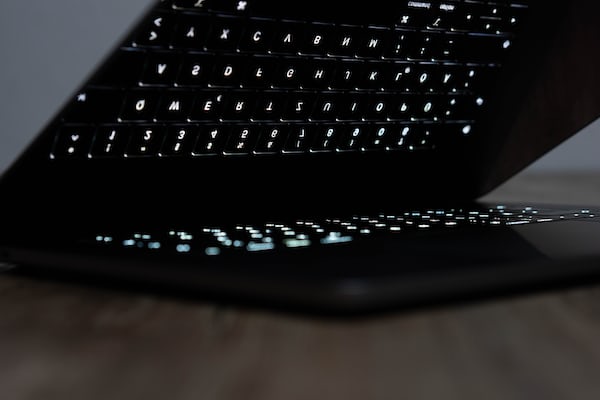 Producer Naoki Yoshida has confirmed that Final Fantasy XVI will not be open world. Above all, it should not be taken as a defect.

Final Fantasy XVI will not be an open world game. It’s not a question of ambition, but an assumed design choice on the part of Square Enix.


Fans may recall that the open world offered in Final Fantasy XV isn’t its greatest quality. Instead, Final Fantasy XVI will rely on a structure articulated around zones, located in the world of Valisthea (composed of six regions). Through the words of Naoki Yoshida, we perceive the desire not to see the narration become diluted in environments that are too immense.


Final Fantasy XVI will be inspired by open worlds

“To build a story that could span an entire universe, we decided to avoid the open-world structure, which would limit us to a single environment,” explains Naoki Yoshida. He admits, however, that Square Enix found inspiration in modern open-world RPGs. Titles like The Legend of Zelda: Breath of the Wild, The Witcher 3: Wild Hunt and Elden Ring must have interested the developers, for their excellence in various fields (exploration, narration, action…).


If the open world has become a norm for ambitious games, it can also seem like a false good idea. There’s nothing worse than an experience that spans many settings, but feels empty when you look closely at the content. Recently, productions have not needed an open world to be considered great successes. We think of The Last of Us Part II or even God of War.


As a bonus, an open world game imposes a solid technical base to be credible and immersive – a level of requirement proven by Cyberpunk 2077 jurisprudence. hand concerning Final Fantasy XVI, in view of the legacy of the saga (Final Fantasy is a beloved brand). But we must emphasize the audacity of a company that does not prefer to give in to a trend, for fear of disappointing. We will remind the most skeptical that the RPG is in good hands: Naoki Yoshida is the man who saved Final Fantasy XIV. And he surrounded himself with big names, according to this tweet posted on June 3.


Final Fantasy 17: Naoki Yoshida is already talking about the subject

Final Fantasy XVI is still very far from its release, since it is scheduled for the summer of 2023, but we imagine that Square-Enix already thinking about the next episode. In the interview tour that Naoki Yoshida realized yesterday, he mentioned the Final Fantasy 17 case, without confirming anything about it, but delivering his opinion to GamesRadar on the future of the saga while justifying his choices for the sixteenth episode.


Final Fantasy 17 with pixel-art and turn-based?

It may have caused some disappointments, but Final Fantasy XVI will focus on action, with much more dynamic gameplay than other games in the saga. However, Naoki Yoshida does not think turn-based is dead, and understands the opinions of fans who may be disappointed with the action direction:


” I fully understand the appeal and potential of turn-based games. I still think Square Enix will have the opportunity to create something like this… Personally, I would say that if you’re going to create something like that, maybe the graphics fit better with that system, maybe going towards a more pixel-art style. But does that mean Final Fantasy 17 will have pixel art? I don’t know anything about it. Because once you’ve pushed the graphics this far with FF16, if you decide to go back to pixel graphics with that, then people are going to be like, “Hey, what are you doing? Why are you going back to pixel-art? » »


A Final Fantasy 17 close to the style of an Octopath Traveler could indeed satisfy the most nostalgic, but we imagine that the general public would have more difficulty. The takeaway here is that currently, Yoshida doesn’t think he’ll be working on the seventeenth episode:


Like all Final Fantasy in short, which has often changed everything from one episode to another. But it is still far too early to worry about it, since we imagine that this Final Fantasy 17 will not arrive for a while.

FINAL FANTASY VII REMAKE ULTIMANIA: ALL ABOUT THE REMAKE


In this very beautiful book which has more than 600 pages, you will have in your hands a real strategic guide to help you throughout your adventure. That’s not all since you will also find plenty of information on the scenario, beautiful illustrations, exclusive interviews as well as other details of the game that you certainly do not know yet.


The book Final Fantasy VII Remake Ultimania is much more than a strategy guide since it also offers you a lot of information on the game. The latter will appeal above all to fans of the saga and of this title in particular.


FINAL FANTASY VII REMAKE ULTIMANIA: ALL ABOUT THE REMAKE

In this very beautiful book which has more than 600 pages, you will have in your hands a real strategic guide to help you throughout your adventure. That’s not all since you will also find plenty of information on the scenario, beautiful illustrations, exclusive interviews as well as other details of the game that you certainly do not know yet.


As a reminder, in 2020, Square-Enix revived a game that marked an entire generation, Final Fantasy VII. It has become the most popular episode of the saga and yet it was released 25 years ago on the first PlayStation of the name.


Final Fantasy 16, how did you enjoy the PS5 hardware?

It’s been 7 years since Final Fantasy XV was released, but Square Enix is ​​deeply committed to the development of the next main installment. One of the most important figures in Final Fantasy XVI is Naoki Yoshida, the director of the fourteenth installment. Although on this occasion he is acting as a producer, the creative has actively participated in the development of this temporary PS5 exclusive. What does it mean to use next-gen hardware?


In an interview with the Official PlayStation Blog, Yoshida mentioned the benefits the hardware offers to the visual and gaming experience: “Thanks to the greater processing power, obviously the graphics are much richer than before, but the lightning-fast loading times They are what impresses me the most.


According to the producer, in Final Fantasy XVI it is possible to go from story scenes to battles in real time and without any loading time. This allows, Yoshida continues, “a dizzying flow. For the director of Final Fantasy XIV, the PS5 technology makes the title “a real roller coaster”.