Fortnite 14 days of summer: all challenges and their solution 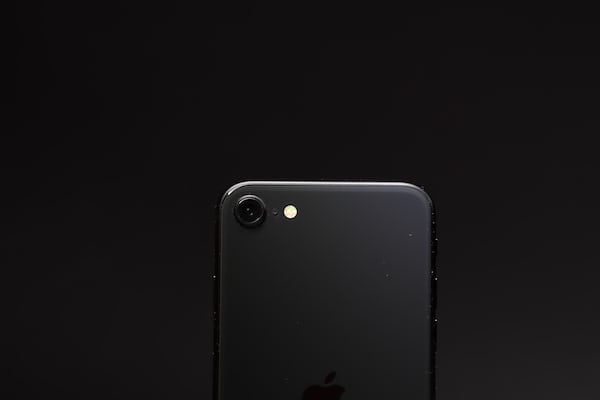 Fortnite 14 days of summer: all challenges and their solution

Epic is sending its new 14 days of summer to the start today with content update 9.30, promising that you “can experience something new in Fortnite every day”. This includes new challenges, limited time modes, special outfits and items in the shop and a reunion with weapons from the safe. On this page we show you what to expect in detail and help you to solve the 14 day summer challenges.

You have probably already seen the leaks of the 14 tasks of the summer event that the data miner “Lucas7yoshi” unearthed from patch 9.3. These challenges await you in Battle Royale, but not all of them immediately, but – nicely staggered – one challenge per day.

Fortnite Season 9: One of these challenges awaits you every day during the 14-day summer event in Fortnite.

There are six beach parties on the map that you have to look for in order to shake your legs. As one would expect from such a themed party, it is only found near the water and beach shores. You should be able to find them easily if you check out the few bodies of water on the map. If you want to know exactly where you can find the party zones, have a look at the page All Beach Parties and where you can find them, we have marked all the places on a map for you. By the way, the emote “End of the sea floor” awaits you as a reward.

Fortnite Season 9: At six of these beach parties you should shake your legs during the 14-day summer event.

The next task is in the game. This time you should look for an oversized beach ball and make it jump. There are three of these balls on the map that are available for you to use. Where you can find them and how you can make them bounce, we show you on the page Jump a giant beach ball – this is how it works . The “Sunbath” loading screen awaits you this time as a reward.

Fortnite Season 9: You should make one of these giant beach balls jump in five different rounds (14 days of summer).

On the third day of the summer event, the focus is on the weapon of the day or, alternatively, the drum rifle. You should put down a total of five kills with the weapons, which shouldn’t be too difficult as there are no other criteria for it. As a reward, the toy awaits you this time : a water balloon that you can slap other players in the face to cool off.

He’s the one with the toughest job in Fortnite. Minute by minute, he wedges hundreds of daring players onto the island – even with this monkey heat – and must never be too late. Reason enough to say thank you to the battle bus driver. This is exactly what you have to do a total of five times on day number 4 of the 14-day summer event. Well, that and the little fact of finishing the match in the top 20. If you have not changed the standard key assignment, you can thank the driver as follows:

Of course you have to be on the battle bus to say thank you. Once you have jumped off, that is no longer possible. So don’t forget it. To make it into the top 20 afterwards, you should rather play defensively if you really want to. But you can also just start playing, sooner or later you will have the 5 matches on the counter. It’s even easier if you team up with other players. As a reward this time you will receive the emoticon: Perfect smoothie .

You have probably already noticed them: the colorful balloons that are always distributed in packs of 3 on the menu at the sun loungers, parasols and beach parties. Exactly this decoration is what you should now burst during the task on the fifth day. How it all works and where you can find the balloons in Fortnite, we show you on the page Popping Party Balloon Decoration – map with all 14 locations . As a reward this time you will receive the spray motif: Sunny .

Fortnite Season 9: This is what the party balloon decoration looks like. Of course, only the balloons are meant, not the lounger (14 days in summer).

Don’t let the “floating” confuse you, because it actually means “floating” unicorns. These are small inflatable swimming aids in the trendy unicorn style that you can only find where there is water. There are a total of 9 of them on the map, of which you only need to track down and interact with 3 to complete the task. The reward for this is the paintwork: neon tropics .

On the Fortnite page : All 9 floating unicorns and where you can find them, we have marked all the locations so that you can get the task over with quickly.

Fortnite Season 9: You should look for these floating unicorns (who actually swim) (14 days of summer).

Meet a player with a water balloon in different matches (3x)

This task is pretty simple, but you must have completed the task “Eliminate players with the daily weapon from the safe or a drum rifle”, because you will receive the water balloon as a reward, which you need for this challenge. If you have already unlocked the toy, you just jump into the next match and use the preparation phase to throw off a player with the water balloon. You do the whole thing at least once in three different rounds and the reward is already yours – the loading screen: Summer battle safe.

Jump from a huge beach umbrella in different matches (3x)

On the eighth day of the summer event, you can look for oversized parasols. You should visit at least one of these huge yellow beach umbrellas in one go and jump on / off its umbrella. You reel off the procedure in three different matches and you will receive a new duck banner as a reward.

Fortnite Season 9: You should jump from these huge beach umbrellas (14 days of summer).

Score trick points with a driftboard with the paintwork “neon tropics” (250,000 points)

On day 9 of the event, you will be sent out onto the slopes to do a few stunts with the driftboard. The task isn’t particularly difficult once you’ve found a hoverboard. Nevertheless, there are a few methods with which you can easily collect points in the millions. You can find out more about this on the Fortnite page : Where you can find drift boards and how you score many trick points .

Fortnite Season 9: Trick points with the driftboard are a no brainer if you are looking for the right place.

Light fireworks all over the river bank (3 pieces)

Day 10 of the summer event falls on July 4th, which Americans celebrate as a national holiday (Independence Day) with lots of fireworks. So it’s not surprising that Epic Games brings a suitable task into the game and assigns you to ignite three fireworks rockets. These are distributed along the bank of the river, which stretches across the map from north to south. Where you can find the fireworks exactly, we show you on the Fortnite page : Light fireworks on the riverside – All 8 locations on the map . By the way, as a reward there is what every grill master needs: grill cutlery. In Fortnite, it serves the purpose as a harvesting tool: barbecue arsenal .

Fortnite Season 9: These fireworks rockets can be found along the river bank. Hunt three of them to the sky to complete the task.

Get at least 10 points on a carnival clown target (1x)

Fortnite Season 9: This is what the carnival clown targets look like, where you should reach at least 10 points.

On day 12 of the summer event, it finally clears up what the giant rubber duck swims on the river is all about. You should visit them with a huge parasol for this challenge. You already know the yellow beach umbrellas from the day 8 task. If you want to know where you can find the duck and the umbrellas and which way is the fastest, you can find out on the Fortnite page : Visit beach umbrella and rubber duck in one match – that’s everything you need to know. As a reward, the back accessory awaits you this time : rubber duck .

Fortnite Season 9: On day 12 you can visit a huge parasol and a huge rubber duck.

On day 13, the summer event is slowly coming to an end, but before that there is still something to do: This time you should look for a tiny rubber duck. You can find a clue to their hiding place on the loading screen “Summer Battle” which you will receive as a reward for the day 7 task. If you want to know where the clue and the duck are hidden, have a look at the Fortnite page : So you can find the tiny rubber duck that is hidden in the “Summer Battle” loading screen over. As a reward this time the piece of music awaits you : glitter .

Fortnite Season 9: You should search for and rescue this tiny rubber duck on day 13 (14 days of summer).

On the last day of the summer event you can let it go again, because you are supposed to destroy 7 grills with the “barbecue arsenal” harvesting tool. You can get the pickaxe in the form of barbecue utensils in the task “Light fireworks all over the bank”, which you have probably already completed. There are a variety of grills scattered across the menu. Often you will only find one copy, but there are also a few places where you can get up to four pieces at a time.

On the Fortnite page : Destroy grills with the harvesting tool “Grill arsenal” – map with 31 localities , we show you all the locations. As a reward this time you will receive the grill banner .

Fortnite Season 9: This is what the grills look like, which you should destroy with the “Grill Arsenal” harvest tool (14 days of summer).

During the summer event, a new playable LTM from the list below awaits you every day.