Fortnite: all weapons and the best guns as a list 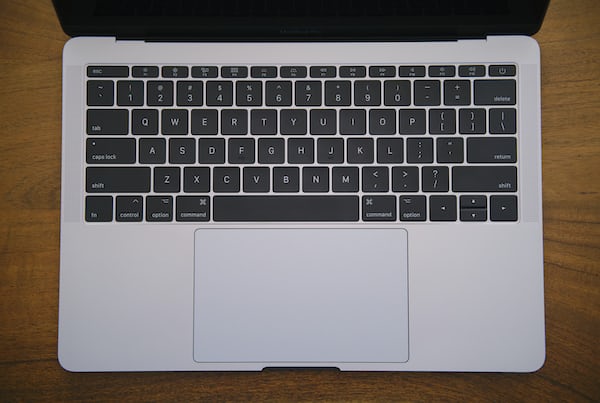 Fortnite: all weapons and the best guns as a list

Although Fortnite blends many different game mechanics into something completely independent and is therefore not just any off-the-shelf shooter, Epic Games’ Battle Royale ballroom cannot do without a colorful bouquet of weapons . The shooting men are, so to speak, the glue that holds together all the fascinating set pieces of the currently most popular game in the world – from the crafting and building system to the last-man-standing concept.

However, the weapons in Fortnite are just as colorful and unorthodox as the game itself. In addition to comparatively generic submachine guns, you will also find quadruple rocket launchers or projectiles with which you can make an entire fortress appear in seconds. As is typical for a Battle Royale shooting, you can by no means make use of this varied selection at will. Instead, you have to go with what you find on the battlefield. This in turn puts out a lot of experience and knowledge of all the weapons so that you can use them in the best possible way immediately. Only those who can adapt their playing style quickly have a chance of victory.

The (luxury) problem here: Hardly a week goes by without the developers at Epic Games making any changes to the guns in Fortnite. Sometimes it’s only about minimal and barely noticeable changes to the balance, then whole weapons disappear from the game – and of course new ones are added regularly. This sometimes makes it difficult to maintain an overview. But that’s exactly why you will find a regularly updated overview of all weapons in Fortnite in this article . It’s worth stopping by more often.

Choosing the right weapon is essential for your survival in Fortnite.

Weapons and their colors: This is what the differently colored quality levels say

Before we talk about the shooting stick, the color-coded system of quality levels should be explained. Fortnite relies on a similar hierarchy as numerous role-playing games, which also organize the rarity of their weapons by color (and thus also by quality). Epic Games does nothing else here either.

You can therefore often find the same weapon in different colored quality or rarity levels, whereby a higher rarity always goes hand in hand with higher quality. In other words: the rarer the cannon, the more powerful it is. You should therefore always prefer the rarer version of a weapon to the more common. By the way, you have the highest chances of getting epic or even legendary weapons with the regularly arriving supplies.

All weapons are divided into the following levels / colors:

Fortnite Sniper: the best sniper rifle and everyone else at a glance

Most guns are designed for specific situations and distances. Unsurprisingly, snipers are the first choice for long distances. You won’t find any suitable shooters for this purpose than the following. The disadvantage: only experienced players can get the most out of sniper rifles.

There are many reasons for this. On the one hand, you have to factor in the so-called bullet drop with every shot. Although Fortnite is anything but a realistic shooter, the game has a simulated loss of height of shot sniper bullets. In other words: These do not fly over arbitrary distances in a straight line, but rather fall away in an arc, the stronger the more distance they cover. If you want to shoot at an extremely distant enemy, you have to shoot over your actual target to compensate for the bullet drop. However, it takes time to develop a good feel for it.

In addition, you can rarely fire more than one calm shot at your target. This is due on the one hand to the extremely low firing frequency of many snipers, on the other hand to the normal player behavior. No enemy will be rooted to the ground like a deer in the headlights, but either hide behind the closest cover or build one themselves. If the first shot is not right, it is often much more difficult to get a clear path again.

That makes semi-automatic sniper rifles rather a poor choice. You can fire more often with these due to their higher rate of fire. But because you also inflict less damage than with a repeater sniper, one-shots are hardly possible. Experienced players therefore always use the repeater.

In the steady hands of skilled players, snipers are by far some of the most dangerous weapons in the game.

Fortnite Shotgun: Why you can’t do without the shotgun

For short distances and close-quarters one-on-one battles, you won’t find a better weapon than a decent shotgun. Their enormous damage output allows them to take out even players with a full shield with one or two hits – provided they have a practiced trigger finger, of course. Shotguns are especially valuable in the early stages of the game, as many players are not yet fully equipped at this point and have comparatively little health.

Shotguns should also always be your weapon of choice for looting houses. The further you move away from the opponent, however, the less benefit you get from these shooters. They are even completely discouraged in a wide, open field.

Which shotgun you choose depends not least on your precision and the respective situation. If you have a free firing path and can aim in peace, the pump gun is the best option, as it causes the highest damage with one shot. In the heat of the moment, however, you might be better off with a tactical shotgun, as it has a higher rate of fire.

Fortnite Assault Rifle: You can find this shooting stick

If there’s such a thing as a standard gun in Fortnite, it’s the assault rifles. They are designed for medium distances and are almost unbeatable in this area. In addition, they have some of the highest DPS values ​​of all Fortnite weapons, but at the same time have high firing frequencies and very good precision. This allows you to use assault rifles in a variety of ways in all phases of the game, but they are particularly valuable in the endgame.

Basically, you can safely bag any weapon in this category. The only exception are the rifle scope variants, which simply cannot keep up with other assault rifles in terms of damage, especially since you are better advised with any sniper rifle over long distances anyway. But you can hardly make a much better find than a (as rare as possible) SCAR.

Assault rifles are an absolute must for every player.

Fortnite submachine gun: every SMG and the minigun in detail

Submachine guns are typical all-rounders and as such are actually less recommended – at least so far. Since the end of Season 4, Epic has spent a lot of time and energy spicing up the weapons in this category in order to finally counter the shotguns, which have so far been overpowering in close combat. Since then the tactical submachine gun has had to give way. But there are top-class newcomers with the regular submachine gun, the casual drum gun and the mighty P90. The latter Wumme in particular has been the spearhead of the SMGs since its introduction.

In addition, submachine guns are great entry-level weapons, as the handling of SMGs is easy to learn, especially compared to sniper rifles and shotguns. The high rate of fire forgives minor inaccuracies when aiming, which is why beginners in particular are well advised to get a first feel for the gunplay of Fortnite with the help of submachine guns.

However, even an SMG can be worth gold in the right situation. Due to their high firing frequency, these guns are ideally suited to keep larger groups of enemies at bay or to target particularly agile, nimble enemies that you would otherwise hardly hit. In addition, there are hardly any better weapons to tear down structures. This is especially true for miniguns, which are by far the most effective creaking for cutting away annoying buildings or similar structures. The only downside: Miniguns use light cartridges, one of the rarest types of ammunition in the game.

Submachine guns are negligible on paper, and yet many gamers swear by them. That’s the way it is with the power of perceived truths.

Fortnite rocket launchers and grenade launchers: these are there

Rocket launchers and grenade launchers are primarily designed to destroy structures – and that’s what they’re great for. You can level entire buildings to the ground in a flash and use them to knock enemies out of their cover. The targeted shooting of opponents, however, proves to be difficult due to the very slow speed of the projectiles.

While you should use rocket launchers for deliberately placed shots, grenade launchers are more suited to wreaking havoc. You can fire a lot of shots in a very short time. But since these mostly hop through the area in an uncontrolled manner, it is damn crisp to target individual targets with them. The difficult prediction of the impact location is both an advantage and a disadvantage, as your opponents naturally also find it difficult to anticipate the trajectory. The use of grenade launchers is therefore always a game of chance.

With rocket launcher you pulverize entire fortresses in seconds.

Fortnite pistol: which pistols are available and what makes them special

Pistols are a dime a dozen – and for good reason: These one-handed weapons are hardly ever recommended and only reasonably useful in the very early stages of the game, when all players are still largely unequipped. As soon as you pick up shooters from other categories, you should throw away your pistol (s) without batting an eyelid.

Quite okay in the very early stages of the game, then little more than wasted inventory space: pistols.

Fortnite grenades: get out of cover!

There is now a very nice selection of different projectiles. But you always have to be meticulous about when you use which grenade, as they differ enormously. While only the normal grenade is suitable for causing relevant damage, the other projectiles each have their own special features and are designed for a wide variety of purposes.