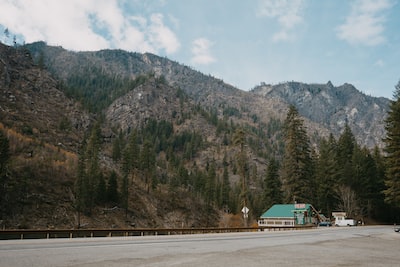 Week 5 is in Fortnite: Battle Royale started and with it some new challenges. As in almost every previous week, there is also a new treasure hunt among them. This time the corresponding Battle Pass Challenge is ??Follow the treasure map from Anarchy Acres??.

As usual for the treasure hunt, a Battle Pass star beckons as a reward, which will bring you a remarkable ten Battle Stars for your Battle Pass. This is, so to speak, a free level-up (or at least an easily earned level) that allows you to unlock new cosmetic items and other goodies.

So that you don’t have to spend unnecessary time searching, we show you on this page where you can find the treasure map of Anarchy Acres and where the star is hidden. Remember: Battle Pass stars are not freely visible in the game world, but only appear when you (or another player) walks over the relevant spot and examines it.

The task already reveals that the treasure map must be found somewhere in Anarchy Acres. For the successful completion of the challenge, however, it does not matter whether you have seen the map with your own eyes or whether you run straight to the treasure’s hiding place. So if you want, you can skip this point and walk straight to the star (see next point).

However, if you want to see the map for yourself, jump over Anarchy Acres (grid square E2 / 3 and F2 / 3). If you want to arm yourself for the search first – which makes perfect sense, since other players like to ambush the treasure hunters for easy kills – you should find enough weapons and goodies in the sheds and houses.

You can find the treasure map – as usual – in several places in Anarchy Acres. The most striking point is likely to be the small woodshed in the very northeast of the settlement. Alternatively, you will also find what you are looking for in the large wooden barn in the southeast behind the bales of straw.

If you have the map in front of your eyes, you can see a prominent llama in the upper left corner standing on a mountain. Already with this note it should be clear that the structures diagonally below to the right are the junkyard Junk Junction. Based on these two points and the course of the road drawn in, you should see those marked with ?? X ?? can easily find the marked spot.

Regardless of whether you found the treasure map yourself or not, you have to go to the north-west of the game world for the treasure. To be precise, a little bit west of Junk Junction in grid square B2. You should already know the huge llama in the north of the car junkyard (at B1) from the first week or have found it while exploring the map and the junkyard should also be known.

So you only have to follow the course of the road to the west until you see the towering stone on the increase at the curve. Stand directly in front of the south side of the rock and the star will appear. But be careful, the terrain offers very little protection and invites snipers to blow careless treasure hunters when they try to approach the rock.