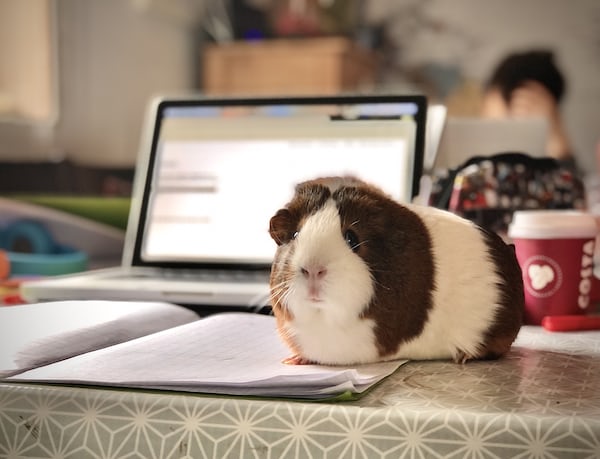 Fortnite wins the Golden Joystick Ultimate Game of the Year Award, a polished Killer7 returns to Steam, and Star Citizen is still a money printing machine. This and more in the WKNDW8 of November 18, 2018!

Fortnite wins Game of the Year at the Golden Joystick Awards

November 16 was the day again: the Golden Joystick Awards were presented! For more than 35 years, the ceremony has hosted awards for best story, visuals, audio, you name it. Previous winners of the “Game of the Year” award were Breath of the Wild, Dark Souls III and The Witcher 3. This year the honor went to Fortnite, but the other big winner was God of War, with no less than five awards: Best Storytelling, Best Visual Design, Best Audio, Playstation Game of the Year and Santa Monica as Studio of the Year. De Wacht lists all categories for you:

Killer7 is now available for purchase on Steam

Do you remember that crazy Suda51 game on the PS2 / Gamecube? Do you want to play it one more time, but are you too lazy to reconnect all those old devices? Good news! From the day before yesterday, the classic can be downloaded on Steam. There is still some tweaking – support for a 16: 9 aspect ratio, 60FPS and some polished textures here and there. As icing on the cake, it comes with a fairly soft price tag – for only 18 euros you have this bizarre trip in your digital collection.

Star Citizen is bringing in 200 million

In 2013 Cloud Imperium Games launched the Star Citizen Kickstarter campaign, raising no less than 2 million dollars. In addition to the Kickstarter, you could also donate on Star Citizen’s own website – and where the Kickstarter was ready again within a month, the money kept pouring in through that website. So five years later, the counter is at $ 200,079,458. You can build a nice game out of that! The website even shows how much is “crowdfunded” per hour. In the time I’ve been typing this Watch, they’ve raised over $ 8,000 again. Bizarre.

In addition to Killer7, some LucasArts classics are also for sale from yesterday. Escape from Monkey Island! Star Wars Episode 1: Racer! They are all not too pricey either. Here the full list:

An anonymous PS4 user has used save editor software to view Arthur Morgan in his Adams costume. He has managed quite well, although he looks like a Barbie doll from below. It is not yet known exactly how he did it, but would you like to explore the wild west in your bare bottoms?

In an interview, Supermassive Games Executive Director Pete Samuels was asked why “The Dark Pictures: Man of Medan” was not exclusive to PlayStation 4. The reason for this was that she wanted to give the game the widest possible audience, but also added that there are several PlayStation-exclusive games in the works. Until Dawn 2, anyone?

That was him again for this WeekendWacht. Later!