Fortnite Boss Guide: So you defeat the Storm King (Halloween 2019) 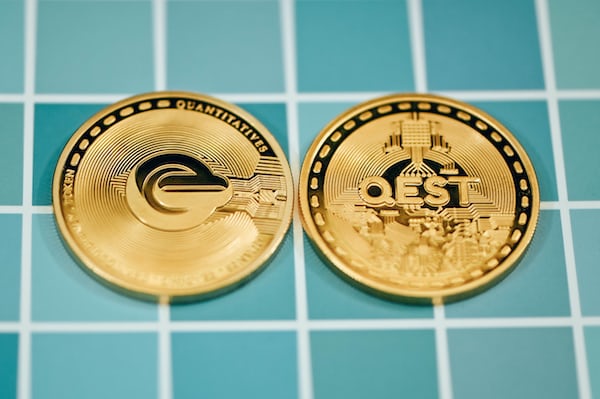 Fortnite Boss Guide: So you defeat the Storm King (Halloween 2019)

For Halloween 2019 , Epic is delivering a special PvE combat event with the new LTM Sturmkönig , which you can experience as part of the nightmares challenges . Since the boss fight is not easy, we tell you on this page what to expect in the fight and what you have to look out for in order to achieve victory. By the way: Basically, you can easily complete the three tasks – attacking the weak points, reviving friends and defeating the Storm King – in one round, but it doesn’t matter if you tackle the challenges over several matches.

This is how the fight, the boss attacks and the hulls work

The fight against the Storm King is much more demanding than you might initially think and takes between 10 and 20 minutes. There are several phases that you have to reach one after the other: At the beginning of the fight, the boss is only vulnerable through his various weak points. So there’s no point in shooting blindly at the boss – that’s just a waste of ammunition .

Most of the time you will be busy destroying the covers (adds) (or evading them), scraping fallen comrades off the ground and collecting ammunition / weapons and items. Only in the last phase of the fight can you attack the boss and bring him down. Before doing this, you should know what to look out for:

Basically, you should keep a close eye on the boss or his line of sight, because most of his attacks are directed straight ahead. For this reason, you will often want to position yourself behind him, which is not a bad idea at first. However, there are some target points in the course of the fight that you can only hit from the front or at least from the side. We therefore recommend a position to the side of the boss if it makes sense. But since the boss turns quite often and the sleeves (adds) stick to your cheek all the time, it is not so easy to constantly flank the boss. The purple craters help you move quickly – they work like jumping surfaces.

In short: you need the firepower of each of the 16 players to get the boss down. If you lose too many players too soon, your hulls simply run over you or you cannot do enough damage in the important phases. So the key element in this fight is manpower.

The Storm King’s laser will often send a player to the ground, but the greatest danger is the hulls. They also often prevent you from spackling a colleague off the floor. So pay attention to your surroundings during rescue operations and use structures to protect knocked players and yourself from being resuscitated.

The many shells of the Storm King make it quickly difficult to get team members back on their feet. So better put up some walls for protection.

Don’t worry about equipment, you start the fight with a pistol and 138 rounds of ammunition and there are some chests and items on the island. The casings ensure a constant supply. Remember that the boss is not harmed at first. So use the first, quiet moments to get equipment and materials.

In the first phase of the fight, you can only damage the Storm King by attacking his weak points. You will recognize them immediately when the Storm King reveals them, because on the one hand you will immediately see a hit point bar at the top of the screen when they appear. On the other hand, the large, glowing yellow crystals on the Storm King’s body stand out from the rest and are also marked by a white-purple diamond.

The yellow glowing weak points of the Storm King are your primary target.

If you carefully observe the weak point’s hit point track, you will see that it is divided into three segments. Each segment represents a weak point that needs to be destroyed in the phase in order to initiate the next phase.

Tip: Save the heavy artillery for the horn phases, where high burst damage is required in a short time. SMGs have proven themselves here.

If you have destroyed the first three weak points of the Storm King, you go straight to the next phase of the fight. Now it is a matter of destroying the bright yellow horn (right) of the Storm King. The boss barely moves during this phase, so it is not too difficult to hit the horn, but if you still have sleeves stuck to the hoe, it can be quite annoying.

Warning: If you do not manage to destroy the horn in time, the boss recovers and the first phase begins again. So you have to destroy the three weak points again before you can attack the horn again.

If you have destroyed the three weak points of the Storm King, you can attack the first storm horn. Hurry up, because you don’t have forever.

Phase 3: Eliminate the next weak points

If you have destroyed the king’s first storm horn, he will be immune to damage again for some time. You should use this time to pick up fallen comrades-in-arms and destroy hulls and their spawn points that are running around and to collect equipment for the fight. Apart from that, the first phase is now repeated again. In other words: three weak points appear one after the other, which you have to destroy. However, these now spawn in different places than in phase 1:

Phase 4: Break off the second horn

Once you have destroyed all three weak points again, the fourth phase of the fight begins, in which you now have to destroy the second storm horn. As with the first time, the boss doesn’t move too much, but the covers can make life difficult for you and on top of that the horn can withstand a lot, so it can happen that you only bring it down to half HP before the time is up and have to play phase 3 again to give him the rest.

Save your heavy artillery for the Sturmhorn phases.

If you have also destroyed the second horn, the fifth and final phase of the fight begins immediately, in which the Storm King himself is finally attackable (you will see his hit point bar at the top of the screen again).

First of all, you have to get closer to the boss, because the storm zone shrinks to about half its size. Also, be prepared for a rather hectic phase as everything happens at once. In other words: There are countless small and large shells running around, the boss fires around with his purple laser and occasionally lets meteors rain from the sky. So it’s primarily about surviving somehow and wearing down the boss.

In the end you have to hold on and survive until the Storm King is defeated.

You can earn multiple medals in battle. You get:

Furthermore, the fight throws a lot of experience points. How much depends on how long you can get through the fight. In the end it can be 100,000 EP. Not to forget: If you fulfill the three nightmares challenges, you will receive the spray motif “Royal Wrath” for 10,000 points of damage to the weak points, the Storm King banner for three revived comrades and the parachute “Storm sail” if you defeat the boss.

More about Halloween and the Nightmares Challenges