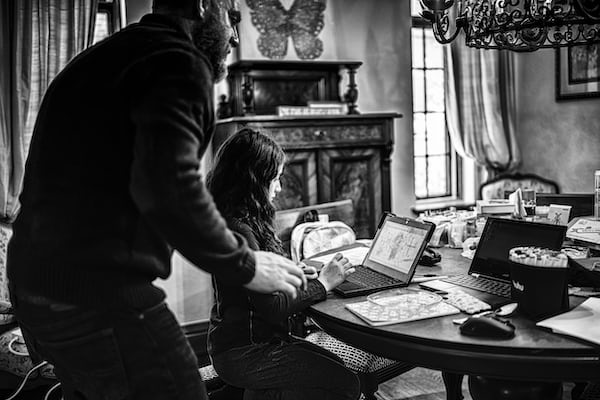 The wait is over: Fortnite Chapter 2 it’s here.

After the explosive end of Season X, Chapter 2 brings us a new map and new activities, such as fishing. It also includes a new Battle Pass that unlocks the Chapter 2 skins.

If you are starting to play, our guide with tips and tricks of Fortnite Battle Royale can help you.

Now that the Fortnite Chapter 2 Battle Pass is available, these are all the skins you can unlock:

Season 5 is here! With it comes the new Battle Pass for Fortnite Chapter 2 Season 5, which will allow you to unlock the skin of The Mandalorian. We also reveal where Razor Crest, the Mandalorian’s ship, is on the new Fortnite Season 5 map, and how to get Gold Bars with a new mechanic: Contracts. If you win a game, you will get the new Victory Umbrella.

All Fortnite seasons include new Challenges and the arrival of Chapter 2 hasn’t changed things. Below you will find a list of links to our guides dedicated to each new set of Fortnite Chapter 2 challenges:

We will update as new challenges emerge.

Similar to previous Fortnite seasons, Chapter 2 offers a ton of new rewards, most of which are only available to Battle Pass buyers.

You can unlock some of the rewards using the free Battle Pass, but to unlock the rest you will need to have the Battle Pass.

The Battle Pass is a paid item that costs 950 V-Bucks. You can get 1,000 V-Bucks for around € 10 or get V-Bucks in-game through various activities.

This is all you can instantly unlock with the premium version of Fortnite Chapter 2 Battle Pass 1:

The standard version of the Chapter 2 Battle Pass instantly unlocks this:

Cosmetic items and other Battle Pass rewards are unlocked by completing Challenges added weekly. These challenges can be anything from using a specific weapon to finding a hidden object on the map, and completing them will allow you to level up the Battle Pass.

You can complete the Challenges to earn the Rewards at your own pace during the Season, but keep in mind that once the next season begins, progress will reset and a new set of rewards will appear to unlock.

How did we get to Fortnite Chapter 2?

To truly understand how we reach Fortnite Season 2, we have to go back to Season 9 first.

In the final weeks of Season 9, we witnessed the fight between Cattus, the monster that was trapped under Polar Peak, and the Mecha, which had been built at Pressure Plant.

During this battle, the Mecha opened the crypt of the Booty Pool and took away a glowing sphere. Using this sphere and a gigantic sword, the Mecha defeated Cattus.

Here’s how #FortniteEvent The Final Showdown – a huge robot versus monster battle taking place across the map – wrapped up ?? pic.twitter.com/Q7BthxTFSL

During the following week this sphere, now known as Zero Point, began to break apart; until, on August 1, it exploded completely.

The explosion created an antigravity zone in Raft of Booty. A little later, “rift zones” – objects that, when activated, change the nature of a particular zone – began to appear around the entire map. In theory, these rifts appeared to be channeling the power that Raft of Loot radiated, and when activated, they transformed the area surrounding it into a location from a past Fortnite season.

The cracks, however, were not the only temporary alteration that was occurring.

Dusty Tinderbox had also returned, and above it, and frozen in time, was the meteorite that had originally destroyed this location. Inside one of his warehouses, computer monitors and symbols referring to “The Visitor” began to appear.

The Visitor has returned.

During Season 10, the Visitor built a rocket over Dusty Powder Keg, and in the final week of the season, players found voice notes left there by the Visitor.

These recordings revealed that the Visitor was part of a group called The Seven and whose mission was to contain Zero Point. To do this, however, the Visitor would have to “create a loop”.

From what we can understand, “create a loop” means that the Visitor would have to enter, intentionally, in a temporary loop. This would allow him to stop Zero Point, but it would also erase his memories, and that is why we found those recordings: they are reminders of the Visitor for his future “self”.

The Visitor also mentioned a mysterious “It” that was watching events unfold.

When Point Zero exploded, it created this black hole

How the event of The End happened.

The Dusty Powder Keg Rocket launched its launch and disappeared into a crevasse. It then re-emerged from the rift above Gotham City and flew across the map, disappearing again near Soto Solitario.

Six more rockets appeared from the other cracks, flying around the map and the meteorite. Later, the rockets created a new rift in front of the meteorite, which thawed and also fell through the rift.

A last crack appeared, then, over Raft of Booty, and the last rocket collided with Point Zero. This sent all the players flying through the air.

From that height, the players were able to observe how the remaining six rockets and meteorites had appeared through an even larger rift, and collided with Zero Point.

The explosion created a vortex that engulfed the entire island, its inhabitants, and even the lobby.

The players were left alone with the black hole, which was emitting a blue light, and a secret message from the Visitor. – ‘I was not alone. There were others outside the loop. This was not planned. Nothingness is now inevitable. ‘

The meaning of these words is still a mystery, but it may be resolved during the course of Chapter 2.