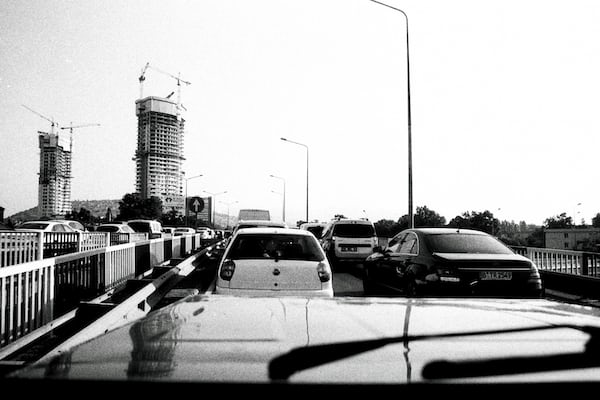 Kevin has exploded! You can read below what caused the Fortnite cube. In other news: Diablo Immortal offers masses of loot with twist, Nintendo accused Nintendo of racism in Super Smash Bros. Ultimate, Warcraft III: Reforged is slightly rewritten, WoW Classic reveals content scheme and Spyro on its way to Snoop Dogg.

The Halloween event in Fortnite just ended with a bang. More than 3.5 million people were glued to their monitors for the event that was broadcast live.

A few months ago there was suddenly the Cube. Cube Kevin caused a lot of commotion, he was responsible for destroying Tilted Towers and Loot Lake, and spawning zombies. After tonight, however, it is over with Kevin …

The explosion was accompanied by a lot of light. After the light had disappeared, the players suddenly found themselves in a kind of interdimensional space with a whirlpool in the middle. There was also a rift butterfly.

After a kind of Butterfly Effect moment, the players fell down en masse. They then ended up on a completely renovated Leaky Lake.

Challenges for a Lil ‘Kev backpack are now live.

Diablo: Immortal promises tons of loot, but with a twist

There has been a lot to do about Diablo: Immortal since Friday. Blizzard announced this mobile spin-off at their annual BlizzCon. Fans felt cheated and shouted at the devs. Partly because of an (unjustified) silent hope for Diablo IV and because they did not expect the developer to close their opening ceremony with a mobile game.

However, there are also cautiously positive voices. People who have played the game now say that Diablo: Immortal really isn’t going to be a monstrosity. It is now also clear to everyone that Blizzard is just busy with Diablo IV. And finally, we all understand that there is simply a lot of money to be made with mobile games. All over the world, people play games on their smartphones and tablets. In fact, for many young people, it is their main platform.

However, you can very well form your own opinion about the announcement. The Guardian would just like to tell you a little more about the game.

“We imagine that, very much like take the best elements of , hopefully even improve them, and Diablo: Immortal will carry those across. So that’ll mean you can expect the fountain that you’ve become used to. It’ll be a combination of some incentive to run specific dungeons and fight specific bosses. Not everything will just be kind of random world drop, but a lot of it will be random world drop and then the best game has elements of both. ”

Adham states that this mobile game will again drop lots of loot. Yet the system works differently than in Diablo III, for example, where the so-called “loot fountains” contain random shinies. However, in Diablo: Immortal you can farm certain bosses for a specific piece of loot. Just like you already do in that other Blizzard game: World of Warcraft.

So it seems like Diablo: Immortal isn’t simply becoming a mobile clone of its big brothers. However, since the game is still early in development, there is not much else to say about the gameplay. However, Adham is already sure: “playing is believing”.

Take a break. The Guardian has again selected four new trailers for you. Take a quick look at:

Nintendo didn’t make it through the weekend unscathed either … A number of people on ResetEra had noticed that the character Mr. Game & Watch in Super Smash Bros. Ultimate wears a traditional Native American headdress and uses a torch as a weapon.

The above is a reference to the Game & Watch game Fire Attack from 1982. In it you fight a fight between Indians and cowboys. That the Mr. Game & Watch in Super Smash Bros. Ultimate is portrayed in the same way, many people go wrong. They call it a racist stereotype. However, there are also a lot of people who dismiss the charges.

Whatever your opinion, it remains striking that Nintendo Mr. Game & Watch has not been adapted. The company has previously done that for the Game Boy Advance version of Game & Watch Gallery 4. In addition, the Indians were replaced by bandits, with the headdress being completely removed.

Nintendo has not yet responded.

Warcraft III: Reforged should be closer to World of Warcraft

The Guardian told you on Friday that Blizzard is in the process of cleaning up Warcraft III. This shiny remake is called Warcraft III: Reforged. However, Blizzard promises more than just upgrading the images.

To begin with, it is now clear that Warcraft III: Reforged is compatible with the original Warcraft III, for example old mods can be used with the new remaster. However, that does not mean that the game remains unchanged, for example the game gets a lot of (balance) tweaks and the story is (slightly) adjusted to match the lore in World of Warcraft.

For example, Blizzard would like to highlight some of the main characters, such as Jaina and Sylvanas, as their original roles were quite small. Also consider adjustments to locations and landscapes, Stratholme in Warcraft III: Reforged will soon be more like the dungeon in World of Warcraft.

What do you think? Are you okay with Blizzard making (small) adjustments? Or do you prefer to start the original Warcraft III this way?

You will also know that BlizzCon 2018 was on! De Wachtster has an update about one of the games at the fair. World of Warcraft director Ion Hazzikostas has released more details about the plans for World of Warcraft Classic.

To begin with, Hazzikostas announced that they will leave World of Warcraft Classic in its Vanilla state as much as possible. That only means small tweaks, such as improved inventory management and more social features, but that core gameplay is preserved. Think of manually searching for a party for dungeons and waiting an hour for mail.

Furthermore, Hazzikostas confirmed that World of Warcraft Classic will start on patch 1.12. Subsequently, newer content is gradually released. That happens the moment Blizzard decides the game is “ready”. When that is, however, remains unclear. What we do know is that the content comes in so-called “stages”.

The game will release with Molten Core, Dire Maul, Onyxia, Doom Lord Kazzak and Azuregos. In stage 2, Blackwing Lair, battlegrounds, PVP rewards and Zul’Gurub are then added. Stage 3 will then include Ahn’Qiraj, Tier 0.5, Silithus content and Green Dragons. Finally, stage 4 follows with Naxxramas and the Scourge invasion.

It is currently unclear whether Blizzard will eventually add expansions to WoW Classic.

Spyro on his way to Snoop Dogg

Snoop Dogg turns out to be a huge fan of Spyro the Dragon. The lucky one will receive his copy of the Spyro Reignited Trilogy in a very special way.

A fire-breathing Spryro drone flies from New York to Los Angeles to cheer Snoop Dogg with the Spyro Reignited Trilogy.

The Spyro drone is being tracked via Twitter. And that is more interesting than it sounds, Spyro has already raced over a swamp and seen someone getting his image tattooed.

I’m down here exploring the Spooky Swamp. Then this joker pulls up revving his fan. Had to put him in his place. # SpyroToSnoop # SpyroDronepic.twitter.com / ZvLjyGeur

The Spyro Reignited Trilogy can be checked on PS4 and Xbox One from November 13.

Today in memes and stuff an ode to spam moves and scary secrets in games.