Fortnite: Date of Chapter 2 Season 7, possible subject of aliens and everything we know about the new Fortnite Season 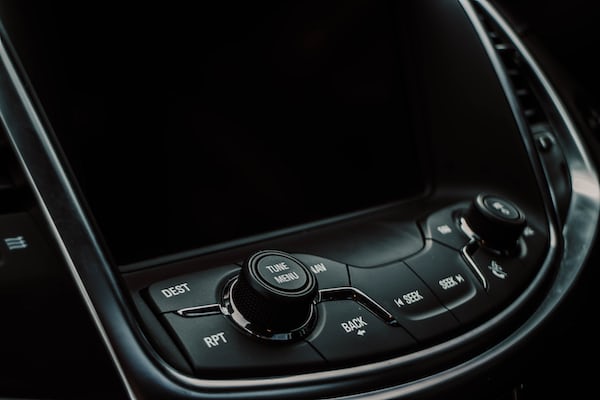 Fortnite: Date of Chapter 2 Season 7, possible subject of aliens and everything we know about the new Fortnite Season

The Fortnite Season 6 It’s almost there, and we’ll be leaving the wilds of Season 6 behind us soon.

The new season will continue the story of Agent Jones and Point Zero, after The Foundation had to be sealed inside. Season 7 will, of course, bring new Battle Pass skins, challenges, and map changes.

On this page you will find the Fortnite Chapter 2 Season 7 release date, the estimated start time, and everything we know about the upcoming Fortnite season.

Epic Games has confirmed that the release date of Fortnite Chapter 2 Season 7 It will be Tuesday, June 8.

Considering the time that Season 6 began, we assume that the Fortnite Chapter 2 Season 7 start time will be:

Keep in mind that we are talking about estimates and that, whatever happens, there will be a waiting interval next to the new patch to download.

What do we know about Fortnite Season 7?

Thanks to an ARG and in-game clues we know that the theme of Fortnite Chapter 2 Season 7 will be “aliens.”

Keeping the theme, Season 7 will be called “They are coming”, confirmed on the official Fortnite website and a short promotional video.

The clues to the arrival of Season 7 began with an alternate reality game, in which players had to complete activities in the real world.

The ARG for Season 7 began on May 22, when some people started receiving postcards with the phrase “They are coming” and a mysterious glyph. At first they were a mystery but it was soon seen that it was part of the promotional campaign for Fortnite Chapter 2 Season 7.

Not sure what this is but i guess its something? #theyrecoming pic.twitter.com/oIlIj6fo1q

Postcard-like posters started to appear in real world places like London, each with a local phone number, but we’ll get back to the phones later.

Posters have now been Found in Sydney Australia with an Australian phone Number pic.twitter.com/ZfZo7576K4

As the posters and postcards appeared, several Fortnite content creators in the UK, US and Australia were receiving DVDs and DVD players with “Coming” handwritten on the disc. Each DVD featured a short video of an actual location in their area and a glyph or circle on the crop.

InTheLittleWood was one of the content creators who received a package like this – you can watch the video below.

Any ideas? Its gotta be Fortnite right? pic.twitter.com/gm6UK929Q7

Importantly, there are no hidden messages in the archives and they are simply Season 7 promotional materials. The phone number audio files are a different matter.

There are four phone numbers in total: one for the United Kingdom, one for Australia, one for the United States, and one for Germany. After calling, a 30-second recorded message sounded with various voice lines and strange sounds. The message changed over five days.

In total there were four voice lines, the first appeared on May 24 and was listening to “there is something strange here”; the second said “we are still deciphering the signal.”

The third stated “if any of you are good at weird signals, please take it” and then “we have movement in the signal. This thing is bigger and weirder than any of us thought.”

Quick little update on the #theyrecoming situation.
So this phone number related to this ARG was updated again, and when it was put onto a spectrogram we can see that kangaroos are on there, making it likely that they will appear in Season 7? #Fortnite # fortniteseason6 pic.twitter.com/ o2CzyJkAAn

The final line simply said “look at the sky. They have found us.”

Now we have to talk about spectrograms.

A spectrogram is a visual representation of the frequencies of an audio and, by manipulating the intensity, symbols can be hidden in an audio file. As you may have seen in the tweets above, each message included symbols in the specttograms.

Some of the symbols are a hint of an imminent alien invasion, while others focus on kangaroos, which may be the new wild animals coming to the game.

You can find the spectrograms of all the phone calls in the iFireMonkey tweet:

VIA Violet on the Discord version video: pic.twitter.com/rFJqWST4oF

Now that we’ve covered the real world topic, let’s take a look at the clues in the game. They include various challenges such as repairing the broken telescopes or investigating the downed black helicopter.

Tuning into the helicopter radio was a message from the Imagined Order, Agent Jones’ former bosses. They seem to be planning an operation that includes moving a truck to a location.

The third track made us follow radios to get to hear messages from Mari, Dennis or Turk.

Mari has a radio show about alien sightings on the island. In the end he draws the attention of the Order and contacts Doctor Slone, Agent Jones’ former boss. Dennis is another alien enthusiast and Turk tries to find Mari after his show disappears.

Circles have also appeared in Harvest on the game map.

Meanwhile, some players have suffered alien abductions on the map, but their appearance is random. If they catch you, they will take you to a random place on the island.

A Loki skin has appeared on the June Fornite club members’ loading screen. We do not know if it will be purchased separately or it will be a character that is obtained as the Neymar Jr skin from Season 6.

We hope that Season 7 will continue the Zero Point theme. The last time it was mentioned was in the Zero Point crisis event that connected Seasons 5 and 6.

We helped Agent Jones and The Foundation (member of the Seven) to prevent Zero Point from breaking. The only solution found was for The Foundation to seal itself within Zero Point itself and overload the device Agent Zero used to travel between dimensions.

This separated the new allies, trapping Agent Jones in the loop and leaving us with no answers.

Agent Jones was a member of the Order, and seeing as the Foundation attacked him upon seeing him, it is clear that the Order and the Seven do not get along. The Foundation only stopped when Jones promised Genō and the sisters.

We don’t know who the sisters are or if Genō is a person or a place.

Hopefully we will know the answer to some of that news in Fortnite Season 7.