Fortnite: Finding Between a Metal Bridge, Three Billboards, and a Bus Wreck (Week 6) 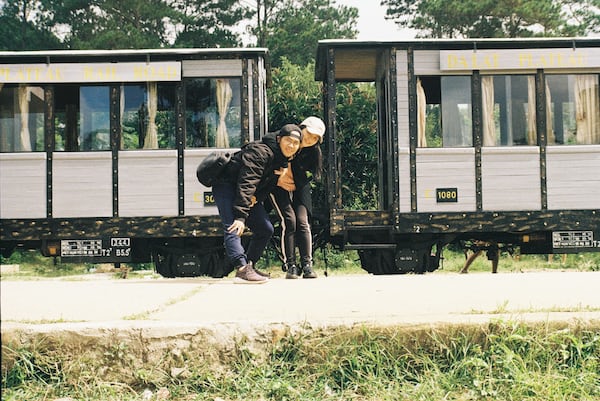 Fortnite: Finding Between a Metal Bridge, Three Billboards, and a Bus Wreck (Week 6)

In the Battle Pass week 6 you will be challenged Search between a metal bridge, three billboards, and a wrecked bus as a new treasure hunt that will be rewarded with ten stars for your Battle Pass.

If the hints “metal bridge”, “billboards” and “bus wreck” just put a questioning expression on your face or you can’t find the hidden star despite these clues, don’t panic, on this page you will find out everything you need to know to solve this problem need to know.

As always with this type of task, we will first give you a few more detailed hints and directions in case you want to carry out the search yourself and only get stuck at one point. If you just want to quickly find out where the Battle Pass star is hidden instead, just skip the next point. Further down on the page we resolve the search and tell you exactly where to go.

The first rough direction in the search for the right location is the southeast of Shifty Shafts, the one in the central southwest of the map (grid square D7). If you already know the place or if you approach it from the air by glider, the bridge southeast of Shifty Shafts (top right corner of grid square E8) should tell you something. This is the one you are looking for Metal bridge.

If you follow the course of the road of the bridge to the northeast, you will inevitably come to the said one three billboards that stand on a small hill right next to the road. The Bus wreck is not as easy to find from the ground as from a lofty height: It stands on a ledge of the mountain that borders Shifty Shafts to the east (upper left corner of grid square E7).

If you have found the three points, you know the area in which you have to search. However, it shouldn’t be too difficult for you to find the Battle Pass star. One last tip: It’s pretty much in the middle of the three points. As usual, the star is not visibly placed in the game world, but only appears in front of you when you or another player walks over the place.

If you don’t want to search long for the right place or if you can’t get any further, take a look at the following map, where we have marked the hiding place of the star for you.

If you connect the three points of the bridge, billboards and bus wreck, you will come across the distinctive and quite steep hill, on which three fir trees grow. Other players may already be romping around there, then you can see the star from afar. If not, stand on the grass-free area in the middle of the three fir trees and the star will appear.

Caution: The hill does not offer too much cover and the significantly higher mountains in the area invite snipers to besiege the target point. So expect that you will be ambushed and arm yourself accordingly. Either by securing the area with building parts or by getting equipment beforehand.