Fortnite – Guide on Getting the Fortnite Ninja Skin 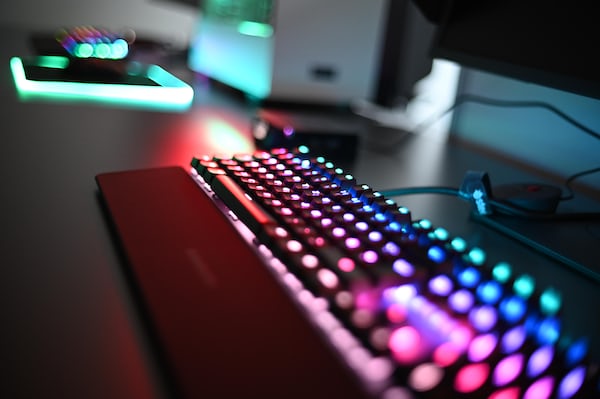 Fortnite – Guide on Getting the Fortnite Ninja Skin

Ever wondered how players got a skin of one of the most popular streamers on the planet? Here’s how.

For a lot of players, the popular Battle Royale title isn’t all about using a Fortnite tracker to improve their game, or building and looting that makes up the foundations of the game. Cosmetics play a huge part of Fortnite for many fans, and introducing a Fortnite skin for the likes of Ninja made a big impact earlier this year.

This gave players the opportunity to use Ninja’s likeness in the game for the first time. With his unique blue hair, coupled with a futuristic coat and his logo also featuring, those who follow the streamer were able to be amongst the first to play as a streamer’s likeness. The Fortnite skin is part of the Fortnite Icon Series, which brings “the artistic vision, personality and attitude of top creators to Fortnite.”

What Does the Fortnite Skin Feature?

If you wanted to pick up the Ninja skin, you would receive a few neat features. As well as the Njnja outfit there was also an Edge Back Bling, and the Dual Katanas Pickaxe. So there is some authenticity there, but for a true Ninja feel there is also the Pon Pon victory dance, which serves as Ninja’s emote.

If you wanted to find this skin, then there was a specific way of doing so, which we will discuss below.

How to Get the Ninja Skin

To get the Ninja skin, you need to wait until the cosmetic has gone live. Epic Games has a habit of going through the introduction of Fortnite skins on a regular basis. These are often put into rotation, meaning they often disappear only to be brought back at a later date. The skin when available costs 1,500 V-Bucks, and you had to be logged in at a specific time. The code NINJA was also provided by the streamer when it first arrived. This code was revealed in a tweet in which Ninja expressed that it was his dream to have a skin in Fortnite ever since he started playing the game, and that his dream had now become reality.

Will the Ninja Skin Return?

As stated, Epic have a habit of bringing back Fortnite skins from the past that have been in rotation. We could honestly see it again sometime soon, but there is no way of knowing at this time. Given his popularity, you would expect to see it again at some point or other. With the closure of Mixer, at the time of writing this we know that Ninja is looking at a new platform to stream on. Perhaps the hype surrounding that will be enough to bring the skin back.

For the time being, we will need to sit tight, and if you have the Ninja skin already, then prepare to Pon Pon your way to victory on the battlefield. Who knows, you could be sporting a Fortnite skin that is set to become one of the rarest available in the game altogether if it does take a while to return.

Have you got the Ninja skin? Let us know in the comments section below!