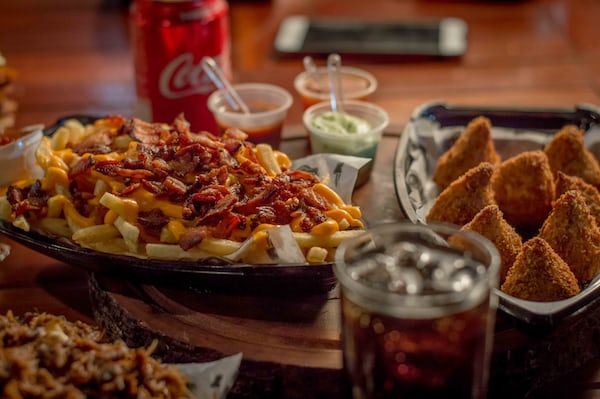 Today Epic released the hotly anticipated Patch 6.10 onto the servers – and it turns out bigger than expected. The recently announced Quard-Ramme is already finding its way into the game, the performance has been improved for PS4 Pro gamers and there is now a central point of contact for competitions in the Battle Royal.

Of course there is also something new in the “Save the World” PvE mode. Here you can look forward to two new weapons, the announced strength level restrictions have been implemented and there is a new type of mission alarm with which you can test future content.

We have summarized the most important highlights of the rather extensive update for you below.

Late last week, Epic pulled the nose for survivors with a newly announced vehicle, the Quad Ram. The bright yellow quad with a ram shield on the front and a rocket drive in the back is a two-seater that catapults you forward quickly for a short time. The following trailer gives you a first impression of what is possible with it. For more information about the new vehicle, visit Fortnite: The Quad-Ramme and everything you need to know about it.

Epic has made some adjustments to the currently running, time-limited game mode “Disko-Dominaz”. Ordinary weapons no longer appear and the spawn rate of units has been halved.

Competitions (tournaments) are very popular in Fortnite and are being held more and more frequently. For this reason, Epic is now also introducing the new “Events” tab in the main menu. From now on, the same serves as the central point of contact for all current and planned online tournaments in which every player can participate.

The principle of the game is relatively easy to understand: tournaments always take place on certain days at fixed times. If you register (or your whole team) for a tournament, you start with zero points and collect points for each match for the duration of the tournament (several hours) by killing opponents or staying alive longer. As opponents, you will always face other players with a similar score. If you collect enough points during a tournament, you will receive a “gold award” for the respective competition.

Epic has been working on improving the performance of the console version of Fortnite for some time. Now owners of a PS4 Pro and a 4K TV can see the result. If you are one of those people who paddle around a 4K device with a PS4 Pro, you will now find that Fortnite is no longer only rendered in 1080p, but in 1440p.

The “Taschenburg” has been deactivated for the time being due to some problems. To compensate, Epic increases the drop rate of the smaller version “Pocket Fortress” from 3.05% to 4.89% as long as the pocket castle is deactivated.

Furthermore, the remotely guided missile should no longer be fired in the wrong direction and the gripper no longer sticks permanently to a supply delivery when fired at it.

The weapon equipment animation has also been improved. The animation is no longer skipped when sprinting and aiming at the same time. The same applies if you try to fire the double-barreled shotgun while reloading.

In the Save the World PvE mode, Epic is introducing two new weapons with this update. The first is the “gravedigger”, an assault rifle in pumpkin-orange paint that was trimmed for Halloween. It uses medium ammunition and scores with high damage and impact, but has poor accuracy and rate of fire.

The second weapon is also an assault rifle and is called “Rattenkönig”. This is a semi-automatic weapon that shoots very powerful bullets at a low rate of fire. The puff is particularly effective at medium distances. Both weapons can be found in the shop from Thursday, October 18 (2:00 a.m. CEST) to Thursday, October 25 (2:00 a.m. CEST) in the shop.

There is a new type of mission alarm: the beta storms. These are time-limited mission alarms that are usually available for about one to two weeks before they are removed from the game. The Beta Storms are used by Epic to test all sorts of new experimental content and get feedback from players.

This week starts with the Beta Storm Mission “Data Acquisition”, which will be available through Patch 6.2. In this new version of ?? data acquisition ?? she is under pressure as the storm is getting closer and closer to the balloon landing site. The storm will damage you and limit the fighting to a smaller area in which you have to defend the data. The mission lasts 20 minutes, and you will only receive the maximum amount of rewards if you shoot the balloon immediately as soon as this is allowed.

Corresponding strength level restrictions have been introduced so that players with a low strength level can no longer take part in high-level missions in public games in which they can hardly support the group. If, on the other hand, you play with friends who want to pull you through higher content, that is still possible.

The restrictions are enforced based on the group’s privacy settings. Means: If you set your game to “Public”, the lowest strength level in the group (group boosts are ignored) determines which missions are available to you and which are blocked. Do you set up your game? Private? or ?? friends only ??, the strength level of the group leader determines which missions you can play.

The reward points from missions have also been adjusted to the average duration and difficulty of the mission type. As a result, the high-level treasure chests are harder to achieve at the end of missions for some types of missions (especially if no bonus objectives have been completed). To compensate for this, the rewards per point have been increased, giving players more rewards for most types of missions.