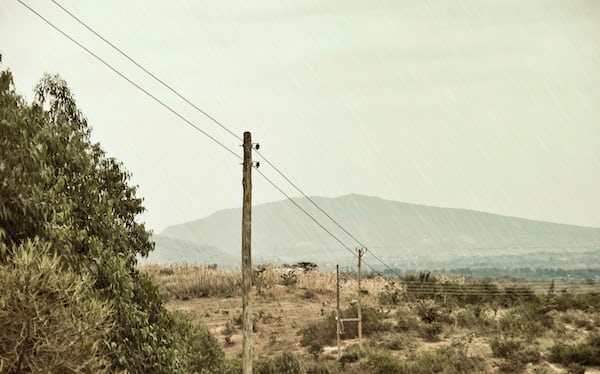 Early access is now an established formula in the video game market. But seeing it on consoles still has a strange effect, in a scenario where we are used to spending a relatively high amount to get a complete product, even if between DLC and bugs there would be really a lot to discuss. Epic Games, however, has gone against the tide by proposing an almost paradoxical formula and offering its games in preview for a fee, and then releasing them for free months to follow, in a version complete with updates, content and so on. We saw it with Paragon, competitive shooter, and we see it now with Fortnite, so before defining with a specific genre, we will have to get to the end of this review.

Already from the history of its development we descend into a cauldron of confused news and ups and downs, which began even six years ago in a collaboration between People Can Fly (developers of Bulletstorm among others) and Epic Games, has fallen into oblivion several times until the almost cancellation of the project to then be fished out a few months ago by Epic who decided to publish it with the Early Access formula to support its evolution. A cauldron is also Fortnite itself: a mixture of so many different genres and mechanics that a review is not enough to list them all. There is perhaps nothing really original, it is more of a puzzle made up of parts of other titles that fit together well.

Basically we are faced with a tower defense with all the characteristics of the case, since the main objective is to defend the ATLAS, a device that generates a shield that protects us from the invasion of strange zombies, generated by an apocalyptic storm landed on earth and has already wiped out almost all of humanity.

If the ATLAS is destroyed, the mission has failed. To defend it we have the possibility of building walls and traps in the surrounding area, and this is where the domination of mechanics that makes Fortnite unique begins: to build the defenses we need materials, which are collected by tearing apart the surrounding environment, in full Minecraft style, and then reassemble them into useful objects, as long as we have the projects to start with.

Not just walls and traps but also firearms and melee. Then our character is a hero that we see in the third person complete with class, attack and defense attributes, skills and statistics, obtained from prize llamas, open like piñatas. Plus, you can collaborate with three other players on each mission, as well as survivors who help you passively, on randomly generated maps each time. Are you dizzy? All normal, Fortnite throws an impressive amount of mechanics and information on the plate right away and extricating it is not easy. We ourselves took several hours to get around level 14 and have more or less clear the whole picture of the situation.

Going in order is easier. Each game consists of three main phases: the exploration of the initial map, for the collection of resources is essential to obtain the parts necessary to make the weapons and defenses that we will use. There are green areas where you can find wood and roots, other towns where you can recover metals and mechanical parts, and others even rarer such as laboratories and mines where the rarest components are hidden. Then there is the construction phase.

Fortnite is the union of at least three fundamental mechanics of other types of game, which are joined to a lesser extent by others.

We then move on to the mode in which resources are used to place defenses on the territory, through a system that closely resembles that of Fallout 4. Once you feel confident in your work, you can give away the waves of zombies that will search with to penetrate up to attack the ATLAS. If you are good at exploiting the weapons you have built and you have been a good architect, you will resist until the end of the mission and you will take home the experience points and the loot, to improve the hero and equipment.

Even put more simply, Fortnite’s depth is still evident. A prime example is the main menu interface, which displays tons of information for each screen. To the detriment of a non-simulative and very fast gunplay, in Fortnite each weapon has a category and many different parameters, they can be improved from level to level and are divided by rarity, where obviously very difficult to find materials will be needed to craft those of legendary level. .

Same thing goes for the traps, more and more complex as you advance and the survivors, more effective if rarer. There are also exclusive items such as Crystal weapons and Unique Leaders. A structure that we have seen find great success for example in Destiny and then taken up by many other titles, and which in Fortnite is added to crafting.

The situation can get chaotic very quickly, the help of the other players becomes essential.

The danger in these cases is that the game objective translates into simply repeating missions after missions in order to retrieve increasingly rare objects and thus create the coveted weapon or trap, or even create a team of legendary level survivors. In short, what is called extreme grinding. Fortnite in fact is lost in a flat storyline which, while offering dozens and dozens of different quests, are actually only in the names. After acquiring the basics of the game and becoming familiar with combat and construction, in a few hours the same mechanism described above is repeated a little too often.

Collect, build and fight, always like this. The component that is perhaps most missing is a closer collaboration between the members of the team, which in addition to passing some material and chatting to each other they cannot do. The heroes have their class more or less compatible with the others, but it will hardly be noticed before a very high level, given the decidedly low difficulty for an initial period that is far too long. The required strategy is therefore poor up to a very high level. There would be a need for a higher request for skill fusion, like in a MOBA, but it’s like asking to add more mechanics to a title that already merges so many.

Fortnite has no real place in pleasing both shooter and craft and build lovers. Gunplay does not require high skill and the structures that can be built are quite simple and not very varied. However, we keep a reserve for the future, where a lot could have changed at the free to play release next year. But if the fusion of several genres can do for you there is a lot to do, and together with friends the fun could last months and months. Even better if you like the cartoon style with which it is made. The colors on the screen are many, the jokes in the dialogues are wasted and the style of characters and weapons is very reminiscent of Pixar animated films and the like. It also reminded us of Grabbed by the Ghoulies, a Rare title of little luck.

If you are one of the brave who want to get in the game right now, the rewards in equipment are dozens

Fortunately, something improved immediately in our test. Until the release of patch 1.03 the servers were highly unstable with several difficulties in connecting to the lobbies to find other members for the team, but even just to open a llama-piñata. With the latest version the problems have been solved and except for a few very rare cases the stability is now reliable. We know how it is, the good and the bad of Early Access.

However, there is to be discussed since if you decide to enter the world of Fortnite you are required to pay the initial package of at least forty euros. In this way you will be able to play the Epic title immediately and take advantage of a whole series of bonuses, including heroes, supports and very rare weapons, which in free to play will be very difficult to reach. Without taking away the fact that by that time you will already be at a very high level, and the possibility of a PvP mode being inserted is very high.

In short, Fortnite collects a good judgment thanks to excellent foundations, but which will necessarily need to be improved, more or less, in the near future. Titles of this type are subject to even complete reversals over the years, and it is therefore up to the player to decide whether to spend to get the advantage of the experience and move forward with early access (supporting the development of the title itself), or wait and plunge into the battle against the purple zombie storm afterwards.