Fortnite Season 10: All Blockbuster Prestige Missions and their solution 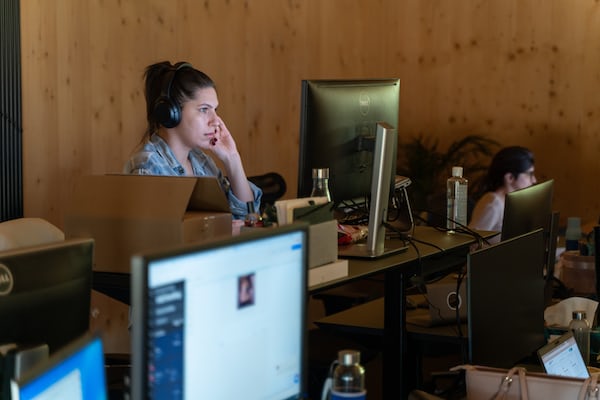 Fortnite Season 10: All Blockbuster Prestige Missions and their solution

If you have successfully completed the seven normal tasks of the blockbuster mission from week 5 in Fortnite , you can unlock the blockbuster prestige missions and face seven challenges with a slightly higher level of difficulty. On this page we will tell you which challenges await you in detail, how you can solve them quickly and easily and what rewards you will get for them.

You have to solve these blockbuster prestige missions:

You haven’t unlocked the prestige missions yet? Then you have to complete all normal blockbuster missions first .

Fortnite Season 10: These are the blockbuster prestige missions.

Eliminations at Dusty Depot or the Meteorite (3 pieces)

As with the normal version of the first blockbuster task, the meteorite and dusty depot are your sphere of activity again with the prestige mission. This time you should not only visit the two places, but ambush other players there and kill them. It’s a bit annoying, to put it mildly, so you should make it as easy as possible for yourself.

Means: Better not land on the meteorite, but rather at the three halls of Dusty Depot. On the one hand there is significantly more loot there, on the other hand you have more space there and not half a dozen other players sit on your neck immediately after landing (exceptions confirm the rule).

Things should be even easier in a team with your friends (duo / squad) or in the group wedge, provided that you are lucky enough to land the storm zone with Dusty. As usual with this type of task, it doesn’t matter which weapon you use for the kills or how many rounds you need to do it. The reward for your effort is 1,000 experience points.

Fortnite Season 10: You should do three kills at Dusty Depot or on the Meteor (prestige mission blockbuster).

Search chests or ammunition boxes at The Block (7 pieces)

For the second prestige mission you have to travel to “The Block” (grid square D2) and open chests and ammunition boxes – a total of seven, regardless of how many of which category you crack. This week you can find the steampunk construction of “Fivewalnut” at The Block, which holds countless boxes for you, especially in the many towers.

In order to get this over with as quickly as possible, you should get off the battle bus as close as possible to “The Block” and go straight into a dive to make a quick landing. Although it doesn’t really matter in which game mode you complete the task, the group wedges offer you the advantage of the respawn function and the reinforcement of other comrades-in-arms. Since there is also no “in a single match” clause, you can take as much time as you want on the task. In the end you will receive 1,000 experience points for it.

While you only had to end up at the abandoned hero mansion and the villain’s lair for the normal version of this task, you should now collect a total of seven chests at the locations for the prestige mission. It doesn’t sound particularly difficult, but the former villain base only has seven chests and the heroes have even fewer, namely only four. So you should land as soon as possible to beat the competition.

Where you can find the chests in the two locations, we’ll show you on the Fortnite Season 10 page : Land at Hero’s Villa and Villains’ Lair and look for chests – The locations on the map . This challenge earns you another 1,000 experience points.

Fortnite Season 10: You should find seven chests in the remains of the superhero and super villain buildings (prestige mission blockbuster).

The easiest way to do this is with the BIEST’s missiles in group wedge mode, because here, on the one hand, significantly more ‘Mechs are dropped, which makes it easy to catch one. On the other hand, thanks to the respawn function, there are always enough careless targets that you can shoot over the heap.

If you do not want to use the Mech and you have problems with the other explosive weapons, we recommend that you first send your opponents to the ground with a rifle and then kill them with an explosion while they are down. The reward for this task is the “Teknique” spray motif.

Search between a rotary phone, fork knife and a house on a hill full of Carbide and Omega posters (1x)

The fifth prestige mission is again a treasure hunt. This time you should find the hidden battle star between an old phone, cutlery and a house full of posters. If you want to know where you can find the three objects on the map and where the star is hidden, look at Fortnite Season 10: Search between phone, fork knife and house full of posters , we have unraveled all the locations for you. Incidentally, there are a further 1,000 experience points as a reward.

Fortnite Season 10: This time you should find the star between a phone, a cutlery set and a house full of posters (prestige mission blockbuster).

Consume fruits, mushrooms or unstable instant items in the course of a match (8 pieces)

In the prestige version of this task, you only have to use 8 fruits, mushrooms or unstable instant items this time, but the whole thing should happen in a single round. This small change only makes the task slightly more difficult, because there are more than enough matching items on the map that you can use. As a reminder, Epic refers to all fruits (apples, mushrooms, bananas, pepper, coconuts) as instant items, while the unstable instant items have only recently appeared in the game and are a special variation on the normal instant items.

As with the normal version, we advise you to use the unstable instant items for this task , there are decent numbers of them in one place – perfect to collect them in one round if you land there fast enough. If the area is too dangerous for you, you should try apples or mushrooms , because there are by far the most of them on the menu. You have to look for bananas (everywhere on the map near banana trees) and pepper and coconuts are only available in the desert region of Paradise Palms. The reward for your efforts are 1,000 experience points.

At the end there is another relatively simple prestige mission, which is very similar to the second normal task: You should choose to mine a total of 300 resources from “The Block” (grid square D2) or Dusty Depot (grid square F5), but this time in a single one Round.

The best way to do this is in the group wedge (alternatively arena), because in this game mode the amount of harvested materials is increased. We also recommend that you visit “The Block”, because Fivewalnut’s nested construction with its many towers and levels offers you good cover while you harvest the materials.

For the completion of the last blockbuster prestige mission, you will receive the Wildstyle style for the Tilted Teknique skin.

Fortnite Season 10: The construction of “Fivewalnut” at The Block offers you a lot of materials as well as enough hiding places to collect them (prestige mission blockbuster).