Fortnite Season 10: All Rabiates plunder prestige missions and how you solve them 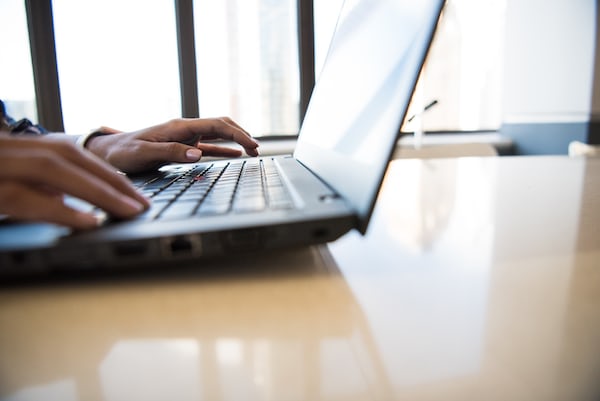 Fortnite Season 10: All Rabiates plunder prestige missions and how you solve them

After you have successfully completed the seven normal tasks missions of the rabies plundering in Fortnite week 4 , you can unlock the rabies plundering prestige missions and face seven more challenges with slightly different conditions and a higher level of difficulty. On this page we show you which missions await you and help you to solve them and earn the rewards.

You have to complete these Rabies Looting Prestige Missions:

You haven’t unlocked the prestige missions yet? Then you must first complete all normal missions of Rabiate’s Looters . Also, don’t forget the Scrap Storm Mission challenges that are unlocked every day.

The first prestige mission of the rabid looting is quite similar to the normal version, but this time it is not done with just one chest. In addition, you should now find an ammunition box. And as if that wasn’t enough, you only have half as much time for the whole action with just 30 seconds.

It is all the more important that you think about where chests and ammunition boxes are close together and where you want to land before you jump off the battle bus. We recommend Happy Hamlet, Sunny Steps, the port of Lazy Lagoon, Paradise Palms City or the Mexican village on the southern edge of the desert. Here you will find lots of chests and lots of ammunition boxes in the buildings.

Once you have chosen a location that is on the route of the bus, all you have to do is take a dive straight away and land at the spawn points as quickly as possible. If you land quickly, you should have a good 15 seconds left to find the chest and ammunition box. You do the whole thing three times and you’re done. As usual, there are 1,000 experience points for the first task.

This task is relatively easy, as long as you are fast enough and end up at one of the hot spots before the competition (of course, a little luck doesn’t hurt). Why focal points? Very simple: Only there are the prey drones buzzing around in the air. At the start of each match, 1 to 3 randomly named locations on the map become hotspots. Simply choose the closest one on the route of the Battle Bus and land there in a dive. If you’re lucky, your match will have multiple focal points, so the competitive pressure isn’t quite as strong.

If you have mastered the perfect point landing with the parachute, it is advisable to land on one of the yellow quadcopters during the landing approach and fish it from the sky with the pickaxe. So you already have the first kill, you will most likely get a usable weapon and on top of that, the landing will be shorter. The rest is simple: grab a gun and shoot the drones before someone else does. A total of three pieces, then you’re done.

Remember: you only have to fetch the drones from the sky, not necessarily loot them, even if that makes sense. It also doesn’t matter which weapon you use or how many rounds you need. What plays a role, however, is the fact that only landings after jumping off the bus count (landings after cracks, on the other hand, do not). Should you not be successful on your own, join your friends in a small fighting group and land together at a focal point. So part of the group can take care of other players while the rest of them shoot down the drones. Then of course there is a change so that everyone can complete the task. As a reward, there are another 1,000 experience points.

The prestige variant of the third task is basically almost indistinguishable from the normal task. Once again, after using a jumping surface, you have 30 seconds to hit an opponent. This time, however, you should kill your target and not just inflict damage – the bottom line is that it doesn’t make much difference. Remember that you can find launch pads mainly in loot llamas, supply deliveries (with luck also on the ground).

We recommend the group wedges again, because there you can also use the jumping surfaces of other players and it is easier to find a target – if you are lucky, an already chipped one. For surprise attacks, we recommend the shotgun, which can easily blow out the light of a surprised opponent. Another 1,000 experience points await you as a reward.

While there were 2 chests in 30 seconds for the normal task, here there are now 3 chests. It doesn’t really get any more difficult if you know where to find lots of chests. As already mentioned several times, there are most of the chests in a narrow space in Happy Hamlet, Tilted Town, Salty Springs, in Paradise Palms City and the Mexican village southwest of it, Frosty Flights, Loot Lake, the port of Lazy Lagoon or the lower area of Pressure Plant.

It is advisable to look for the boxes at the beginning of a match, as they have not yet been cleared by the competition. You can also complete the task while a match is in progress if you are lucky and catch a place that is still untouched. As a reward there is the spray motif “Rust Master” from the storm plunder set.

Collect 3 legendary items in the course of a match (3x)

This task can quickly become frustrating if you want to solve it in solo mode, as it takes a good deal of luck or perseverance to find 3 legendary items in one round. For this reason, you should rather tackle this task in the group wedge.

Try to get hold of the supply deliveries that are dropped over the first storm zone shortly after the start of the game, because you will always find legendary items in them. Alternatively, you can look for loot llamas, check vending machines or shoot down the drones at hot spots. The action earns you 1,000 experience points.

You should harvest 100 wood, 100 stone and 100 metal for this task within 60 seconds after your feet touch the ground for the first time after jumping off the battle bus. That sounds like a pretty tough sprint to lay down here and in fact, it’s not that easy without a plan either. First of all, you should tackle the task in the group wedge (alternatively arena), because there the amount of harvested materials is increased. Next, you should find a place where all three types of resources can be found. Here some examples:

The rest is easy. Land as directly as possible at the resources and hack through the objects as quickly as possible. The reward – 1,000 experience points – isn’t really worth the stress, but what the heck.

Eliminate an enemy at a focal point (3 pieces)

After the penultimate task was a troublesome affair, it becomes easier again at the end. As already mentioned, in every match at least one named location becomes the focal point (up to 3 are possible), which is marked by a golden yellow name on the map. At these hot spots – not least because of the prey drones – you have an increased chance of finding high-quality weapons and equipment that will help you to transport three enemies across the Jordan.

As always, you can complete the task on your own, but it is much easier in a team or in the group wedge. Which weapons you use to achieve the kills and how many rounds you need for it does not matter. The reward for all the hard work of prestige missions is the Hunter style for the X-Master skin.