Fortnite Season 10: All Team Spirit Prestige Missions and their solution 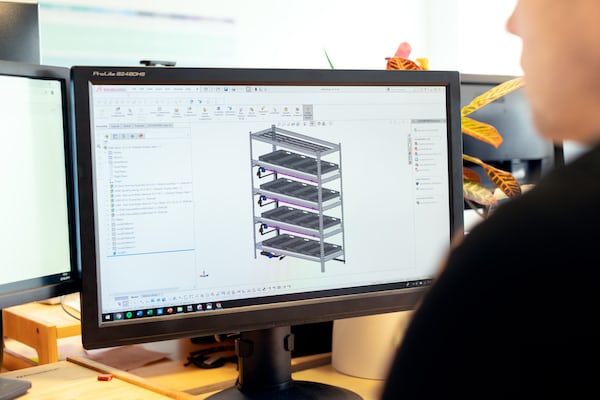 Fortnite Season 10: All Team Spirit Prestige Missions and their solution

If you have successfully completed the seven normal tasks Team Spirit Mission in Fortnite Week 7 , you can unlock the Team Spirit Prestige Mission . Another seven challenges await you here with a slightly higher level of difficulty, which is why there is also a better reward at the end. What tasks you have to face, how you complete them as easily as possible and what rewards you get for it, we tell you on this page.

You haven’t unlocked the prestige missions yet? Then you have to complete all normal Team Spirit missions first .

The first team spirit prestige mission is also a relatively simple task that you can basically do while gambling. Just grab one or more friends and play a few rounds with them. Sooner or later you will automatically end up in the top 20 of a match. If none of your friends are available at the moment, you can also use the group help, look for a few colleagues in the chat or take a look at the Discord channel of our partner WohltatTV, there you will surely find a few helping hands.

If you have problems with the placement in the upper field or if you want to complete the task as soon as possible, we advise you to play in duo mode rather than in squad, because in team mode you have to be one of the last five complete teams, while in the 2-way mode you only have to make it into the 10 best.

We always recommend a defensive strategy for such tasks. In other words: Land in secluded and quiet places, avoid fighting as much as possible and stay away from dangerous places such as well-known loot spots, which are clearly teeming with enemies. The best thing to do is to always look for a good and quiet hiding place in a basement where nobody can find you and where you can easily set an ambush in case a player gets lost there. Granted, this approach isn’t particularly fun, but it always works.

You only have to go through the whole thing in three different game rounds, then you own the 1,000 experience points, which are given as a reward.

Help team members with eliminations during a match (5x)

In the prestige version of the second task, you have to help your fellow combatants again with five kills. This time you don’t have as many rounds as you want, you should get the 5 assist kills in a single match. That makes things a little trickier, but doesn’t change the general procedure. So you still need a team (duo or squad) for which you can best recruit your friends. If none of them are available at the moment, you can also use the group help or search for players in the chat. Then you start the next match together and go hunting together.

Remember, you only have to hit a teammate’s target once with any attack for it to count as an assist kill (assuming the victim dies too). If you want to push the task, the best place to go is to storm busy places like Greasy Grove, Moisty Palms, Tilted Town, Retail Row, Pleasant Park, The Block and so on. It doesn’t matter which weapons you use for the auxiliary kill. Your support will bring you 1,000 experience points in the end.

Use a jumping surface in team or duo matches (1x)

If this task sounds familiar to you, it is probably due to a very similar challenge from the “Rascal Plunder” mission from week 4. This time, however, the matter is much easier. All you have to do is find and use a launch pad in any team mode. You can find jumping surfaces as loot on the ground, in loot llamas and supply deliveries.

The fastest way to do this is in the group wedge, because there is not only more loot, but also more players on your team who can find a jumping surface. You don’t necessarily have to find your own launch pad, you can also use another player’s jumping surface.

As with the normal team spirit mission, you should heal at least one team member in three different game rounds in the prestige version of the fourth task. This time not with a drink, but with a crackling campfire (not to be confused with the normal campfires).

The “crackling campfires” are completely normal items (count as a trap) that you can find as loot on the ground, in supply deliveries and loot llamas. They occupy an inventory slot and can be set up like traps. Then you have to ignite them, then they restore two life points per second for all players in a small radius. After 25 seconds, however, the fun is over and a campfire that has been lit cannot be used again. So make sure that your fellow campaigners gather around the fire or place it near them. You do the whole thing at least once in three different game rounds and you’re done.

As you can see, the task is not particularly difficult, apart from the fact that you have to be lucky enough to find a crackling campfire. As a reward this time there is the emoticon “Sparkle Specialist”.

Fortnite Season 10: The crackling campfires can be found at almost all loot spots in the game.

In the course of a match, mark a chest, a shield item and a healing item (3x)

You don’t need to say much about this. As with the normal task, you should also mark the position of certain objects by “pinging” them during the prestige mission. This time, however, Epic specifies the items more precisely. Means: You should not mark items of a certain quality this time, but a chest, a shield item (small and normal shield potions, sip potion, drinking jug or drinking pack) and a healing item (bandage, medicit, fruits, etc.). On top of that, you no longer have any number of rounds for it, but should do it in a single match. However, the task is not really difficult, you just have to diligently search the usual loot spots.

To mark an object, you first have to roughly aim at the item (look in its direction) and then press the middle mouse button with the standard key assignment on the PC / press the D-Pad to the left on the consoles. An optical and acoustic confirmation confirms your action when done. By the way, the order in which you mark the items does not matter and of course you can collect the marked items. As a reward, there are another 1,000 experience points.

Deal damage together with your team or duo (1,000 points)

Epic is slowly running out of ideas. Be that as it may, with this task – as with the normal version – you have to do a total of 1,000 together with all the other players in the team. Only this time you don’t have any number of rounds available, but should bring the amount of damage together in one round (as if that were difficult).

Basically you can approach the task with any team constellation – the more players, the better. It does not matter whether you inflict the 1,000 point damage on players or buildings, so we advise you to sift through an abandoned building in the classic Schwarzeneger manner. With four men, it takes less than 30 seconds to deal 1,000 damage. If necessary, you can use the pickaxe and collect some building materials. The reward for your demolition work is 1,000 experience points.

Contrary to the normal task, the restart bus is now used for the prestige mission. This time you are not supposed to scratch a struck down player from the ground, but rather perform a team restart on one of the scattered restart buses. However, this is only possible in the small team game modes (duo / squad). Here your fallen comrades leave a restart card that you can collect for 90 seconds. If you bring them to a restart bus, you can bring your fellow campaigner back into the match there.

The fastest way to complete the task is when you and your fellow campaigners land near a remote restart bus at the beginning of a match, pull up a ramp there and plunge to your death there. Not all of them at once, of course, because you can only use a restart bus once every 120 seconds, but rather staggered so that only one player at a time blesses the time and can be resuscitated directly at the bus. A full round of a group takes some time, but if necessary you just jump into the next match and continue there.