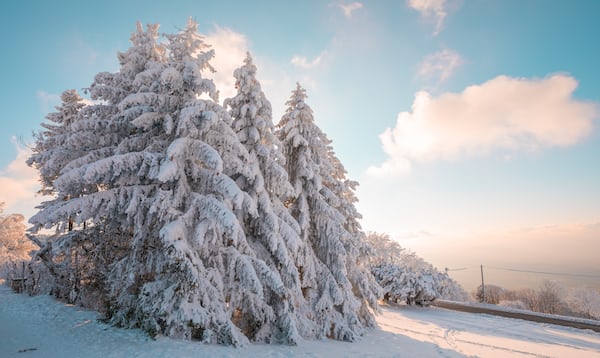 Along with them is the new fortnite battle pass that will help you get Season 10 skins if you make the effort to unlock them, of course.

If you’re just starting to play, our Fortnite Battle Royale tips and tricks guide can help.

Skins or skins of the Fortnite Season 10 battle pass

Now that the Season 10 Battle Pass is available, let’s take a look at the skins or aspects that can be obtained with it:

Take a look at some of them in action in the first Fortnite Season 10 trailer:

The Fortnite map undergoes changes with each season, and Season 10 is no different.

We know, for example, that one of the biggest changes is the return of Dusty Powder Keg, the central named location that changed with the arrival of the comet.

We’ll know more when the Battle Pass is available and playable on the map. There is little left!

How did we get to Fortnite Season 10?

As a new season approaches, weird things start to happen on the Fortnite map. Although on previous occasions we saw a mysterious purple cube and cracks in the terrain, in Season 9 two gigantic monsters have fought on the map, and those events seem to have led to time travel, or, at least, the return of ancient locations.

How exactly? Lets start by the beginning. Cattus, the monster that was trapped in Polar Peak (thanks to FortTory for finding his name thanks to the datamine) has managed to escape from his ice prison and, after leaving behind a wasteland of destruction, vanish into the ocean.

A few weeks later, construction began on a huge robot at Plante de Pressure. Apparently the robot is called Doggus, which gives us an idea of ​​what Fortnite plans to do with these two.

Here’s the story so far, thanks to the helpful infographic created by MeMyselfAndAAJ ​​on reddit:

The story of Season 9 so far. Source: MeMyselfAndAAJ ​​on reddit

Do you want to know what Cattus looks like and what it sounds like? Thanks to Criminal YouTuber CJ, who has caught the monster swimming, we get an idea.

The event has also been seen in Season 9 through the addition of Fortbytes. Collecting these computer chips has uncovered a mysterious image (thanks to Reddit’s BernardBoi for uploading this image):

Now, with Season 9 coming to a close, we know that this image shows Jonesy from the Bunker painting a mural during the years he spent trapped in the bunker. The mural depicts the events of the previous season, including the Kevin cube.

Leaked loading screens reveal a special focus on Doggus, and the center of the mural is the climax battle. (Thanks to Absolute_Unit_1 on reddit for the image):

With all this, it seems logical that this battle is important for the start of Season 10 of Fortnite.

The battle took place on July 20, with a kaiju-like fight between Cattus and Doggus that players could see from the sky platforms scattered across the map.

We don’t want to spoil the result if you haven’t seen it yet:

Here’s how #FortniteEvent The Final Showdown – a huge robot versus monster battle taking place across the map – wrapped up ?? pic.twitter.com/Q7BthxTFSL

After the battle was over, a new location was added to the northwest of Señorío de la Sal, and a mysterious ball of energy appeared in Balsa Botín, apparently activated after Doggus used it during the battle. And as users like TBHVictor have observed on reddit, it is changing.

This ball of energy appears to be what will kick off Season 10, and the first teaser suggests that it will begin some kind of time travel, bringing back old map features, including the return of Dusty Tinderbox:

The final teaser, for its part, shows the energy orb exploding, confirming that it is part of the transition to Season 10.

What is the battle pass, how much does it cost and the rewards of Season 10

Like Season 9, Season 10 offers a new batch of rewards, many of which require owning the Battle Pass.

Although you can unlock a number of them with the Free Pass, only the Battle Pass unlocks a second tier of rewards.

The Battle Pass is a premium item, which means it costs 950 V-Bucks. You can buy a pack of 1,000 paVos for about 10 euros, or get them by playing different activities.

Here is a list of everything that is included with the Premium option of the Season 10 Battle Pass:

Cosmetic items are unlocked by completing challenges added each week, ranging from performing certain types of activities to finding hidden items on the map, and completing them increases your Battle Pass level so you can earn rewards faster.

Both the battle pass and the challenges and rewards can be unlocked at will during the season, but as soon as a new one begins, your progress resets, and a new batch of rewards and rankings begins.