Fortnite Season 10: Mission Rabiates Loot – This is how you solve the normal tasks of week 4 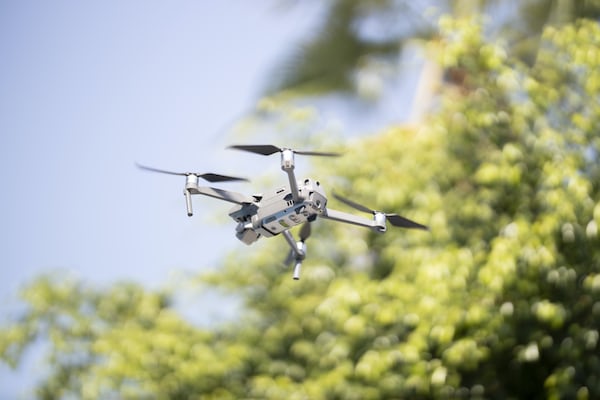 Fortnite Season 10: Mission Rabiates Loot – This is how you solve the normal tasks of week 4

Week 4 is now in Fortnite Season 10. All players who have a Battle Pass can look forward to the new and exclusive mission: Looting Rabies . The seven normal tasks are – as the name suggests – primarily about looting certain things as quickly as possible and before the competition. So landing in the right place quickly is key this week. On this page we show you which challenges await you in detail and tell you how you can solve them and what rewards await you.

Overview of the tasks of the normal mission “Loot the Rabies”:

Have you already completed the normal missions? Then it goes here to the Rabiates loot prestige missions . Also don’t forget to solve the tasks of the limited time mission Scrap Tower

For the first task of looting rabies you have to put your nimble fingers to the test, because after jumping out of the battle bus you have a maximum of 60 seconds to find a chest and loot it. You should get three chests to complete the challenge.

It’s best to think about where there are chests and where you want to land before the match starts or while you’re sitting in the bus – ideally a place with lots of chests that won’t be overrun by opponents. Then jump off the bus as close as possible to your chosen location and take a direct dive to land as quickly as possible. You normally have around 30 to 40 seconds to grab a chest.

Tip: You can (but don’t have to) complete the task in one go. To do this, you land in a place with lots of chests on a small area (e.g. Happy Hamlet, the port of Lazy Lagoon, the Mexican village on the southern edge of the desert, etc.) and clink the spawn points as quickly as possible. As usual, there are 10 battle stars as a reward for the first task.

Land at a focal point in different matches (3x)

The hot spots have been in Fortnite since patch 9.1 and should be well known to you if you’ve been playing Fortnite for a little longer, as there is always particularly good loot to be found there. If not: At the start of each match, 1 to 3 randomly named locations on the map become the focus. You can recognize this by the fact that names are then highlighted with gold on the card.

To complete the task, all you have to do is land in three different rounds of the game, each of which is marked in gold on the map, and you’re done. So it’s pretty easy.

Tip: Save this task until the end, then you can combine it with the last challenge (dealing 200 points of damage at hot spots). You can get 10 battle stars with a simple landing.

In theory, this task sounds easy, but in practice it could prove to be a nuisance. On the one hand you first have to find a launch pad (can be found in loot llamas, supply delivery or on the ground, for example), on the other hand you have to use the jumping surface in such a way that you find an opponent, meet and him within 30 seconds Deals 100 damage.

It is best to approach this task in the group wedge. On the one hand, it is easier to find a jumping surface there because you can also use jumping surfaces from the other players. On the other hand, you should get the damage points together more easily. We recommend the shotgun for this purpose. Just choose a fight in a small space and use the launch pad to get behind an opponent. Then you give him one or two loads of shot at close range and you’re done. Another 10 battle stars await you as a reward.

Here basically comes the tightened version of the first task. The bus is no longer a criterion here – so you can also complete the task in a running match – but now with 30 seconds you only have half as much time and you have to find 2 chests twice as many boxes.

However, the task is not really difficult if you are looking for the right place, where there are many chests in a small space. There are a particularly large number of chests in Happy Hamlet, Tilted Town, Salty Springs, Paradise Palms City and the Mexican village southwest of it, Frosty Flights, Loot Lake, the port of Lazy Lagoon or the lower area of ​​Pressure Plant. 5,000 experience points are the reward for your efforts

Pick up a legendary item in different matches (3x)

For this task you have to find and collect a legendary item in at least three different game rounds – regardless of whether it is a weapon, drinking mug, etc. If you play Fortnite regularly, you won’t have to do much here, because searching for and looting weapons and items is part of the ubiquitous business, so the challenge will sooner or later take care of itself.

However, if you want to get this done as quickly as possible, you should focus on searching and collecting and avoiding the fighting until you find what you are looking for. The best thing to do is to fixate on replenishment deliveries, loot llamas, vending machines and the drones at the hot spots, because there you have the highest chance of legendary items. It’s even easier in the group wedge. Simply secure a supply delivery here, which always contains 2 legendary items. You probably already know it, but still: There are 10 battle stars for this challenge.

Tip: It’s best to combine this task with the next challenge (search supply delivery 10 after landing) to kill two birds with one stone.

Search a supply shipment (3x) within 10 seconds of landing

To get the biggest misunderstanding out of the way: the 10 second time frame does not apply to your landing on the island after jumping off the battle bus, but to the supplies themselves. In other words: watch the blue box dangling from the balloon Sink into the ground, you have 10 seconds from the time it touches the ground to loot it.

After that has been clarified, we come to the simplest solution. This is – again – the group wedges, because only a few seconds after the start of the game, the first replenishment deliveries are dropped over the first storm zone. In the best case scenario, you will have landed beforehand and have equipped yourself something in case the competition wants to get involved.

The rest is simple: keep an eye on the map and pay attention to where the blue crate symbols of the supply deliveries appear. Pick one of them, run to it and wait for the box to land and for you to loot it. To be on the safe side, you should wall yourself in if necessary and if the delivery is still far above you in the air, you can simply shoot the balloon, then the box will fall straight to the ground. You play the game three times, then the task is finished. By the way, it doesn’t matter whether you get the supplies in one match or in several rounds. You bag 10 battle stars for this task.

The last task of the normal Rabiates looting mission deals again with the focal points, which already had their role in the second task. This time you should not only land there, but also fight. You should inflict a total of 200 points of damage on opposing players at the hotspots. Which weapon you use for this or how many rounds you need for it is up to you.

You can easily do the task solo or with friends in a team, but we recommend group wedges again. Here you can either land directly at a focal point on the opposing side (which is quite dangerous, but certainly attracts opponents) or you hope that the storm zone will fall on a focal point. This is a game of chance and will only work after a few rounds, but if chance strikes you can be sure that there will be enough players from you and the opposing side.

As always, the final mission will be rewarded with something special. This time it is the “trophy net” back accessory.