Fortnite Season 10: The Patch Notes of Update v10.0 for Season X in German — 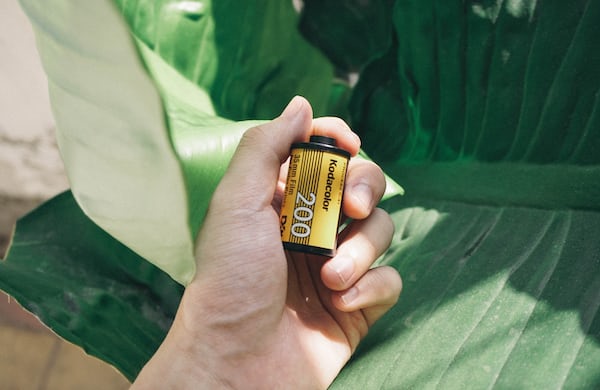 Fortnite Season 10: The Patch Notes of Update v10.0 for Season X in German —

Season 10 has started and as with every new season, Epic throws the old map over the heap and tweaks the game modes “Battle Royale”, “Save the world” and “Creative mode”. Also this time there are some innovations that await you and will accompany you in the course of Season X. On this page we would like to introduce you to the highlights as well as the most important changes that were played on the servers with Update 10.0.

The highlights in Battle Royale mode

The battle royale mode has always been the driving force behind Fortnite and therefore receives the greatest attention from the developers. Accordingly, there are some new features and changes to report with Update 10.0:

As we do not know otherwise, Epic is also pushing a new Battle Pass for Fortnite for Season 10, but does not change anything in the tried and tested system. Means: There are again 100 levels that you can climb in the course of the season to unlock over 100 exclusive rewards – including exclusive skins, gliders, pickaxes, emotes, sprays and so on. For the first time new with Season X is the function to be able to give away the Battle Pass to friends, which is possible until August 15th. With the first purchase you will also receive new gift packaging that you can use for all future gift purchases.

The outlines and flashing cannons could already be seen on the second teaser picture, but now it is clear that the teased mech will be a new means of transport in Season X. The BIEST is controlled by up to two players. If two players are seated, one of them controls the movement (driver), while the other acts as a shooter and controls the weapons (rockets and shot). Should you get into the mech alone, you can and must toggle between the controls for movement and shooting!

As a driver, you can do quick sprints with the mech, perform super jumps and stomp enemies and buildings into the ground. Everything that you can flatten with the mech and which can normally be dismantled gives you materials when destroyed. With the BIEST you can also collect resources very quickly, which is not without reason (more on this in a moment).

As a passenger / shooter , you have two weapons at your disposal in the BIEST: On the one hand, a shotgun with a 10-round magazine and a base damage of 50 points (head hit x1.5). On the other hand, a rocket launcher that fires up to ten rockets at the same time. To shoot several missiles, you first have to hold down the fire button longer and charge the attack. The longer you hold the button, the more missiles are loaded and fired when the button is released (or when the maximum number of 10 missiles has been loaded).

As if the BIEST with its heavy armament and maneuverability weren’t dangerous enough, the part also has a protective shield as a new game mechanic. This allows you to protect the mech from damage for 5 seconds, but you have to sacrifice 200 materials of any kind for this. So you should let your destructiveness run free in order to collect resources on the side.

Fortnite Season 10: With the “BIEST” the peaceful times are finally over.

The biggest innovation in weapons is the Mech “BIEST” explained above, besides which there will be no other weapons at the start of Season X (there will certainly be new weapons in later patches). However, Epic made a few changes to a small selection of items and weapons and finally some guns and vehicles went into the vault.

Changes to weapons and items

The following weapons and items have been stored in the vault and are (for the time being) no longer available in the game:

As you can see, not only do some weapons disappear into the safe, but also almost all vehicles with the Kugler and the quad ram. On the one hand, this is of course due to the fact that the BIEST is coming into play as a new vehicle; on the other hand, the developers agree “that season X will play better with reduced mobility”. We also assume that there will be more updates over the course of the season, which will provide new content.

As expected by the majority of the fan base, the zero-point energy ball in Loot Lake has exploded and damaged the map in the form of so-called “crack zones”. Through these cracks, old places that were considered lost for a long time gradually reappear on the map – but they are no longer what you remembered them. In addition, Epic speaks of a “mysterious gameplay change” that are waiting for you there. You should then find out for yourself which ones are in the game.

Of course there are other changes to the map. Mega Mall is another new city that, as the name suggests, is a massive mall. You can also explore Schali’s homeland “Banana Stand” and “Nugget Hut”. We’ll show you what else has changed on the menu on a separate page.

If you hoped (or feared) that the Fortbytes or something similar would continue in Season 10, then the answer is: No! But don’t worry, Epic doesn’t leave that void unfilled. The developers have come up with something new that they call “missions”. Like the Fortbytes, the missions are only available to Battle Pass owners.

Missions are like more complex phase tasks and consist of a number of thematically matching objectives, for whose completion you will be rewarded with battle stars, experience points and exclusive cosmetic items. In the game you can find more details about the missions in the tab “Battle Pass” and “Challenges”.

Do you like to build your own cities or let off steam in your own games in creative mode? Then you will be happy to hear that Epic has added some new features with Update 10.0.

The storm is the central element in Battle Royale and, among other factors, determines the pace and duration of a match. Epic now gives you more control over the storm in creative mode. Means: You can now recreate the Battle Royale storm with up to ten phases or create your own storm from several phases. In addition, thanks to the extended storm signal, you can adjust certain phases or set the number of phases for the extended storm control.

Fortnite Season 10: Epic gives you more options for the storm phases at hand.

A weapon-free zone is now also possible, in which neither ratchets, grenades, pickaxes or other objects can be used. So you can use it to determine your own safe zones.

With the start of Season 10, Epic is sending two new time-limited game modes in the creative mode into the race. In the so-called “junkyard sprint” you have to bring garbage to the incinerator to earn points for your team. The bigger the pile of mills, the more points you get for it.
In the “Skystation Showdown” you fight against other teams to collect the most points in the capture zones. Get on top of the fast food towers and protect the VIP! Use pulse grenades and other aids and throw the other teams out of the capture zones!

The grid island is a flat surface that is completely covered with grid squares. It should help you to measure and build your works better. The white grid square marks the center of the island.

Of course, with Update 10.0 there are also some new objects and galleries that you can find in the selection catalog:

This is new to “Save the World”

The developers also have a load of new updates and content for the “Save the World” PvE mode. Here are the most important innovations:

The whole thing is somewhat reminiscent of a payload mission: You and three other players are supposed to help Quinn with his hover truck to get to the radio station to go on the air with her perfect summer song.

You start the road trip without your equipment or supplies and the production of weapons is also deactivated – only trap sketches are retained and some “easily used” weapons are granted to you. So you have to search and loot everything on the way that comes at your feet . Weapons with reasonable advantages are scattered all over the route and the chests in “Road to Summer” always contain weapons, traps and resources appropriate for the level.

The hover truck is equipped with a mobile storm shield and you have to escort it to the radio station. There are four randomly selected targets on the road, each of which offers challenging gameplay and a range of different upgrades. Should you go down on the way, you can only respawn when your team has reached a goal or completes the journey. If you make it with the truck to the radio station, you have to protect Quinn from a final enemy onslaught. However, if the truck is destroyed beforehand, the road trip ends (you will then receive rewards based on the number of goals you have reached along the way).

Unlike in previous events, the difficulty in “Road to Summer” is adjusted to the strength level instead of the progress in the Storm Shield Defense, so that players can be assigned to the correct level of difficulty and thus find themselves in balanced groups.

The “locker” is now available

The locker known from the Battle Royale is now available in Save the World – well, at least the first part of it. Means: At the beginning of the season, emotes, music packs and loading screens will be available in the locker. More cosmetic items are to be added in future updates. Important: Save the world and Battle Royale are currently sharing the locker. So if you make a change in one of the two game modes, this also applies to the other game mode.

Basically, all types of emotes now work in Save the World: dances, emoticons, spray motifs and toys. All emotes you own are available in all game modes. You can store up to 6 emotes in the locker and access them via the emote selection. You can reach more emotes by switching the emote selection with page up / page down. Dances and emotes can also be used in the lobby.

Fortnite Season 10: Now you also have access to your locker in “Save the World”.

The mythical ninja shrouded in mystery, who kills shells with throwing stars, is now available again in the event shop.

You can see the full patch notes at Epic.