Fortnite Season 5: All orders, tasks and solutions at a glance 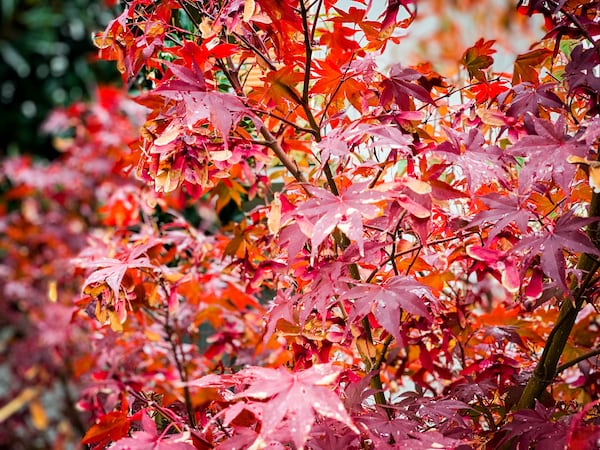 Fortnite Season 5: All orders, tasks and solutions at a glance

Epic Games has made a few changes to the tasks in Fortnite Season 5 this season. One no longer speaks of “challenges”, but of “orders”. In addition, the mission table has been replaced by an order list. Apart from that, the function of the weekly assignments remains the same: You earn a lot of experience points with them to level the new Fortnite Season 5 Battle Pass and its skins and to unlock new cosmetic items as a reward. You will also get to know the new Fortnite Season 5 map.

So that you know every week which tasks, hidden tasks and found objects await you, and how you can solve the difficult tasks, we provide you on this page with an overview of all challenges with their solutions in Season 5. We update the page regularly as soon as it is there are new challenges in the game.

The hidden EP coins are back

With Fortnite Season 5, Epic Games initially no longer hid EP coins on the map. However, the popularity of the XP Coins was probably not expected, because many fans have asked for them. So it happened that at week 7 the coins came back into the game. As is known, there are almost a dozen new coins on the map every week, which will bring you lots of free and quickly earned experience points. So that you don’t have to search long, we show you every week where to find the coins:

Fortnite Season 5: All XP coins and their locations

For a long time you have wondered what lies behind the mysterious rewards on the last page of the Battle Pass, but now we know: the Predator. Epic has given the alien hunter known from numerous films his own skin and lots of other cosmetic rewards, which you can get for free via the associated jungle hunter missions. You can find out the details here:

Week 10 is at the start in Fortnite and brings a new legendary mission in five stages as well as seven epic missions – packed in two phase tasks – into play. Here are the tasks that await you:

The penultimate week of the regular season has started and as always there is a new legendary mission in five stages and seven epic missions, which are packed in two phase tasks. Here are the details:

A new legendary mission in five stages and seven epic missions, divided into two phase tasks, await you in the eighth week of Fortnite Season 5. As always, you can only complete the legendary challenge for seven days before it is exchanged for a new one. The epic tasks are available to you for the remainder of the season.

With week 7 we got back to the last third of the season. As always, the new week brings a new legendary mission in five stages and seven epic missions, divided into two phase tasks, into play. The legendary challenge is only available for seven days, while the epic challenges can be solved for the rest of the season.

Info: Since the movements under the sand are currently deactivated, the task “Do damage after you emerged from the sand” is automatically considered completed.

Beskar orders for the Mandelorian

Special challenges for Battle Pass skins aren’t exactly new, and they’ll be back in season five. The “Beskar Mission” for the Mandelorian’s right shoulder piece is the first one you will encounter in the game. There are a lot of other tasks with which you gradually collect the complete silver-shining Mandalorian armor. You unlock these when you reach certain levels of the Battle Pass. Below are the quests related to the Beskar Mandelorian’s Mission:

With the Beskar missions in Fortnite Season 5 you can unlock the silver-shining armor of the Mandelorian.

In addition to the weekly tasks, there are always a few special challenges that come into play during an event. These are often only available for a few weeks before they fly out of the grid again. You can find out which events you may have missed below:

As always, there is a Christmas event in Fortnite at the end of the year. This time it’s called “Operation Snowdown” and again brings a lot of tasks and rewards into the game that you can get over the holidays. Every day there is a new daily order at 3pm. You can find the details of the event below:

Fortnite Operation Snowdown: All orders and information about the Christmas event 2020

The Christmas event Operation Snowdown is coming up in Fortnite.

You can currently get the “Marvel: Highnesses and Warriors” package with Black Panther Skin, Captain Marvel Outfit and Taskmaster Skin, for which Fortnite also has the associated “Black Panther Missions” until January 12th. In total, there are four very simple tasks – basically you just have to play Fortnite – that are rewarded with plenty of experience points. If you complete all tasks, there is the Wakanda emote for free on top. Here are the details:

After Among Us experienced a huge hype, the game has now been adapted by Epic Games and integrated into Fortnite as “Covert Investigation”. It is a standalone game mode that also has four associated missions that can be completed for 4 weeks (through January 12th). The tasks are very easy and can be done easily if you play a few rounds. Here are the details:

This is how the new missions work in Fortnite Season 5

As already mentioned at the beginning, the mission table known from previous seasons has been removed (has been lubricated with the helicarrier), so you can now only find its content in the Battle Pass tab, but no longer the tasks. The challenges of this season can now be found in the first tab (game), namely the pulsing button “New assignments!” or “Show orders” directly below your current level on the left side of the screen.

From now on you can find all tasks and challenges in the missions in the game tab of the Fortnite lobby.

If you click on it, all tasks that you have not yet completed will be displayed in the first tab (new tasks are marked with an exclamation mark). You can use the buttons in the second line to sort them according to “All orders”, “EP orders”, “Special orders” and “Bar orders”. The subdivision is very simple:

Classification of tasks: This is how gray, green, blue, purple and orange tasks differ

Also new is the classification of the missions into common (gray), unusual (green), rare (blue), epic (purple) and legendary (orange). On the one hand, they reflect the degree of difficulty of the task, but they are also an indicator of the type of task:

Gray and green tasks more or less replaced the daily challenges . There are a huge number of these tasks, but you will only ever see three tasks in your quest tab. In addition, they are shuffled every 24 hours so that tasks that you don’t want to do are removed from the selection again. The advantage of these tasks is that you always get a new task as soon as you solve a challenge. The whole thing is rewarded as follows: the first 3 orders within the 24-hour window yield 10,000 XP each. For each additional one there is only 1,000 EP, but you can do as many as you want. A special feature are the bar orders, which are rewarded with a certain number of gold bars (instead of EP)

Blue tasks are apparently the new version of theearlier stamp cardswhich unfortunately is no longer so clear. Imagine the whole thing like this: There are also a lot of stamp card tasks this season (some of which you already know from the last season), but these are no longer completely visible on one page, but now run in the background. Only a few of them will be shown to you in an unsorted manner with the orders, unless more important tasks need space in the list. They are still all active and can be resolved at any time. As with the old stamp cards, the tasks are divided into steps. For example, you have to be among the last 10 players 1x, 3x, 5x, 10x, 25x and so on or swim 100/500 / 1,000 / 2,500 etc. meters. There are 15,000 experience points for each step completed.

Purple tasks are what the weekly challenges used to be . You will receive a series of new assignments every seven days, which will then be available to you for the entire duration of the season. Often you have to kill opponents, collect special things or interact with the new NPC characters, which is rewarded with 20,000 experience points. Sometimes the new character- specific ” special missions ” fall into the purple class, but there is no EP for this, but cosmetic unlocks for the Battle Pass skins.

Orange tasks are obviously particularly difficult tasks that are often directly related to one of the Battle Pass skins. As a rule, you can solve them in groups of up to four players in order to “complete bounties” or to achieve a high number of special kills. Similar to the stamp cards, there are often several levels per task, but the legendary challenges are only available for seven days before they are exchanged for new ones. With 55,000 experience points for the first level and 22,000 XP for each additional level, they yield the highest XP reward.

The missions in Fortnite Season 5 can be differentiated according to type, difficulty and reward.

When are there new orders?

Gray and green tasks are daily tasks and are shuffled every day at 3:00 p.m. for winter time and 4:00 p.m. for summer time. Alternatively, you get new tasks if you solve the old ones.

There seems to be no time frame for blue tasks. Like the earlier stamp cards, they are always there.

There are purple and orange tasks in the familiar weekly rhythm. The due date is always Thursday at 3:00 p.m. for winter time or 4:00 p.m. for summer time.