Fortnite: tips and tricks to ensure you victory 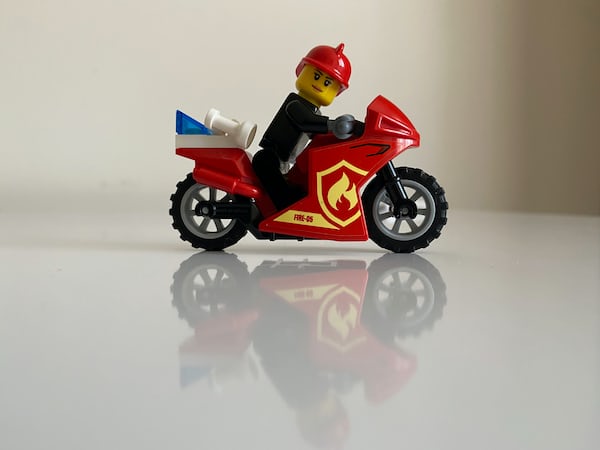 Fortnite: tips and tricks to ensure you victory

The entry hurdle is low, but the learning curve is all the steeper: Fortnite attracts millions of players to the servers with its wide range of availability and its free-to-play model. Even shooter veterans can and must learn one or the other lesson there, as the battle royale orientation has some pitfalls in store. In addition, the developers at Epic Games combine the currently hugely popular concept with a Minecraft-like construction mode, which you also have to dig into first. As a result, Fortnite presents its very own gaming experience and pleasantly stands out from the competition.

But that also means: Without tips and tricks , you are quickly lost, but not exclusively during your first steps. Therefore, in this article you will learn all sorts of interesting facts about (surviving) life in Fortnite . We chew through the primordial survival slime as well as strategies for advanced players and the peculiarities of a battle royale shooter. You will learn what you should pay attention to when jumping out of the plane, which weapons are the best in which situation, how to avoid typical beginner mistakes and much more.

If you have not played any or only a few Battle Royale games so far, the most important note is probably the following: Be prepared to put away routines that have been trained over years and to reverse the polarity of your shooter reflexes that have long since seeped into your muscle memory. Fortnite is not a Call of Duty and even if an accurate hand is definitely not a disadvantage, it is only one of many keys to success. You can find some of the most important ones below.

The right landing point is the alpha and omega

During the first few seconds of each round, you make some of the most important decisions in the game. Because: When and where you jump out of the school bus flying over the map in a random route at the beginning has a major impact on your subsequent gaming experience. Since you will usually find most of the weapons and resources in large, busy areas like Tilted Towers, it theoretically makes sense to go down there. However, other players also know about this fact, which is why you can expect a comparatively high level of resistance in such areas at the start of the game. After all, the best equipment won’t do you any good if you’re shot overboard after just 30 seconds. It is therefore always a poker game, whether you prefer to start in highly frequented areas with promising loot attracting,

Also, watch out for the school bus during the flight and watch when and how many players jump off. This allows you to dive into a targeted dive with many opponents in order to immediately deliver your first battles on the ground, or rather fly a little longer to jump over a quieter area. That leads seamlessly to the next point.

If you jump off the school bus at the wrong time, your lap may have been over before it even started.

As a beginner, does not immediately play to win

As contradicting as it may seem: As a complete beginner, there is little point in avoiding any confrontation. Only in combat can you work on your skills, such as trying out different weapons, getting a feel for gunplay and learning to use Fortnite’s construction function quickly and efficiently. So have the courage to jump over busy areas at the beginning of a round. If you just crouch in a secluded corner of the map, you’ll only improve at an agonizingly slow pace.

Let’s not kid ourselves: the probability of emerging victorious from a match as a newcomer is tending towards zero anyway. Instead of being put off by it, you should see the whole thing as an opportunity: Try different tactics, collect everything that is not nailed down and play freely without pressure to perform. Have fun trying things out and trying to draw a little lesson out of every defeat.

Look for elevated positions or, even better: build yourself

Whenever you get involved in a shootout, you should try to reach so-called “high-ground”, i.e. to take an elevated position above that of your opponent. This gives you several advantages:

Whenever possible, you should go to elevated positions.

As a newcomer to Fortnite you are quickly overwhelmed anyway. Especially surprising for many beginners, however, is the contracting storm, which devours unwary natures faster than they would like. Therefore calls up the map regularly and checks the position of the storm on it in order to navigate to the next safe zone in good time. Note that the storm is contracting faster than you can run – plan accordingly a lot of time on your escape. The storm only slowly gnaws at your health bar (attention: a possible shield does not protect you from the storm!) And does not kill you immediately as soon as you get into it. If the next safe haven is too far away, however, it is still like a death sentence – just a very slow and therefore particularly cruel one.

If you are currently on the run and already close to it, you should also ignore enemies if possible. Even a successfully completed firefight will not earn you any points in the medium term if it has cost you too much time to head for the next safe zone.

Another advantage of regularly looking at the map: You get a feeling for the structure of the map and the distances between the different locations more quickly.

It is very important to check the Fortnite map regularly.

Keep moving and use the storm to your advantage

With the omnipresent danger of the storm, developer Epic Games would like to make life difficult for you with fire under your bum and campers. You cannot just hide yourself in a position that is convenient for you and wait for victims. Instead, the following applies: if you rest, you rust. In addition to the storm, there are many other reasons to keep moving. Since you should be looking for better loot (at least before the endgame), an area that has been grazed once is no longer interesting.

Also, always keep in mind that other players also have to run away before the storm. If you have reached the safe zone particularly early, you can wait for stragglers from there and set these deadly traps. This works the other way around, of course; So never run blindly into the safe zone, but always scan the area for opponents who are already waiting for you.

By the way, you are generally well advised to stay on the edge of the storm. In this way you can both quickly slip into the safe zone and surprise opponents fleeing the storm.

Go quietly and keep your head down

Even if mobility is of enormous importance in Fortnite, you should of course never neglect your cover despite all the agility. There is no radar in the game, so Fortnite players pay particular attention to their surroundings – they can discover you accordingly quickly. So don’t run across the map as if stung by the tarantula, but try as best you can to remain invisible. Sprinting causes a lot of noise and even small dust clouds, so that you draw attention to yourself both acoustically and visually. While crouching you are much slower, but also almost inaudible.

You should also avoid wide, flat areas without cover. Always think about where you could flee in case of fire and if necessary have enough resources with you to at least quickly build cover yourself.

Kills are good, but your survival is more important

Kills don’t win games – only your survival does. It is of little use to you if you finally bite the grass with 30 kills in your account, just because you absolutely wanted to throw yourself into every confrontation. It is often more advisable to ignore opponents or to stay hidden in order to avoid anger. If possible, only go on the offensive if you have no other choice or if you are sure that you can take down an enemy from behind and without taking greater risk.

Don’t be greedy, but take advantage of other players’ greed

The temptation may be great to instantly pounce on the loot left behind by a shot enemy or to counter the supply delivery that is floating down from the sky. At exactly these moments, however, you tend to be particularly inattentive – a weakness that experienced players take advantage of. Do not offer them this option in the first place, but learn to always cast a few scrutinizing glances to the left and right before you collect supposedly safe resources.

But of course you can take advantage of this all too human behavior yourself. A supply is falling to the ground somewhere? Then, with a probability bordering on certainty, other players have also kept an eye on it. Wait until the box has landed and the first careless adversary makes an effort to tear it under the nail – you’ve already been served a shot on a silver platter.

Fortnite Android: What to expect at the release

Here are a handful of other tips, tricks and tricks that can make your everyday life in Fortnite much easier.

Do you have more tips about Fortnite up your sleeve? Get into the comments with it!