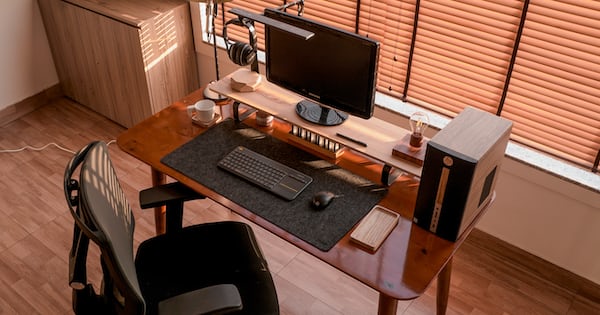 Exceptionally, players of Fortnite can take advantage of a new update this Monday, July 18, which are usually deployed on Tuesdays or Wednesdays. This 21.30 update brings its share of content, with a new weapon while preparing for the event of this summer 2022.

THE SHOTGUN, A NEW WEAPON

As we told you, a new weapon is available in Fortnite, the Primer Shotgun, the details of which have been indicated in a special guide. This can be found everywhere on the battle royale island and has the particularity of having a first bullet inflicting much more damage to opponents. The weapon has four bullets in its magazine.

THE SUMMER EVENT IS APPROACHING

Although not yet available, this update sets the stage for the summer event, which is set to kick off this week. All the details will be communicated soon, and we will not fail to send them to you.

Styles have been added for some battle pass skins, with Dimensional Platinum, Blue___l Lapis, and Blazing Gold styles for Malik, Evie, Adira, Sabina, and the Stormwalker.

For the rest, we leave you with the list of fixes for this update.

Fortnite – All new in-game items and weapons in patch 21.30

As mentioned earlier, the current patch will see the introduction of a new gun called Prime Shotgun to the base game. The Prime shotgun has unique characteristics as it can deal at least 20% more damage on its first shot than others. So if you can land the crucial first blow, you’re guaranteed to win plenty of close-range encounters using the new weapon.

Patch 21.30 also marks the return of Icecream Cones. They were first introduced in patch 9.30, to be vaulted in patch 10.10. Ice cream cones are mini consumables that can increase your health by a certain amount, like a bandage.

As always when an update arrives for the battle royale, Fortnite Creative Mode also has the right to some novelties. For this 21.30 update, players can therefore discover the player marker, the new weapon, the Primer shotgun, but also new accessory galleries. All the details of this Fortnite Creative mode update can be discovered below.

In case you missed it, in Update 21.20 we introduced a new lobby layout, the goal of which was to showcase the artistic talents of the community. To do this, we’ve removed Featured Portals and Rifts. Instead, we’re making up to 8 Golden Rifts in Home (one for each person in your group) available to Creator Groups. A designer showcase is also selected by the home designer. Finally, you can continue to play matches privately using the Creators Showcase Matchmaking Portal Console.

the player marker is a device that lets you create a marker that displays information about a player on their nameplate, specifically their HP, shield, resources, and distance to you. You can also add an icon and a personalized message. The marker can be visible on the main map as well as on the minimap.

Remark : The player marker is not visible, unless a player has a nameplate assigned to their character. If you don’t see additional information when testing your island, make sure nameplates are turned on. To do this, simply go to the My Island settings and go down until you find the parameter Always show name plates. Choose To all Where To the team.

the primer shotgun is a unique shotgun that rewards players for reloading often. It’s a weapon that deals more damage when fully charged! Reload after each shot to do the most damage possible.

The new Cascade Gallery lets you add waterfalls to your islands! As for the Hug tree gallery (accessories), it allows you to create a zone dedicated to hugs.

The stunts have arrived! You have a whole selection at your disposal for your island, with varying sizes and shapes.