Free games on PS4, Xbox One and PC to play for your face the weekend of August 28-30 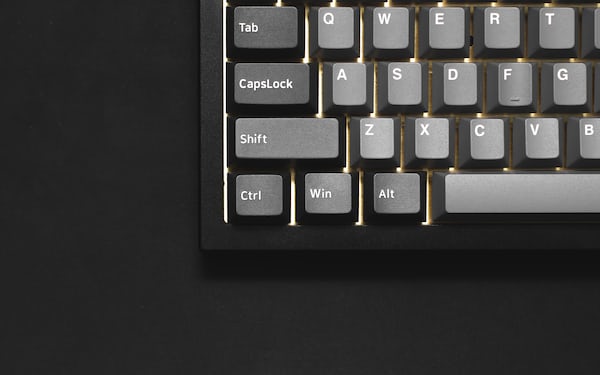 Free games on PS4, Xbox One and PC to play for your face the weekend of August 28-30

We have an extraordinary free game weekend ahead of us; Around 200 games for PS4, Xbox One, Switch, and PC will be available for us to test out across major digital platforms. Here we leave you the best free games for computer and consoles for the next few days.

One more weekend we bring you the best free games to download and try on consoles and PC. Coinciding with the Gamescom fair (which is held virtually this year) we have at our disposal more than 200 independent games in demo form, in addition to the free games from Steam and Epic Games Store.

Between the free games for the weekend of August 28-30 Some titles stand out such as Hitman (the edition that was launched in 2016 with all the episodes), the collection of the three Shadowrun, or the NBA 2K21 demo, which launches on September 4 and adds playable news to the best basketball simulator .

Hitman includes all the locations from the first season (initially it was an episodic game, as opposed to its sequels), with the Prologue, Paris, Sapienza, Marrakech, Bangkok, Colorado, and Hokkaido episodes. Your mission, as Agent 47, is to finish off your objectives by using all kinds of strategies, weapons and accessories to go unnoticed. And we can download it for free and keep it forever through the Epic Games Store.

The game developed by IO Interactive, offers us enormous possibilities to fulfill the different eliminations, with exotic environments full of possibilities for Agent 47. This assassin does not have the hair of a fool, and continues to retain his most legendary abilities, such as his incredible ability to disguise (We can steal clothes from practically any NPC we kill / KO) or their knowledge to turn any object into a death trap.

The limit is in our imagination, as Hitman constantly surprises us with new ways of killing, each one more original than the last, and many of them loaded with black humor.

Shadowrun Collection includes the three base games Shadowrun Returns, Shadowrun Dragonfall – Director’s Cut and Shadowrun Hong Kong – Extended Edition. Dozens of hours of turn-based tactical RPG for one player, in a world that blends cyberpunk and fantasy. And we can download it for free through the Epic Games Store.

In addition to its gripping stories, and characters, this legendary role-playing game features strategy-laden battles that benefit from the Shadowrun’s isometric perspective.

Tower Tag is a VR game that has a simple approach: two teams face off in a first-person duel to the death, shooting each other in cyberpunk environments, through which we can navigate using a hook, which allows us to move between the different platforms.

We can play in 1v1, 2v2, 3v3 and 4v4 modes, with 10 game maps available (which seem to have come out of the Tron movie). And if we are alone, we can also practice our aim in a mode with bots, controlled by the AI. We can download it for free via Steam during the weekend.

This weekend, we can test for free through Steam Two Point Hospital, a game developed by Two Point and produced by SEGA that is considered the spiritual successor of the mythical Theme Hospital. In it we must control each and every aspect of our facilities: create the rooms and distribute them, hire qualified personnel (and if not, train them), investigate to deal with new diseases … and manage each and every one aspect, from salaries to prices for patients.

All with a control, in the case of the console versions, that allows handling and managing each aspect quite effectively and easily, and with a visual presentation that closely follows the level of what is seen on PC. All, in addition, respecting another of the signs of Theme Hospital, and that is that Two Point Hospital displays a colossal sense of humor.

Destiny or Fate is a roguelike, a game of those in which we explore dungeons full of enemies, trying to get the best equipment and weapons, to make our way through the next one. But Destiny or Fate (available for free via Steam) has something unique about it; Instead of turn-based or real-time combat, it is a card game.

Thus, our goal is build the most powerful deck to stand up to opponents that await us in the different locations of a fantastic medieval world.

We can already check the news that incorporates the game in NBA 2K21 in the demo, available for free from last day 24 for PS4, Xbox One, Nintendo Switch and PC (The game will be released on September 4). The simulator of the best basketball league in the world, developed by 2K Games, incorporates a retouched Pro Stick operation, which increases the ability to dribble, with more movements and in a more intuitive way.

The shots have also been changed: there is no longer a timing bar, but a targeting system, similar to the one they tested in NBA 2K17 but improved. Now, instead of having to stop the firing indicator at the optimal moment, what you have to do is move the Pro Stick towards the ideal aiming center.

On the occasion of Gamescom 2020, which takes place this weekend virtually, an online stand has been created dedicated to the independent games that were to be shown during the fair. There are almost 200 titles that can be tried freely, and that cover every imaginable genre. The demos of all these games are available for free this weekend.

In addition to this considerable list of games that we can try for free during the weekendThere are a number of publishers and developers who have confirmed their attendance, but whose titles are not yet final.