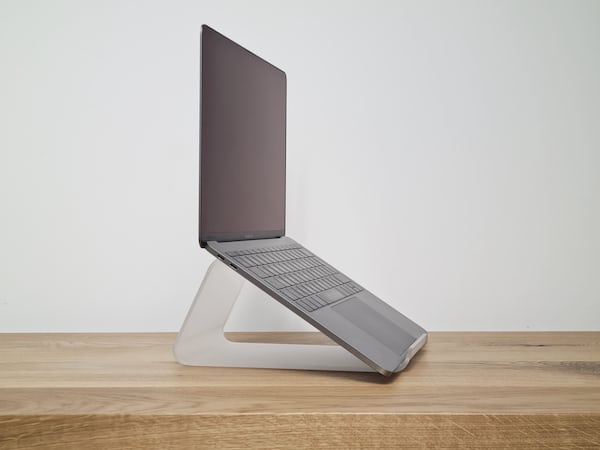 This is a case that Apple would have done well. In the United States, the Cupertino company is the subject of a complaint brought by Le Figaro and L’Équipe, president and vice-president of Le Geste, an association which represents publishers of content and online services. In question, the alleged abuse of position – even the violation of competition law – on the market for mobile applications on the part of Apple.

According to the complaint, the apple brand holds a “deliberate, anti-competitive and unjustifiable monopoly”. It is thus criticized for offering only one means of reaching users of the brand.

Apple has taken over the market for distributing applications on iOS (…), but not because it has built the best store. Apple deliberately built a monopoly by blocking any potential competition through technical means and contracts with developers.

Excerpt from the complaint

Access to customer data, protected by Apple, is another subject of tension: publishers would like a reader subscribing to a subscription on the App Store to be able to find it more easily on his computer. Finally, the plaintiffs wish to obtain more flexibility, in particular in the payment systems or in the tariff levels (prices currently fixed by Apple at 0.99 €, 1.99 €, etc.).

Why Le Figaro and L’Equipe file a complaint against Apple?

A “deliberate, anti-competitive and unjustifiable monopoly”. This is what Le Figaro and L’Equipe accuse the giant Apple.

Associated with Le Geste, an association representing publishers of online content and services, the two French media have therefore filed a complaint on Monday August 1 against the American company in court in San Jose, California. The plaintiffs want Apple to offer or allow alternative ways to access their apps.

“Apple has cornered the market for the distribution of apps on iOS (…) but not because it has built the best store” they explain. And to add:

Apple deliberately built a monopoly by blocking any potential competition through technical means and contracts with developers.

The plaintiffs’ lawyers are therefore asking for a trial by jury and are asking, in addition to damages, for an injunction from the judge forcing Apple to change its practices in the distribution of applications on iOS.

An air of deja vu

This case is reminiscent of the soap opera Epic Games vs. Apple. The publisher of Fortnite had filed a complaint against Apple in 2020 for abuse of a dominant position and had won the case. But Apple appealed the decision. Like Le Figaro and L’Equipe, Epic criticized Apple for exercising a monopoly on the purchase of goods and services in its store.

To defend, Apple brandishes its shield marked with the seal of security. The company explains that the App Store is the safest portal to download an application on iOS. It says it provides the best guarantee in terms of payment security and data confidentiality. The judges will therefore decide if this argument is sufficient to keep the App Store as the one and only means of downloading an application.

But things seem to be going badly. In the United States, the company will have to justify these practices to the regulators. In Europe, the recent Digital Market Act (DMA) and Digital Service Act (DSA) are forcing the digital giants to let go to make room for competition.

On Android, alternative app stores have been around for years. However, the Play Store remains the preferred portal for users.

App Store: advertising will be even more present

pple will increase the number of advertisements within its App Store.

Until now, ads were mainly displayed in search results and in the search tab. Advertisements (i.e. featured apps) should soon be found on the App Store home page, as well as on individual app pages.

For Apple, “Search Ads gives developers of all sizes the opportunity to grow their business. Like our other ad offerings, these new ad placements are built on the same foundation – they will only contain content from the App Store’s approved product pages and adhere to the same rigorous privacy standards.”

Six years after the appearance of the first advertisements, the App Store is therefore approaching Google‘s Play Store in terms of advertisements, where they were obviously already present. It is, after all, Google’s core business.

The Apple logo hangs at the entrance to the Apple store on 5th Avenue in the Manhattan borough of New York, July 21, 2015.

“There is no legitimate business necessity or pro-competitive justification for Apple’s conduct,” the complaint states. “Instead, Apple’s actions are designed to destroy competition. »

The plaintiffs are represented by the American law firm Hagens Bermann Sobol Shapiro, and Firouz Masmi Dazi, based in Paris.

On August 1, the French association of content and online services publishers, Le Geste, seized American justice against the monopoly of Apple’s application store, the App Store, on the distribution of applications on the smartphone market from the apple brand.

Apple is facing another antitrust lawsuit over App Store fees, this time brought by a group of French iOS app developers who are suing the tech giant in its home state of California. Prosecutors accuse Apple of anticompetitive practices by allowing only one app store for iOS devices.

Along with Apple’s annual $99 developer program fee, reduces developer revenue and stifles innovation. Yet developers are not allowed to offer alternative payment methods under Apple’s App Store rules and cannot distribute their apps to iOS users outside of the App Store. on the Although Apple allows this on Mac computers.

The iOS developers in the lawsuit include French developers Société du Figaro, the developer of the Figaro news app; L’Équipe 24/24, developer of the sports news and live streaming app L’Équipe; and GESTE, a French association of publishers in France of online content and services, including developers of iOS applications.

The group is represented by and based in the US Hagens Bermann law firm, which last year won a $100 million settlement Against Apple’s recently introduced App Store policies $1 billion case against Apple for antitrust issues with Apple Pay.

Steve Berman, managing partner of Hagens Berman, has a history of winning against the tech giants, having won these $560 million settlement Against Apple over e-book price-fixing and $90 million settlement dollars On behalf of Android developers. He is working with Paris-based antitrust lawyer Firoz, named Dazi, on the proposed class action lawsuit.

“We recently started tracking our hard-earned deal with Apple and are ready to get back in the ring,” Berman said in a statement. “We are thrilled to see iOS developers in other countries demanding the same justice as us. They were able to do this to developers in the United States. We believe they were also wrongfully exposed to Apple’s stifling App Store policies, and we intend to bring Apple into law.

The lawsuit seeks to force Apple to allow competition in the distribution of iOS apps and remove pricing mandates that prevent developers from setting their own prices for in-app purchases.