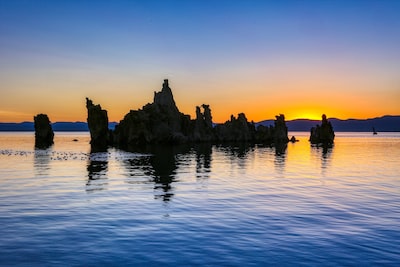 “Will it be the right time?”. This is the question I ask myself every time I approach a Ghost Recon, a series that in spite of Assassin’s Creed has never been able to take that small step capable of transforming it from a good license to something really unmissable.

An example I think is Ghost Recon Wildlands, the last chapter of the series: graphically beautiful and fun to play, initially it looked like a bomb. Then, as soon as you noticed the heavy underlying schematism and the intrinsic repetitiveness of the gameplay, the interest quickly waned. At least in myself.

On the other hand, there are very few publishers who manage to make open world games that are not repetitive, with Rockstar and CD Projekt sitting above all the others. Ubisoft, to be fair, has come a long way with Assassin’s Creed Origins, but already with the recent Odyssey it has slipped towards ancient habits.

The game will also have multiple choice dialogues. These will not affect the unfolding of events but will allow us to obtain more information, which could help us in carrying out the missions.

This is to say that we have no doubt that Tom Clancy’s Ghost Recon Breakpoint, due out on October 4th, will be a good game; the doubt, if anything, is whether the series will finally be able to take flight. Obviously looking at its new course, of course, because the first Ghost Recon of 2001 was something else.

Yeah, but what is Ghost Recon Breakpoint? And why should it succeed? After all, this eleventh installment of the series takes us to yet another open world environment (this time the fictional island of Auroa), and puts us in the shoes of the usual war veteran (Lieutenant Colonel Anthony “Nomad” Perryman), they send a prize vacation to the Pacific Ocean to investigate the operations of Skell Technology, a military contractor based in Auroa.

Nothing has changed compared to the past, if we think of the ‘genome’ of Breakpoint: we are in fact faced with a tactical shooter with a third-person view, which becomes subjective when aiming with weapons. And if we go to analyze the map, even in this case Auroa will present the usual variety of biomes and can be crossed using the usual plethora of vehicles. Moreover, even the size of the game area does not raise any surprises, with Ubisoft guaranteeing that the map will be larger than that seen in Wildlands. Who knows when someone will find the courage to say “enough” and understand that square kilometers are not really that important. For information, ask for Kazuma Kiryu and Yakuza’s Kamurocho.

More interesting, however, is the division into classes. There will be four, and Ubisoft guarantees that more will be made available after launch. Each has its own abilities and while the Panther is stealth-oriented and able to exploit smoke bombs to disappear into thin air and reappear perhaps behind the enemy to kill him, the Sharpshooter with its triple .50 caliber bullets will be able to get out of our way when we are maybe in the sights of the Behemots, heavily armored drones.

And then there is also the Assault, which when raging reduces the damage taken and increases the damage dealt for a limited amount of time. Finally, there is the Medic, which obviously does not shine for the DPS but which can launch prodigious medkits to companions and bring them back to life from a distance with a drone. All these special actions can only be performed when a special bar has been loaded, which will happen by performing actions on the field and not just letting time pass. This means that, in multiplayer for example, even the Medic is forced to do something (but exposing himself to free risks), otherwise he will not be able to resurrect his companions.

Players will be able to freely change classes during the game and, as always, will have a huge range of paraphernalia at their disposal, including combat drones.There will also be very interesting gadgets such as the torch with which to cut fences, electromagnetic grenades to disable drones and vehicles, and grenades at the sulfur to get rid of groups of opponents. Enemies that, if necessary, can be taken away and hidden to avoid alerting their comrades. Likewise, our allies will also be able to be lifted, transported and revived in a place deemed more convenient. All features, these as well as others, born behind the indication of the playing public of Wildlands.

After launch, a new multiplayer mode and endgame content such as raids will be introduced.

The most important difference from the previous chapter, however, is another. And it is the one that sees us move from the role of predator to that of prey. The opponents will in fact be more numerous than in the past, and their types have also been increased. They will also respond more realistically to our actions and in Auroa there will be patrols whose only job will be to flush us out.

On the other hand, Ubisoft’s declared goal is to make us feel “in the most dangerous place in the world”, a feeling that was certainly lacking in Wildlands. At this point it will become important not only to regularly maintain weapons but also to gather the resources necessary to create bandages and other objects useful to keep our hunger, fatigue and hydration under control. Otherwise our ability to regenerate health or to move silently between enemy lines will be reduced.

It should be noted, however, that medkits will be able to heal only the most superficial wounds, while the most serious ones will limit the functionality of our haughty ego, which may begin to limp or will no longer be able to aim accurately. This is because Breakpoint will see the introduction of a stamina bar, after which we will move more slowly and it will be difficult to maintain balance in mud rather than in fresh snow. To solve this situation it will be necessary to create bivouacs in which to camp and then take care.

Multiplayer proved to be fast and fun. Promoted animations, especially when lying on the ground, and automatic covers.

In short, taking up the beginning of the article, the expectations about Ghost Recon Breakpoint initially seemed modest but then, discovering its characteristics, the hype has undergone a tangible improvement. Also because the presence of actor Jon Bernthal (The Walking Dead, The Punisher) as the boss of the enemies, adds further depth to a production that wants to be something more than the classic sequel designed to make the shareholders happy.

But until now, the clash of pros and cons has been purely conceptual. With that the field test becomes important and this is where our hour spent in the Ubisoft booth comes in. Which, however, unexpectedly, limited itself to making us play an unprecedented Italy – France 4 vs. 4 teams, jumping the single player on even foot

Patriotic pride unfortunately suffered a sudden setback when the Italian team was soundly slapped by the French one, who overall deserved the victory by playing better and more in the group. Without hiding the fact that not having myself in their ranks was a significant advantage.

Regularly sniped when trying to heal others, inevitably killed from the left when looking right and right when looking left, I missed the moment of glory in the final, decisive round, taking out two enemies in a row and turning a 3-1 into favor of the French in an unexpected draw. And it was at the decisive moment, with me crouched behind a pile of wood and the enemy also crouched, but on the other side, that I accidentally pressed the space bar and climbed on the cover instead of going around it, inevitably ending up riddled with shots.

The result was a thundering curse, alas echoed in the headphones of my colleagues, which jeopardizes the possible capture video on our YouTube channel, probably beyond the esteem of the Eternal Father towards me, already compromised by too many games in Hearthstone. With which I also publicly thank my companions for their patience, and above all Aligi who, seizing the moment of despair, did not rage as I imagined he would have done.

Beyond the personal adversities, however, the multiplayer of Breakpoint has proved to be pleasant, fast enough and varied. However, nothing that has not already been seen or played, and it is therefore the single player that we will look at in the near future to understand if this Ghost Recon will be able to fully express its potential.