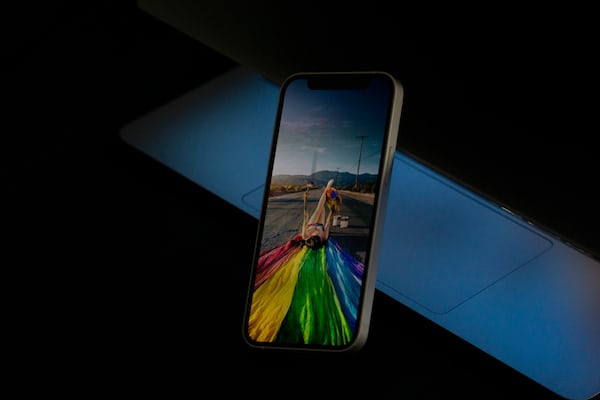 Microsoft has been jealous. That Macs with the new M1 chip can run iOS and iPad OS apps natively? Well ale, they will also offer support for Android applications (almost) natively thanks to the newly unveiled Project Latte.

The desktop platforms of Microsoft and Apple thus give a nod to the mobile applications of Android and iOS, but unless things change, that support has to overcome great obstacles both on Windows and macOS.

All those who have tried to run iOS applications on the new Mac with Apple’s M1 chip make it clear: this option, although curious, still works in a way that poor at best.

Many applications are not prepared to be executed with a mouse and keyboard, and they are also not ready to adapt to a totally different screen format despite the fact that projects like Catalyst have allowed developers to move applications from iPadOS to macOS relatively easily.

The problem is that those applications they do not adapt, and if they do they usually do not do it completely. One of the examples that we have seen the most in these analyzes is that of the HBO client to watch this streaming content.

When opening it on an iPhone or iPad everything works great, but things change when we run it on a Mac with an M1 chip: on these computers window cannot be resized, but you can’t even put the content in full screen.

With this and with many applications the solution seems within the reach of developers, who they might come up with better behavior soon, but today mobile applications are still mobile even if we see them on the desktop: they do not adapt, and that is the first thing they must do.

That problem is more than likely to affect Android apps when Microsoft offer that subsystem windows for android, which will behave in a similar way to the Windows subsystem for Linux (WSL) and that the Redmond company wants to launch with its Project Latte.

Developers are expected to not have to make any changes to their applications, which basically they will just have to repackage as MSIX then submit them for approval by the Microsoft Store.

It will be interesting to see how Microsoft solves that problem of the adaptability of Android applications, which should behave in a similar way to what we have seen these years with that wonderful and unsuccessful initiative of universal apps.

Microsoft wanted developers to be able to create an application and it would behave perfectly whether we ran it on a mobile or used it on a PC with a 32-inch 4K monitor. The wickers were there to achieve boost Windows 10 also on mobile, but as we know at Microsoft they ended up throwing in the towel. A shame.

The other big problem for that iOS or iPadOS mobile app support on macOS it’s in the way of interacting with them: It is possible to play Among Us, for example, but doing it with mouse and keyboard is “weird”.

The ideal here, of course, is have a touch screen. Several have been those who have alluded to this after the release of some MacBook Air and MacBook Pro that still do not have a touch screen and that are somewhat “lame” when used with applications that were developed to be touched.

Will that change in the future? Apple has always seemed to reject the idea: touchscreens are an iPad thing, they argue, but what they say and what they stop saying is very different: in June 2020 a patent related to an ultrathin touch sensor appeared, and in fact something like that was already discussed in 2013.

In Windows-based laptops things are very different: we have long enjoyed touchscreens in both non-convertible and non-convertible laptops, and although the touch support seems to be wasted and is not widely used by some users, the support Android apps would make this type of option especially interesting.

This advantage of Microsoft’s laptops contrasts with a disadvantage that Apple has well resolved: the distribution of these applications is perfectly controlled through the App Store, but it does not seem easy that Microsoft can access Google Play since Google only allows it on Android or Chrome OS devices. Perhaps an alliance would be interesting for both companies, but for now there is no news about it.