Ghost of Tsushima – Blood, Mud and Steel … a Japanese epic 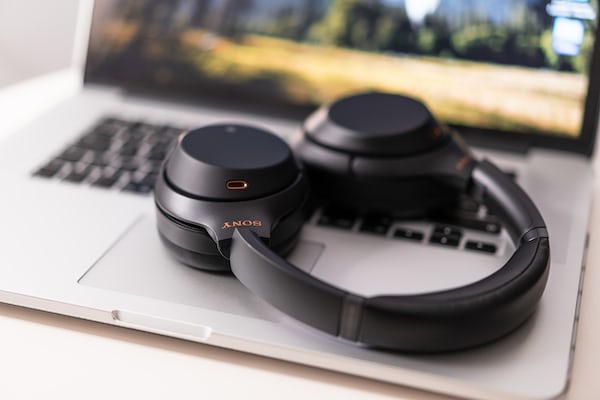 Ghost of Tsushima – Blood, Mud and Steel … a Japanese epic

When Sucker Punch decided to create Ghost of Tsushima, an idea that came from a group of four people and that spread to the rest of the studio, it had a very clear objective in mind: to create a time machine capable of transporting players to the Tsushima island in Japan during the 13th century. After revealing a first cinematic trailer at Paris Games Week 2017, Sucker Punch traveled to Los Angeles to show the first gameplay trailer and the first details of their new game.

To create this game, the Seattle studio took inspiration from films by director Akira Kurosawa, creating scenes and landscapes with constant movement of extreme beauty. Ghost of Tsushima is the result of a collaboration with Sony’s Japan Studio, which is helping with dubbing for Japanese, and like many games today, it is an open world that encourages the player to explore the horizon ahead. Open world games are more and more common and are in danger of becoming commonplace, but Ghost of Tsushima has an asset up its sleeve: traditional Japanese landscapes with huge flower fields, colorful trees, sun rays passing through the clouds . From the little we saw, we were blown away.

In a demo of private gameplay, which showed the same mission you saw at the PlayStation conference at E3 2018, the producers revealed little curiosities every moment. One is that there were three key words in the creation of Ghost of Tsushima: Blood, Mud and Steel. The three words take shape shortly after the start of the mission, when Jin, the protagonist’s name, finds the Mongol soldiers in a mire. Although it is just a side mission, something that Sucker Punch was keen to mention to show that sidequests will have quality, it is a scene that depicts the spirit of Ghost of Tsushima and the incredible details that it will have.

“went to look for films by director Akira Kurosawa”

It is in the mire that we see the first sample of the Ghost of Tsushima combat. Jin suddenly draws his sword and cuts off one of his opponents. The blood gushes and as Jin starts fighting against the remaining Mongolians, the mud starts to splash and dirty his clothes. Sucker Punch stressed that blood and mud are dynamic, meaning you can get dirty in different ways depending on your movement and attacks. What we were seeing was in fact real gameplay being played at that moment. The demo was the same, but Jin’s attacks were different in this private session. When Jin was about to be hit by an opponent, a woman appears who hits him in the back with an arrow.

The woman, who allies herself with Jin on a rescue mission, is just one of the many characters you can encounter throughout the game, a taste of the depth you’ll find in Ghost of Tsushima. When he is about to reach the prisoner’s place, there is a curious moment when Jin pulls out a rope to climb the building and enter through a small window at the top. Sucker Punch preferred not to go into details regarding this mechanics, but suggests that there will be some verticality, although it has been said that Samurai fight on the ground and are not the same as ninjas. The stealth failed to rescue the prisoner results in an alert for the nearby Mongol army, but it was said that it was possible to avoid this if one of the soldiers had not sounded the alarm.

The next part is, once again, a scene highly inspired by ancient Japanese films, with two Samurai facing each other under a tree of red and orange leaves. It is another scene with dynamic elements, with the leaves on the floor moving according to the movement of the characters. Although this was the first gameplay released, it is noted that Ghost of Tsushima has been in development for a long time. The production started after the launch of inFamous: First Light, which became available in August 2014. With this we can conclude that the production has been going on for almost four years and this is evident in the solidity of everything that was shown.

The side mission was a small part of the Ghost of Tsushima world, which will be wider and larger than inFamous Second Son. Taking place on an island, we are not going to explore just the land, I was told that we can go to the water. And if you are afraid of so-called fetch quests, Sucker Punch had no problem telling you right away that there are no such quests in your game. All sidequests were designed to portray people’s despair during the Mongol invasion and you can also forget about the Ubisoft Towers right now. Right from the start, you’ll be able to explore Tsushima Island, although the studio says it wants to encourage people to explore some spaces first.

Regarding combat, we still don’t know for sure how it works, since we only had the opportunity to see and not to play, but Sucker Punch explained during the presentation that you have light attacks, heavy attacks and also final attacks, which are those blows with cinematic camera. You can still fight on the horse. Apart from that, we were also told that there will be RPG elements and that you will be able to change armor and weapons. We know nothing more about Ghost of Tsushima, but what we saw seemed like a breath of fresh air. An open world game in Japan from 1274 is an excellent proposition and with the talent of Sucker Punch it has everything to succeed. The launch is reserved for 2019.