Ghost of Tsushima is visual poetry and a lesson on immersion 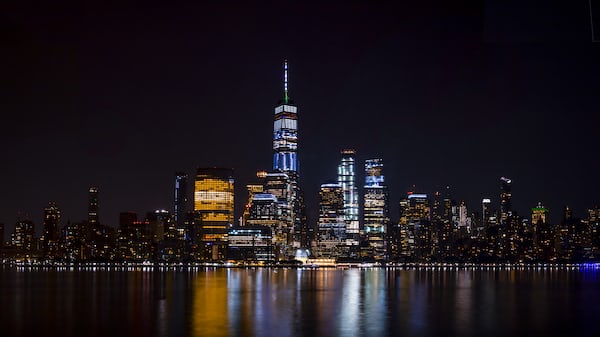 Ghost of Tsushima is visual poetry and a lesson on immersion

By the time you’re reading this, Sucker Punch’s Ghost of Tsushima has arrived in stores, but when I started this text, motivated by the constant state of wonder in which I am immersed, I am still playing it and finishing its analysis. . Despite having finished the main story, I’m still fighting to free Tsushima and there’s something exciting about this game that I want to talk to you about. The passion for samurai and the desire to obtain an epic of action and adventure in the open world was finally satisfied, but in a way and expression that I would never dare to imagine, with a methodology that really shows the enormous passion that this team feels for the same theme that I love so much.

This is to say that playing Ghost of Tsushima is truly an experience in which you will be constantly in love with the scenarios that lie ahead, especially since the team worked with experts in different fields. This allowed them to aim for something bigger, something more poetic, something influenced by cinema masters, like Akira Kurosawa, which in turn allowed Ghost of Tsushima to adopt the form and a kind of interactive visual poetry. It may seem exaggerated to say this, but I rarely felt for a game the charm I felt when enjoying the visuals of this game. Ghost of Tsushima is truly a lesson, not just about immersion, but how balance rules life.

Ghost of Tsushima is also proof that visual aesthetics is not just about impressive textures, there is an entire artistic envelope through which this engaging feudal world is delivered. Sucker Punch achieves this effect, which I believe will already be surprising many, through the dynamic system of climate and time of day, but also with the glorious lighting system and, perhaps more important than everything else, through its minimalist philosophy.

“Lighting transforms the world around you in inspiring ways.”

Recently, several high-profile games have shown the importance of removing some of the features that this project as a video game highlights, in order to increase immersion. Whether removing visual noise, such as goal indicators or an intrusive HUD, today studios strive to create dynamic HUDs and interfaces that fulfill a purpose above others. This purpose, I believe, is to enhance cinematic involvement and, consequently, increase immersion to a level that would not otherwise be possible.

It seems easy to think that just removing elements from the interface and it’s done, but I don’t imagine it being that easy. On the contrary, in my conversation with Brian Fleming, producer at Sucker Punch, it became evident that the team spent years trying to find the perfect point between preserving the minimalist ambition and delivering the necessary information to the player. In my view, this is an art and in addition to the dynamic factor of the HUD, it requires careful reflection on what is important to show the player and when. Furthermore, you need to think about it in a structural way because the game is constantly teaching you its mechanics and visual clues so that it becomes fluid to absorb and interpret them.

There are games whose interface I tolerated, others were indifferent and one or the other I considered smart. On the other hand, there are games whose immersion has been completely ruined by a bad interface and an intrusive HUD. The minimalist interface in Ghost of Tsushima is not a whim, it is a fundamental component of an open world experience that wants, on the one hand, to surprise you with a cinematic and epic tone, but on the other hand it wants to do it in the most natural as possible.

“There are a lot of scenes loaded with cinematic intensity.”

Once you start playing Ghost of Tsushima, you’ll spend about an hour on the intro, a succession of pre-defined events through which you learn the basics of the game. After the first hour, Sucker Punch lets you go anywhere on the lower half of Tsushima Island, without any restrictions. You are not required to carry out history or optional missions, you are free to go wherever you want. You can open the map and choose 1 of 3 visible icons, but you can just go anywhere. No restrictions.

When choosing a location on the map, leave the menu and continue without any direction indicator. Here, you’ll have to slide your finger up on the Dualshock 4’s touch panel to invoke an event burst. The wind will blow in the direction of the target and even the flowers or trees oscillate in that direction. In this incredibly dynamic way, which after a few minutes becomes intuitive, you will find yourself contemplating the entire screen, without the need to focus your eyes on a specific part of the image to guide yourself, without arrows or indicators outside the game world. It may seem trivial, but it is not and the truth is that many games reveal difficulties in managing the HUD as a vehicle of information and how intrusive it can be for immersion.

This refreshing approach is simply fascinating because in a progressive and natural way, I started to invoke the wind and look at the entire screen. I found myself thinking that, no matter how well dynamic HUDs are implemented in other games, I had never seen anything so natural. There are games that allow you to minimize the HUD and indicators, but present it as an option, while Ghost of Tsushima presents it as part of its design philosophy.

“At times, Tushima looks more like a beautiful painting than you can take your eyes off.”

Ghost of Tsushima reminds you of the value of visually exploring the scenarios at all times, of putting yourself in the game world and doing your part so you don’t get out of there. The minimalist approach makes you dare to explore the island with your own eyes, helping Jin Sakai to discover new points of interest and create his own journey. Recalling what Nintendo decided to do with The Legend of Zelda: Breath of the Wild, Sucker Punch strove to make everything more dynamic, more organic, more natural in the way the player flows from one point to another. It teaches you to be more aware of your surroundings and the reward is a visual splendor.

I believe that the vast majority of those who are already playing Ghost of Tsushima, are already lost in the constant dilemma of ‘do I let the action follow or do I stop to activate the photo mode?’ There are immense moments when I became a kind of samurai cinema director, moving the camera in the middle of a duel trying to understand if the scene would be worth recording. The climate system, time of day and lighting perform a spectacular job to increase the sense of immersion that the minimalist interface shows. At some point, you can be riding through a field of flowers at sunset and when you find yourself, you are climbing some rocks at night, ready to enter a hot spring. Likewise, when you realize that the day is almost dawn, you rotate the camera constantly in search of the way the first rays create a show of light and shadow.

In Ghost of Tsushima, I find myself excitedly looking for that perfect moment when the light makes a landscape more dazzling and I want to capture it. This is a result of the team’s immense effort and believes that it will become one of the main facets because the game teaches you, from the first minutes, to look at the entire screen and not just what the HUD tells you. In addition, it is a kind of even bigger game for Onimusha fans, who since PS2 dream of a new game of such cinematic involvement.

Like me, you may have noticed that after a few hours, you were playing the HUD of an open world action game and not the game itself. You were not assimilating anything from the scenery or the beautiful landscapes, you were just looking at the arrows on the floor or the map. It may seem trivial, but I felt that it is being overwhelming and one of the greatest assets in Ghost of Tsushima.

In addition, this tribute to samurai cinema means constant duels and they all seem to have been planned with a film-worthy frame. There are immense duels that go far beyond steel hitting steel, they are physical manifestations of the philosophical dilemmas in which the path of each of the characters placed them. Fighting a fearsome opponent in a field of flowers at sunset means much more than a dazzling and captivating game of colors, it is a way to encourage you to believe that you are playing scenes like the ones you saw in the samurai movies.

“Often, violent and tense scenes take on a different tone due to the visual framing.”

Riding towards the horizon, like the setting sun in front of us, always obsessed with not losing a possible memory is just one example of what is happening to me on my journey through Tsushima. All this thanks to the minimalist interface and that desire to immerse you in the game without any external hassles and that until now were considered essential in a video game.

I have yet to mention a fascinating development that happened to me. If I initially looked at the scenarios because the experience thus encourages you with remarkable naturalness, I now find myself organically looking for clues in the forests or valleys of Tsushima. At any moment, I will be able to pass by a bird that chirps so that I know that it is there, to take me to a place of interest. I will also be able to spot a fox and I know immediately that it is a point of interest. In addition, I saw a column of smoke in the distance and I know that something awaits me there. All of this happens because, once again, my eyes are exploring the scenery and watching the game, not the HUD.

“Riding with a samurai towards the setting sun, a dream for any Onimusha fan since the days of PS2.”

By eliminating, with all this naturalness, the need for a HUD and by betting on a minimalist tone, not as an alternative, but as part of the foundations on which Ghost of Tsushima is built, Sucker Punch gave me an experience memorable. It’s what I even consider as a series of lessons on immersion and involvement with the game world. The way you discover poetic moments ready to be captured with the photo mode is just one of the ways I find myself in love with this game.

Finally, I have stretched too far, I still leave a photo about an element that also surprised me, the visual effect on the progression of the armor. It is a tiny element that many may not even value, but unlike the vast majority of games, in Ghost of Tsushima your armor visually changes when you level up. It is another small detail and another way to honor the samurai and another piece of this puzzle in the form of interactive visual poetry.