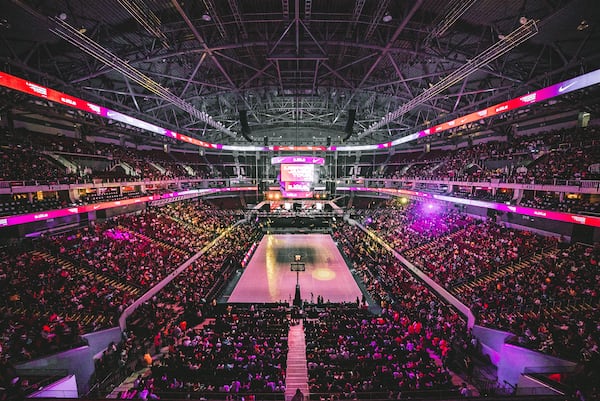 Newly released concept art bodes well for the environments in Ghost of Tsushima! In other news this N8W8: you can pet the cats in Cyberpunk 2077, The Last of Us Part 2 trailers compared to the final product and Old Telltale games again on sale on Steam and GOG.

Sucker Punch has released some beautiful pieces of concept art, introducing us to the world of Ghost of Tsushima.

Undoubtedly, you have already seen a trailer of Ghost of Tsushima pass by. In that case, you know how breathtakingly beautiful the surroundings promise to be. Vast valleys, lush forests, picturesque villages and deserted battlefields; the game promises a wide variety of locations. To make us even more delicious in the run-up to the release, Sucker Punch has released a number of concept drawings.

Below (via Dualshockers) you see the drawings of Ian Jun Wei Chiew, Mitch Mohrhauser and Romain Jouandeau respectively.

Ghost of Tsushima can finally be checked in three weeks. It will therefore not surprise you that the game has since gone gold. That means the game can be printed and shipped.

Ghost of Tsushima can be checked on PS4 from July 17th.

Yes! You can happily pet cats in Cyberpunk 2077

Have you read that awesome preview of Raf? He will explain in detail what you can expect from the first 4 hours of Cyberpunk 2077.

The answer is YES! We read on IGN that you can at least pet the cats. <3

Unfortunately, dog lovers will remain in the dark for a while … On November 19, however, the redeeming answer will follow for them too. From that date you can check Cyberpunk 2077 on PC, PS4 and Xbox One.

In this new section, the Guardian highlights a game that she noticed positively last week. Watch Dreamscaper today.

Dreamscaper is an ARPG with elements from roguelites, brawlers, top-down shooters and dungeon crawlers. You play the game as Cassidy, who dives into her own subconscious mind to save herself. There she fights various surreal nightmares, which take the form of dungeons with an ever-changing environment.

Dreamscaper was created by three friends who wanted to create a meaningful game. The game started as a Kickstarter project, raising more than $ 50,000. You can now check out the game’s prologue on Steam. The official release will take place in August.

In her search for fresh news, the Guardian came across the video below from Digital Foundry. And although she doesn’t really care about shiny graphics, she does find it interesting to see how a game ‘evolves’ during development.

And of course, you can best show this evolution by putting the end product next to previous trailers! With that you can show to what extent a game has changed since then. Or maybe even improved! Watch:

The Last of Us Part 2 is now available on PS4.

Old Telltale games on sale again on Steam and GOG

Hoera! You can now get a discount on some old Telltale games including Tales of Monkey Island, Batman – The Telltale Series and The Wolf Among Us on Steam and GOG. And that is quite special!

People at PC Gamer noticed that a number of games from (the now closed studio) Telltale Games have been added to Steam and GOG. However, Telltale is no longer credited as a developer. That honor now goes to LCG Entertainment, with Athlon Games acting as publisher.

Do you miss an old Telltale game in your collection? Then this is your chance to score it with a hefty discount. For example, Tales of Monkey Island will cost you only 8.39 euros on Steam with a 50% discount. On Batman: The Telltale Series you even get a 75% discount, so that the game only costs 3.74 euros.

You have until July 9th to fix the Telltale games (at a discount)!

Today in memes and things: a lesson in how to handle bugs in style, party facts about prehistoric Pokémon, andPokémonerview with Double Fine’s art director.