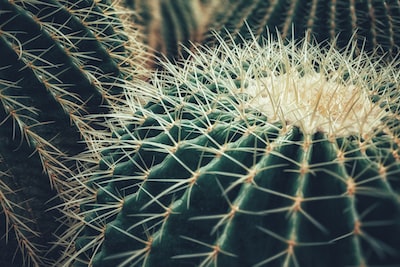 The presentation of Ghost Recon Breakpoint made you want to play: A new class system, more survival features with injuries and wound care, more of the feeling of being behind enemy lines as a member of a special squad. In addition, a progression that is shared across all game modes and a story that seems to come more from a Bond film than from a reactionary, imperialist drug war novel.

Although Wildlands is still quite fresh, it seems (in the two and a half years) that a lot has happened before the successor. And that is a good thing, because I found the predecessor solid in its basics, but in its length and uniformity overwhelming and tonally a bit caustic. Either way: Ubisoft put a lot of commendable support into the title even after its release and made it better. It is hard to imagine what a new part could achieve if you put it on even more stable legs.

Lying on the ground, you can now roll around in the snow to camouflage yourself. Nomad would have done better before this situation.

And then I was allowed to play for a good four hours. One alone (intro), two in four-person co-op (campaign) and one in four-on-four multiplayer and has to realize: Breakpoint does not stand out from its predecessor as strongly as it sounded in the presentation. It is quite possible that this was primarily due to the level of difficulty, which we had little to oppose – even when we switched from the normal to the second highest level. But I really didn’t have any doubts about being close to the predecessor during that time.

Once I had to patch a broken leg or something like that to bring my soldier – again “Nomad” – back into shape. Before, it was just a limp. What seemed really outstanding and new to me was the animations, which not only adapt to the physical condition, but also to the terrain. You don’t just run up a steep incline, it’s a fight. And in the other direction a really dangerous sledging game, which in headless escapes from the operational area – remember: you are behind enemy lines throughout the game – not only look good, but also could be a tension-enhancing element. Except that these ghosts never really had any reason to run away. At least not in the missions I played.

The different biomes of the island of Auroa – no typo – are wonderfully variable.

Apart from that, the game seems a little more varied to me, although of course you spend a lot of time in the helicopter from A to B. But you can also do a bit of investigative work by finding documents found in missions and combining various hints in the menu to a finding that opens the next stage of a mission. Playfully less than not worth mentioning, but a nice interaction that ties a little closer to the events and characters.

Here and there you are even allowed to give different answers in multiple-choice conversations and Ubisoft apparently tried to leave Jon Bernthal’s villain Cole Walker a bit of residual humanity and to establish a connection to your player character. All in all, it’s all a little more interesting than in the bold interventionist last part, whose soldier-macho behavior came across as too serious. Breakpoint is of course not free of this, but it does away with most approaches of the plausibility sought.

Above all, it was playful to see how often you got new equipment. It had something of The Division 2, how often you took a detour in the middle of the game to open a box and paused – and asked the rest of the squad to wait – to equip its contents. A new breastplate, fresh boots, another scope. To be honest, I actually welcome elements like this, but I’m not sure if it really improves the flow of the game. Often our squad was more scattered than was good for the mission, because someone wanted to check again whether the new helmet was really better than the current one – and of course it always was.

He’s angry because he has a southern accent!

Meanwhile, Breakpoint implements its survival elements in the field camp of your squad. Set up camp, sit down by the fire and then have a bite to eat, drink or stretch, which brings a buff for the duration of an hour of play. I see how such an idea of ​​preparation and tempering for what is to come can be attractive. Basically, you do this every few hours and then stop thinking about the fact that you are currently riding with 20 percent injury resistance.

Then again, I can’t say that I didn’t have any fun. The shootouts are fun because gunplay is one of the more grippy third-person shooters, the use of gadgets and drones is still a facet that doesn’t like getting old, and it’s nice to opt for a camouflage bonus in the snow or mud to roll over. I like the differentiation into four new classes, each with different characteristics and special abilities (a bit like in The Division 2) and favoring frontal attacks, ranged combat, explosive operations and secrecy. Even the skill tree looked like fun to climb. In fact, I even found the four-on-four quite exciting, in which we of course properly dismantled the opponent team, in which a developer was involved. Only whether you will be singing love songs about it when it comes out on October 4th – that remains to be seen.

But hey: If Wildlands has shown one thing, it is that Ubisoft is sticking to its second-tier games with admirable commitment. The announced Terminator event is a must for an island that is considered a drone production facility. The first raid and an additional new class will follow in the first content package in autumn and faction missions that change daily and lots of new multiplayer content should keep the new game from Ubisoft Paris fresh in the long term. Those who were satisfied with Wildlands should reach their personal breakpoint again at the game retailer of their choice at the beginning of next month and offer full price over the counter.