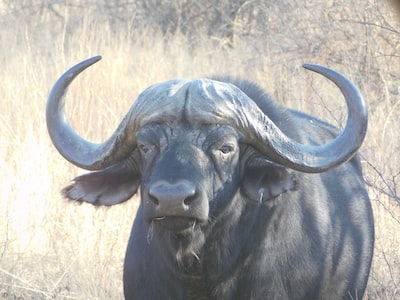 In recent years, Ubisoft has built a reputation as a studio offering great worlds loaded with content. The company eagerly develops new heroes, throws them into refreshed locations, to use a few known patterns as a last resort. It’s no different in Ghost Recon Breakpoint, but in this case there was no time.

Ghost Recon Wildlands is one of the biggest surprises of the current generation for me, because although I did not have the opportunity to play the production for the premiere, and I did not delve into its quality around the debut, one day I was literally absorbed by Bolivia. I got stuck in an area controlled by the Mexican drug cartel Santa Blanca and with small steps, with blissful satisfaction, reflected the next fragments of the huge map. I had a lot of fun playing the game, so when I heard about Ghost Recon Breakpoint, I knew I needed to get acquainted with this title on release day. Despite the great will, great interest and even a neat team – it’s hard for me to appreciate the decisions made by the developers. Ubisoft had a huge field to show off, but in the end it was clearly missing key actions and probably a few additional months.

Ghost Recon Breakpoint – Ghosts as a cure for survival

The events of Ghost Recon Breakpoint once again allow players to play the role of representatives of a specialized unit for special tasks. Now the Ghosts are sent to check on the island of Auroa, as contact with all the specialists on the spot has been lost quite unexpectedly. The situation is not easy, this archipelago was partially bought by a man named Jace Skell a few years ago – the guy has a vision, so he created laboratories and factories for Skell Technology, whose scientists are developing powerful drones and deadly artificial intelligence. Soldiers for the most difficult missions do not need additional encouragement, but already during the journey it turns out that no one here intends to welcome the Ghosts with open arms, vodka and a pickle. Our helicopter is shot down, only the main character survived the attack and this is how the fight for survival begins. It will hardly be a surprise to anyone that Auroa has been taken – Walker, the former Ghost, decided to use his influence, united the army, collected a ton of machines and wants to show the world his power. Jon Bernthal played the role of the main antagonist, but to be honest, during the game I got the impression that it was a rather simple marketing trick or that the developers were not able to properly use the Punisher. In fact, the plot turns out to be a problem, and again it is only an excuse to set off on another mission – unfortunately, the creators get stuck in their work, because by adding more cutscenes they are clearly trying to give the action a more serious tone, but the quality of the dialogues is at a very low level, and the assumptions themselves are in conflict with the heavily underdeveloped and not fully thought out gameplay.

During the game, I had the impression that the team responsible for Ghost Recon Breakpoint had a really great idea of ​​overloading the production with survival elements, but during the work at some point there was no time and the creators had a choice: add or remove mechanics that are not fully refined and forget the whole thing. Unfortunately for the project, no one had the courage to ask for additional time to refine or rob the title of the innovations promoted in the materials, so although the production has an interesting basis, it is difficult to talk about finished work here. This feeling has accompanied me literally from the very first moments on the servers, because the developers have now provided, among other things, a damage system, through which the soldier clearly feels the next on-target shots. At the beginning, we move a bit slower, then we move slowly through the locations, so it is necessary to take care of the wounds. Originally, I approached the system with great enthusiasm, but it soon turned out that survival is in production at a very shallow level – our health does not regenerate automatically only during combat, and during a fire exchange we can use unlimited bandages. When we have a bigger problem or want to get back to action faster, we use a syringe and all inconveniences literally disappear. The second pseudo-survival mechanic is thirst – now each action exhausts the stamina bar, so if we want to run more, we must systematically irrigate our Spirit. However, there is no deeper consequence here – you just have to approach the stream from time to time, replenish the supply and the fun is over.

Our soldier is not only a brawler, and during his journey he eagerly reaches for various mushrooms, tomatoes, flowers and fruit – all the collected raw materials can be used at designated places (fires), where we have the opportunity to cook a few delicacies. Also, this system looks good on paper, but I used it literally once – food allows, among other things, to increase accuracy, durability or ensure durability, but it basically makes no sense. Ubisoft offers a typical lootershooter, which completely does not encourage the use of prepared patterns. One accurate shot in the head of an unarmored enemy is enough to send him to the other world (two when he has a helmet at the moment), so some games in “+10” for something there are pointless. Gameplay doesn’t force such practices, and the hopelessly designed menu discourages you, so why bother? Similar impressions accompany the camouflages famous by the marketing campaign, because the world is designed in such a way that it is much faster-more-convenient-to stand behind the obstacle and then aim at the next enemies. Ghost Recon Breakpoint offers some seemingly interesting mechanics related to survival, but in the slightest way it does not encourage the use of developers’ work. This is a completely untapped potential, and during the game I was convinced all the time that the developers did not know what they really wanted: to create a typical Wildlands 2 or a survival Breakpoint.

Ghost Recon Breakpoint – a fun shooter with a ton of equipment

The best Ghost Recon Breakpoint experience is when we forget about this whole survival, gather a team and go on new missions. The quests are totally repetitive, so we’re re-infiltrating, eliminating enemies, collecting data, but honestly? Not bad. For some time, there is no more variety, but Ubisoft once again provided a pleasant, cooperative shooter. The situation is much worse when we want to focus on the lone wolf gameplay, because although the title should allow such gameplay (after all, we are the only Ghost that survived), the production blocks such fun. Now, during a lonely journey, we cannot use the help of bots, especially since it is really difficult to have a peaceful and quiet fun … It is of course possible, but it takes a long time and we can definitely bump into a drone that triggers an alarm and by accident. .. A problem appears. The ghost is not bulletproof (damage system), but if we do not have a companion next to us who can pick us up or distract us while escaping, the action ends too quickly. The AI ​​falls too easily under our rifle, but when heavier equipment comes into action, there is really no helping hand.

The creators really couldn’t decide what game they want to create, so Ghost Recon Breakpoint also allows you to collect a variety of equipment. Guns have a variety of colors, are characterized by numerous statistics and basically we systematically come across better guns that do not make any sense when fighting soldiers (in this case we aim for the head), but you have to systematically change them, because we can always come across a sponge (a machine ). There is even a weapon personalization system in the game, although even then it is much easier (faster) to just open another crate you encounter and pick up a better rifle … until the end of the story, we have access to hundreds of various devices. A similar inconsistency appears in the subject of clothing, because the items often do not reflect the appropriate level, but with the help of skins we can replace an ugly hat with a more sensational edition. A proper budget is essential for this – fortunately, at least at the moment we can’t get the upper hand with real money. As you know, Ubiosft has escaped from these assumptions … Although the system will still return.

The very concept of Ghost Recon Breakpoint is missing one element that could bind the prepared system. The creators have not developed an interesting, engaging world, because most of the time we move around boring, literally lifeless locations. During exploration, we most often come across enemy troops, and when we have the opportunity to exchange two sentences with the natives (mainly scientists), it gives the impression that no one on this island needs help. All the scenes also look comical when we eliminate a small unit next to the researcher, and the researcher does nothing to deal with the corpses … The biggest problem, however, is when we disrupt his daily schedule set by the developers. The world could encourage survival in Breakpoint, but in fact, at the very beginning, the creators give up the adopted concept – just enter the HUB to see that the whole struggle for survival promoted in the marketing campaign is not valid. From the very beginning, we see other players, we can use different vehicles and, as I mentioned, it is easier to buy or get something than to play in tiring tabs and deal with crafting. In the version for the Xbox One X I did not come across any major errors, but it is difficult to praise the setting, which is very uneven – the views presented are often really excellent, but after a while our hero falls into an empty location that begs for appropriate attention.

There is also a PVP mode in the game, which uses the variant available in Ghost Recon Wildlands and offers a similar (positive!) Experience. Gameplay focuses on teams of four and there is no shortage of tactical flair that fits the assumptions of quick duels and map designs. It is clear that the developers will develop this variant by offering additional gameplay variants, but the basics allow you to participate in satisfying duels – fortunately, in this case the authors focus on pure experience and balance the possibilities of the guns.

Ghost Recon Breakpoint – something was missing, something is too much

Ubisoft should learn a severe lesson from Ghost Recon Breakpoint. The creators have prepared very good foundations, the survival concept is great, but the entire production lacks a proper arrangement of all the prepared elements. The game is a lot of fun with friends, the PVP mode (although still modest) offers intense gameplay, but the rest? It is heavily underdeveloped. History does not encourage, the world rejects, survival is as flat as Bernthal’s brow. Bolivian magic was missing somewhere in all this, and the developers clearly didn’t know which way to go. Too bad the wasted potential.