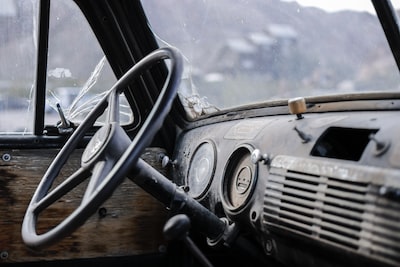 The Ghost Recon Breakpoint open beta It has ended a few days before the final launch of the video game, which will take place between October 1 and 4, depending on the edition that we have decided to buy. Ubisoft’s new tactical shooter implements new mechanics and play styles regarding Wildlands. That’s why at SamaGame we have thought of offering you a guide to first steps of Ghost Recon Breakpoint.

In Wildlands we had a considerable skill tree and arsenal, but in Breakpoint it is deeper. Breakpoint implements a new progression system with classes, levels, weapons, accessories and clothing with quality and skills … In this chaos of numbers, buffos and classes, this guide of first steps of Ghost Recon Breakpoint tries to be a help for new players who wish to venture into tactical shooter.

What is Ghost Recon Breakpoint?

Ghost Recon Breakpoint is a tactical shooter in third and / or first person which focuses on reconnaissance and stealth, but without depriving players of different, more aggressive game modes. Unlike other video games such as Battlefield and Call of Duty, or The Division 1 and 2 for not leaving the Tom Clancy family of Ubisoft, Ghost Recon Breakpoint tends to be a video game more slow and requires coordination, strategy and skill. In this respect it is similar to what we have seen so far in Rainbow Six Siege.

Breakpoint has bet on the survival and a specialization much higher for Ghosts, thus offering 4 classes that we can change at any time: Field Medic, Assault, Panther and Sniper. Each class has its basic skills, but the skill tree is shared among all classes, thus ensuring greater versatility and customization. This ensures that the class is tailored to the player’s way of playing and that two Field Doctors (for example) are not necessarily the same.

Within the skill tree itself we have three types of improvements: Passive Effects, Perks, and Abilities. Passive talents and abilities work at all times or at specific times, while for advantages we will only have 3 spaces in our character menu and we will have to choose. I recommend you explore the character, skills and customization menus, as they are the cornerstone of character progress. Knowing all this, what should be the first steps we take when taking control? What are the best tips?

Aurora is the new paradise location that Ubisoft has prepared for us at Breakpoint. Don’t be fooled by its beauty, Ghost Recon Breakpoint is not as friendly a video game as Wildlands. This time we start alone, badly injured and without equipment. The Wolfs play at home and have the numerical, weapons, technological and strategic advantage at all times. We are no longer facing simple narcos, but well-trained elite soldiers.

Survival must be the priority

He injury system taking damage of any kind is much more punishing. In breakpoint we will suffer physical effects when our life descends: Lameness, difficulty in aiming, less resistance… Collecting raw materials and finding resources like syringes should be the priority. With raw materials we can manufacture medical resources, as well as offensive equipment and edibles, which will give different benefits. Also, remember carry your canteen always full, because the resistance will get worse the more effort we make and the damage we receive.

Inventory Management: A Constant at Breakpoint

Learn to manage our inventory is another of the keys to Breakpoint. Medicines and groceries are important, but no one wants to engage a tank with an empty inventory of RPGs, frag grenades, and EMP, for example. During our adventures we can also collect items to craft items, In addition, we will obtain materials by breaking weapons and clothes that we no longer use. Having a complete and orderly inventory will allow us to face a wider range of situations. Each object has its moment.

In Ghost Recon Breakpoint we have different levels within the leveling system. On the one hand, the enemies will have a level depending on the area and the type. This limits where we can go, who we can fight and requires us to improve our character and equipment. The character will have a team level, which will depend on the average level of the equipped parts.

Each weapon and piece has a level. They will also have different colors. In the beta I was able to try the white, green and blue ones. Each piece will have its special abilities: +5 stamina or +10 Headshot Damage, for example.

As in The Division 2, the progression of our character will depend on the acquisition of better weapons and parts, in addition to the acquisition of skill points. Once we get the weapons we need / want, we can improve their statistics with parts obtained from other weapons. The closer to the level of the enemies, the more damage we will cause and the better we will resist. The different locations will reveal to us what rewards they will grant, this will facilitate the go straight for the equipment and weapons what do we need.

The Division 2 Guide – What are the best skills?

How to face the incursions?

Broadly speaking, there are two ways to deal with situations: Head on or stealth. The first option is not difficult to understand and has only one step: Attack. Load your weapons and waste bullets. However, this option can be expensive on more than one occasion. On the other hand, we have stealth. This second option is more expensive, slow and requires more patience. If you opt for stealth, there is a list of steps you will have to follow to successfully execute an assault:

The weapons we carry must be according to what we are going to do. If our gameplay is melee, it makes no sense to carry a bolt-action rifle, for example.

Here’s a quick round of tips for getting started.