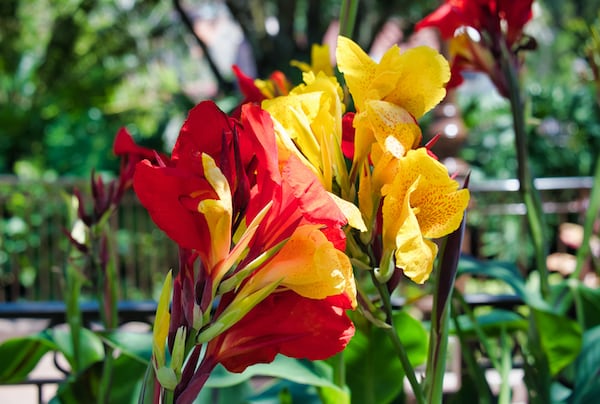 Diogenes syndrome is a very serious psychological disorder that causes a person to accumulate objects and especially garbage without any type of control or justification, causing them to neglect their personal hygiene and fall into deep social isolation. We tend to think that we all have a little bit of this, but it is not so: there is accumulation disorder, which is reduced only to that gathering of objects, without the will to get rid of them. Now yes, we all have a bit of accumulation disorder: we keep papers, boxes, useless things, some of us are even obsessed with buying physically in the digital age. It is a human trait in general, but of a player in particular.We accumulate ingredients, parts and potions that we never use later, and it is such an ingrained defect in our behavior that some creators have adopted it as the structural basis of their own video games. Something similar happens this time.

The creators of Ghost Recon Wildlands like to present this new installment as a huge open world. A huge map with more than 10 different ecosystems, located in a Bolivia dominated by the Narcos regime, where you can play and face missions with “total freedom of choice”. You can play alone with your character, which you can improve and specialize at the same time that you acquire new objects and pieces for your weapons, but the authentic Wildlands experience is found in the multiplayer cooperative: face all these missions with 3 other players, in consonance, as a team. The main premise of the game precisely has a lot to do with cooperation: it is a salad of formulas that have already worked well individually, the good from here and there. The iconic map and certain playable features that worked with Far Cry 3, the cooperative intent of previous installments in the series, and most significantly, the hoarding disorder structure that worked in The Division. Significant because there you accumulated weapons alone to later apply it in the Dark Zone and be able to defend yourself, but here you collect resources and pieces to improve your character and then be efficient playing cooperatively: prepare for the mission, of a lifetime.

When it comes to playing solo and putting accumulation disorder into practice, the variety of parts for your weapons and the level of customization is overwhelming, and it is also a procedure that is pleasant and entertaining at all times. The process of acquiring parts and experience to specialize and improve your character seems to work well, but it leaves doubts as to its later application in missions and the real impact it has on the way of playing: to be able to put on the table all that freedom of choice, the missions and their possibilities to overcome them must be just as varied. An example: I specialized in explosives, and when I wanted to open a breach in a wall with C4, something basic, I saw that it was not possible. It’s a bittersweet feeling: at first it gives you that freedom of choice, but then when it comes time to go to practice with all those little decisions, it puts you in shackles. The game needs a great variety of specific situations and practices that, if it does not have, it would trigger that it almost always plays the same, abusing some objects, such as the drone, and never using others.

If the game finally presents that variety, the true potential comes when it comes to playing cooperatively with several friends, as expected, and something I especially like is that it is capable of demanding the player. And it must. You need a certain level of concentration, communication and commitment to play well: all four of you can enter a camp like you f*****g Mercenaries, but it is a way of playing that has merit and is the most optimal very rarely. Ghost Recon Wildlands finds its best moments when players synchronize to take out a patrol at the count of three, when they split up to penetrate several fronts, or when three distract and eliminate the guards for a fourth rescue the hostage and are take it in a vehicle prepared for it. Establish a leader to command missions, organize into groups according to each one’s abilities, and act accordingly. It is a game that relies heavily on the emerging narrative and how each group of players will play in their own way and have their own stories to tell.

Taking into account the premise of the game itself, the gameplay is and should be the outlet of everything else, but it is not the only motivation that the title puts on the table to keep the player interested. The last one is the story: in a type of game where it might seem that the story would be an excuse and would not have any relevance, just as it happened in The Division, this is not the case. From minute one, and surprisingly, the plot arouses interest in the player and becomes one more reason to want to play, partly because of the way it is presented: our goal is to dismantle the entire poster from the most representative representatives. expendable even the “boss of bosses”, The Dream. The two characters we were able to play against, carrying out a series of missions in their area and finally confronting them, have a certain charisma and an interesting story behind them, also narrated through some original videos that have both instructions for the mission as information about the characters and their intentions. The downside, again, is that these “zone bosses” are narratively important but have no direct impact on the world or gameplay: it gives the feeling that there is no solid common thread and causes a tremendous disconnect between what you play and what they tell you.

There are things that are not going to change. Ubisoft’s proposal may be generic and unambitious, leaving doubts about some characteristics, but at the same time it is especially entertaining and with a cooperative potential worth monitoring. Now it’s time to wait. Yes from Rómulo Roma, from Bolívar Bolivia.