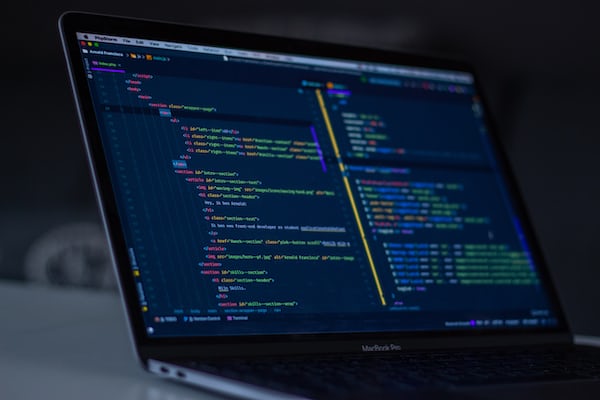 The map is huge and we can always play in a group of four, however, the activities are too repetitive.

Ghost Recon Wildlands is an ambitious game. Inserted into the Tom Clancy’s universe, it is an open world action title that allows you to play from beginning to end in a group of four. It is a trend that started in this generation and has already been explored in titles like Destiny, The Division and The Crew. Although the concept of group play has been around for a long time in MMOs, fashion has only come to consoles with PlayStation 4 and Xbox One, platforms that have bet big on the online side. Ghost Recon Wildlands seeks to take advantage of this aspect, and it is clear that it wants to become an appealing proposal for those who prefer to play socially, that is, with a group of friends.

The scale of the Wildlands map is gigantic. Ubisoft has produced several titles with open worlds in the past, but this is the biggest one to date. From the beginning, they are free to move anywhere on the map, there are no limits. The map extends beyond what our eyes can see on the horizon. The possibility of playing cooperatively on such a map is, in fact, impressive. The proposal is to join a group of elite agents sent by the United States government to end the Santa Blanca cartel, which took control of Bolivia with the aim of making the country a paradise for drug traffickers.

After creating your agent in an editor that gives you some freedom, you will be taken to the first mission. After the first mission, they can go anywhere on the map. The map is divided into regions, and each region is controlled by a cartel umbrella. Your mission is to dismantle the Cartel hierarchy until you reach the great chief, El Sueño. There is no defined structure. You are the ones who choose the region where you go next. They are also not obliged to play cooperatively, since if they wish, they can opt for fellow AI controls.

AI behavior in action is acceptable. We can give orders to our teammates through a circle of orders and mark targets to be shot simultaneously. AI has always carried out our orders, but in critical situations, they are not as effective as a human. Each region has an associated difficulty. The regions marked with five skulls are the most difficult and, therefore, it is easier to complete history missions and secondary activities with human companions. In addition, the game also becomes more dynamic and fun with real players.

:: Ghost of Tsushima – 5 Things You Need to Know Before Playing

The bigger the better?

New Ghost Recon to be revealed this week

The news will arrive before E3.

It is a truly solo way.

Strangely, as soon as a player enters your group, the AI ​​controlled teammates disappear. Therefore, unless they play in a group of four, they will be at a disadvantage, as they lose teammates. The game has a matchmaking system to find more players, however, sharing the experience with unknown players is not so rewarding and can be chaotic. In our experience, it is difficult to play in a group with strangers and there is a tendency for everyone to go to their side, since there is freedom to do so.

Despite the large map and the possibility of being played in a group of four, two appealing aspects, Ghost Recon Wildlands suffers from repetitive structure and activities. Each area consists of six story missions, but before they can be unlocked, they need to collect information about the big boss. The structure is repeated in all areas. The famous “Ubisoft Towers” are also present in Wildlands, but instead of towers, they have NPCs who need to be questioned to reveal points on the map with activities and collectibles.

Even history missions have similar goals. And speaking of history, after a presentation video in which we got to know El Sueño, it is practically non-existent. The story consists of small radio dialogues, before and after the missions, and short videos introducing the big bosses. It is a missed opportunity. Wildlands had the potential for an appealing story to demonstrate the brutality and impiety that exists in the drug trafficking business, but all of these elements appear in a dissolved form and with little impact.

Secondary activities are not exactly optional, as they need the resources they offer to evolve your character’s skill tree. The problem, as I mentioned, is that secondary activities are repetitive, being the same in all regions of the map. Furthermore, they add nothing to the story. Wildlands is a constant deja vu. After clearing the first area, they already know everything the game has to offer. After Watch Dogs 2, an open-world game with appealing side activities that adds to the experience, it seems that Ubisoft has gone back in time. It is one of those games where the map is full of activities, but all of those activities are the same.

In all missions there are creative ways to approach. Some require that they complete the objective without alerting the guards, but otherwise, they can go on to kill. They can also eliminate all guards one by one with sniper shots or use a helicopter to make an aerial attack. They may even call on rebels to cause confusion. However, despite this being a game that allows a sneaky approach, it is not possible to move the bodies out of place. It is a decision that does not make sense. Then there are hilarious situations that break immersion, such as breaking into a base and receiving a “hello” from the civilians who are working there. Stranger are the snipers’ shots, which are so slow that we see the bullet’s path (in other weapons this does not happen).

“A smaller map with different and memorable locations was preferable”

Ghost Recon prefers to have quantity rather than quality. The map is large, but there are very similar regions. A smaller map with different and memorable locations was preferable. The same can be said for secondary activities. Have less quantity but more variety. The gameplay and responsiveness of controls is acceptable, but it doesn’t give that wonderful feeling that other shooting games offer. The controls, both controlling the character and the vehicles, seem to have a slight input lag, which worsens the experience. However, it must be said that the fluidity, in terms of frames per second, is stable. The visual quality is not far from, for example, The Division, but it is noted that commitments were made to exist a map of this size, which is understandable.

The concept of Ghost Recon Wildlands is different from other games that also focus on the cooperative mode, placing emphasis on communication and strategy. There are even some genuinely interesting moments that are a kind of window to the vision that Ubisoft had, however, it is too repetitive. The effect could be reduced with a more appealing story and character development, but without this, there is nothing that really prevents the boredom effect that quickly sets in when we realize that the activities are the same in all regions of the map.