[GUIDE] : Among Us: Tips and Tricks for a Successful Part Seven Game 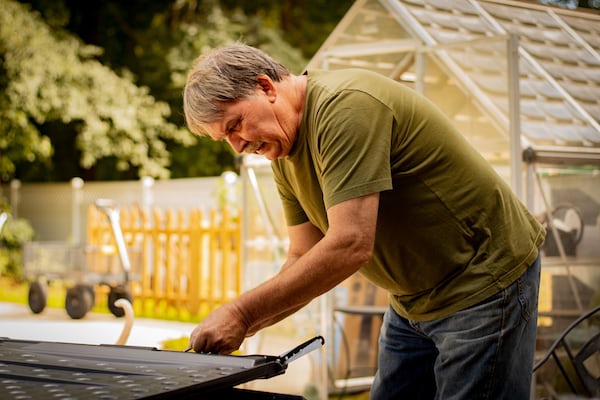 [GUIDE] : Among Us: Tips and Tricks for a Successful Part Seven Game

Cameras. They are here, as on the boat. But at the same time, the view is only displayed from one camera, not 4. You can switch between them, while there are only 6 cameras. On this map, they have a wider viewing angle than on a ship. Two of them fix the entrances and exits of the western complex. 3 cameras monitor the entrance to the east complex. And the camera is in the center of the map. The observation point is organized in the security room, which is quite dangerous for the observer, since there is ventilation nearby. It will not be difficult for the traitors to eliminate the observer, and therefore all the observation.

Ventilation. The ventilation holes on the board have been replaced with holes, but their function remains the same. There are 12 holes in total on the pole. If you divide the map into north and south, then 8 of them are located in the north and 4 in the south. Therefore, the north of the map is great for bad guys. The south is a great place for peaceful team members. There is no single system of movements like on the world map. There are 4 independent systems on the pole, 2 of which are cyclic. You should remember that well.

There are no ventilation holes in the lower right and left parts, and the most unfortunate room for killing is the room with the samples, as there is no ventilation, and at the entrance, it is very far to cross long corridors.

Sabotage. There are 3 types of sabotage available at the pole:

You have to skillfully use one or the other sabotage to lure the crew into the corner you need. In addition, here, as on a boat, it is possible to close the door. However, if they were opened automatically on the ship, here you have to play a mini-game to open them.

The vault is considered the best room to kill, as it has an approach from all sides, does not fall under the cameras, and contains a ventilation duct.

Tasks. There are 2 animated tasks on the map: shoot asteroids in the armory and scan in the medical compartment. You should save them as a last resort.

Beware of decontamination rooms. If you went there with the enemy, you probably won’t be hello. Therefore, for safety reasons, it is recommended to travel in groups.

Carry out missions at the pole

Beware of the lab toilets, as this is a great place to ambush an impostor.

Among us: cool game tips

How to create an invisible nickname in Among Us? In the field to write a nickname in the Create game menu, you need to delete the old name. But if you just erase the symbols, the system will not let you perform the action. We have found an invisible symbol for you which you can copy from our article and paste into the nickname field. (?) – the character is located between the brackets. You won’t be able to copy it like that, so you have to create any text document (it works on a mobile device) and then call the context menu, where you have to select the “Rename” command. After that, the file name will appear and there will be a small distance between the brackets. Then you have to select “Rename” again and copy the space between the brackets. And then paste it in the nickname field.

The image above shows an example of copying and pasting an invisible character into a text document. Likewise, you must copy the character to the field to enter the name in the game.

We recommend that you enter the symbol several times, because if the game already has such a name, the system will automatically put the number 1 next to it, then this trick will not work for you.

This life hack can also be used for name designation in other games. It will be interesting to see how the other players react.

How to get Among Us for free on PC? Since the version on Steam costs 133 rubles + additional utilities for the game cost 82 rubles each (there are 7 products), in the end this amount may not be available to everyone. But you can play for free on your computer using the services of Android OS emulator – BlueStacks. The link to download the game in this emulator is given at the beginning of our article.

If for some reason you don’t have an emulator installed, then before downloading the game, the system will offer to download and install the program. This is a handy and multi-functional emulator that repeats all the capabilities of a smartphone. It has a clean interface and an easy navigation system.