[GUIDE] : Ghost of Tsushima – how to Become the ultimate devious samurai Part four 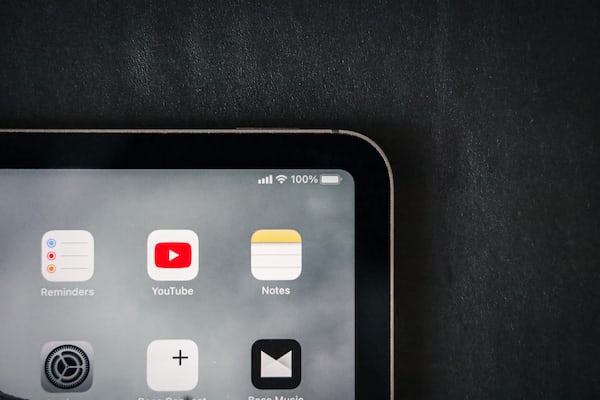 [GUIDE] : Ghost of Tsushima – how to Become the ultimate devious samurai Part four

Throughout the adventure, we let ourselves be guided by our inspiration. We want to follow a wild animal crossed by chance or we ride in the direction of a thick cloud of smoke. To find your way around the map, just follow the blast of the wind, a great idea in this game lulled with poetry.

Certainly Jin Sakai lacks a bit of charisma and we would surely have liked to play a more assertive warrior. But the antihero character has done well with others (The Lord of the Rings for example!), So why not Jin Sakai !

The change of scenery is particularly successful, thanks to this total immersion in the landscapes, but also thanks to the realism in the reconstruction of traditional Japanese habitats. The developers wanted this game to be as real as possible and even went so far as to pay tribute, with a black and white mode, to Akira Kurosawa, the master of Japanese cinema, who notably signed The Seven Samurai.

Who says samurai, says saber, or katana. It will be your main weapon in this adventure, but not the only one. You will also learn to master the arc and it will be very useful to you including to set fire to certain enemy villages, to divert the attention of your adversaries and and to better manage your attack.

Battles of titans, but a camera sometimes confused

The fights, let’s talk about it. They are pleasant to live and to lead, as well in the handling of the weapons, as in the system of attack and dodge. On the other hand, the camera is quickly confused and struggles to follow the movements of the player in the scrum, which can put us in a bad position the time to take our bearings.

Another small note: if the movements are fluid, it is much more laborious to climb the ladders. You really have to be well in the axis to attack the bars, otherwise you miss and the guy at the top of the turret gets impatient!

The last samurai of the PS4

This time, it’s sure, Ghost Of Tsushima is the last big game on the PS4. As beautiful as it is, it must be put in its context. Gamers have their eyes set on Christmas already, with great expenses to be expected to buy Sony‘s new machine and the new games that will accompany it.

While another video game monument, also a Sony exclusive, The Last Of Us 2, was released last month, “forcing” the community of gamers to break the bank to learn more about the adventures of Elie and Joel …

So what place will this marvelous find Ghost Of Tsushima in that little window of fire before the end of the year? A great place we hope, because the efforts of the studio are remarkable and the result largely deserves our attention. Finally, in style, the PlayStation 4 experience.

Ghost of Tsushima: from the code of honor of the samurai to the way of the Phantom!

Big exclusivity of the PS4 which finally comes out this Friday, July 17, Ghost of Tsushima is one of the last great AAA games of the console, before Sony Interactive Entertainment focuses fully on the PS5. Entrusted to the Sucker Punch studio, what is this new game that takes place in medieval Japan worth? Here is our test which should take you back in time, during the first Mongol invasion but also in Tsushima, in this open world that celebrates nature.

The Mongol invasion of Tsushima and the legend of the “Phantom”

The creators of the game relied on historical facts and more specifically on the first Mongolian invasion attempt. Kubilai Khan’s fleet sets sail from Korea on the 3rd day of the 10th month of the 11th year of Bunei which corresponds to November 2, 1274 of our Gregorian calendar. After crossing the Tsushima Strait which separates the Asian continent from the Japanese archipelago, the Mongols attacked the island cut in two by the bay of Aso. According to the I know Shi Kafu, annals of the clan I know, the 900 ships carrying 8,000 Mongolian soldiers launched the assault mainly in the cove of Sasu-ura which leads to the beach of Komoda. The armada is spotted on the evening of November 4 and this allows the jitō (local steward of the shogun) de Tsushima, Sukekuni Sō, organize the defenses. With 80 samurai horsemen and their troops, they rush to Komoda beach to get ready for the Mongolian landing which takes place on November 5 at two o’clock in the morning. Soon after, the fight begins. In the meantime, a Japanese boat leaves to warn Kyūshū of the arrival of the Mongol invaders. Despite the rain of Japanese arrows which fell on the Mongol horde of 1000 soldiers, the samurai with all their bravery could not cancel their numerical disadvantage of 1 against 10. The Japanese warriors were swept aside and the Mongols massacred the inhabitants .

Ghost of Tsushima begins with a beating pace with the immediate prologue to the battle on Komoda beach. After a cutscene, the player quickly embodies Jin SAKAI who sets off at high speed with his 80 brothers in arms on a suicidal ride against the Mongol horde landing on Tsushima. Unsurprisingly, the invaders led by Khotun Khan, a cunning and ruthless general, wipe out the samurai forces on the island. Left for dead on the beach, Jin survives and as one of the last remaining Japanese warriors, he will do anything to avenge his slaughtered people and free the enslaved survivors. To deliver his uncle captured by the enemy and reclaim his land, he will have to break with the tradition and the code of honor of the Japanese warrior. The player therefore follows in the footsteps of a samurai who became a vengeful spirit and the symbol of hope and resistance for the population of the island under the name of the “Phantom”.

Historically, the S clanō, branch of the Koremune clan, is intimately linked to Tsushima as it ruled the island from the 13th century to the 19th century. It all started when the Abiru clan, the local officials of Tsushima province, rebelled against the Chinzei Bugyō and the Dazaifu regional government which controlled the entire Kyushu region for the Kamakura shogunate. Shigehisa KOREMUNE is sent to stop the rebellion and exterminate the Abiru. The Koremune clan wins and the Shōni clan, shugo (military governor) of Tsushima rewards him by giving their leader the post of jitō. In the game, Tsushima is under the control of Shimura, Jin’s uncle. Through the main and secondary missions, we learn more about the history of the island and the treachery of the Yarikawa clan which may echo the Abiru revolt.

A combat system that transcribes the speed, edge and precision of the katana

A tribute to Japanese cinema, chambara and Akira Kurosawa

The combat system is inspired largely of chambara, a sword battle cinematic genre that is akin to European swashbuckling movies. A true monument of Japanese cinema, saber films (ken geki) have many classics that we owe to the director Akira KUROSAWA who has succeeded in giving its letters of nobility to the genre with in particular The Seven Samurai, The Bodyguard (Yojimbo) and The Hidden Fortress. The first two have given rise to cult American remakes like The Seven Mercenaries by John Sturges and For a handful of dollars by Sergio Leone. As for The Hidden Fortress, Georges Lucas admitted to being inspired by it Star Wars. Chris Zimmerman, co-founder of the Sucker Punch studio explains on the PlayStation blog that: “the goal has always been to capture the very essence of the samurai fantasy” and that “to find inspiration, turn to magnificent fights from the samurai movies classic and modern, preferred being the remake of 13 Assassins released in 2010 ″.

In an exclusive interview with Entertainment Weekly, Jason Connell and Nate Fox, the creative directors of the game reflect on the profound influence of Akira Kurosawa’s work in the development of Ghost of Tsushima. “I think one of the most obvious influences is Sanjuro. A film whose end shows a face-to-face fight between two samurai. The tension between the two, the reciprocal expectation for one of the two to make the first move, before one of the two dies with a single cut of the saber… We tried to transcribe this directly into our game ”explains Nate Fox. Jin Sakai is based on the samurai of Seven Samurai played by the mythical Toshirō Mifune. The Sucker Punch team took the tribute to the point of creating a game mode named after the grand master with the agreement of the Kurosawa Foundation, which manages the legacy of the filmmaker who died in 1998. More than a black filter and white, Jason Connell explains that the development teams researched the textures and techniques that Akira Kurosawa could have used. Certain scenes from samurai films were thus peeled shot by shot, for example that of the confrontation in the rain in the Seven samurai for the weather effects and the effects of lights according to the different hours of the day. In addition to the images, the sound has been given special care so that the player thinks he is listening to the soundtrack of a film straight out of the 1950s or 1960s.

The game takes place during the Kamakura period (1185–1333), when the bushi were used to qualify the warrior elite. This favored the battles of mounted archers rather than saber fights. The samurai (modern term) with his katana and tantō as his favorite weapons is a modern image widely conveyed by cinema (Japanese and American). Ghost of Tsushima is not a historical game even if the Sucker Punch studio used the first Mongol invasion as a framework for the game. The story thus takes some liberties with regard to historical reality and the figure of the samurai. Anyway, the combat system is well thought out and the saber duels quite intense thanks to the work carried out for good. transcribe the speed, sharpness and precision of the katana.

The Japanese sword of about 1kg being quite light, the attacks are fast and even lightning… The reaction time to a visual stimulus is on average 0.3 seconds. To compensate for the imbalance with the enemies, the creators had the idea to slow down the first attack of the combos to allow the player to parry it or to avoid it: visually, Jin is helped thanks to red or blue flashes indicating the imminent enemy attacks. Archers warn before shooting allowing the player to press L1 to deflect arrows. To respect the sharpness of the katana, enemies can absorb only a few hits to give more realism and so that the blade does not get dull. The fights are therefore series of parries and counters, with lightning attacks to quickly kill the opponent.