[GUIDE] : Ghost of Tsushima: Where to find all of Tsushima’s Tales (Guide the Sword) Part two 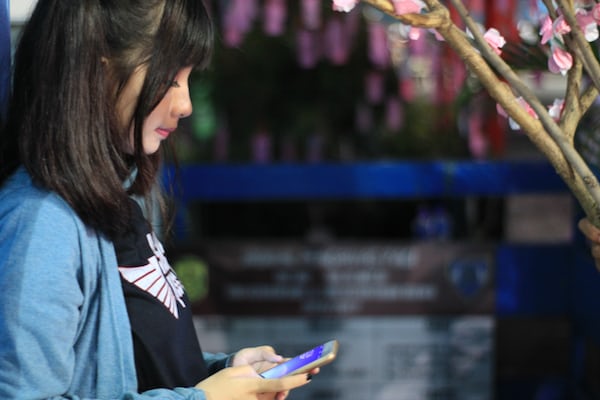 [GUIDE] : Ghost of Tsushima: Where to find all of Tsushima’s Tales (Guide the Sword) Part two

In the inn of Genzo the good fortune below the village of Omi.

In the bamboo forest in the middle of the Kushi area above the Yarikawa fortress.

There are 3 mythical tales to perform in Toyotama, these are long quests that require you to go to several places. They are unlocked as the adventure progresses and appear in blue on your map.


1. The Six Blades of Kojiro

In Umugi cove, on the edge of the marsh.

In a small village below Akashima.


3. The Vengeful Spirit of Yarikawa

In the ruins of old Yarikawa on the left bank of Yarikawa.

Start by performing the 6 main tales of the game (Voyage of Jin), this to unlock the 3 mythical tales and the 8 tales of Tsushima from this region. As for the other regions, these are the yellow icons.

There are 8 Tsushima tales to perform in Kamiagata, whether with secondary characters or NPCs. Complete the quests in this order to unlock them all.

At Jogaku temple in the north of the region.

Ishikawa Story # 9 is found in the Second Toyotama Region, on Kazumasa Island below Kushi Temple.

At the crossroads to the left of General Bartu’s camp.

At Sugi temple in the west of the region.

At Jogaku temple, a man will come to talk to you to go and liberate several enemy camps.

Towards the bridge of the lake of the thousand-year-old forest in the south of the region.

In the village of Sago to the west, a man will start running and eventually hide in a house. You will find Sota in the house on the right, then you will need to find a man ready for dyes.

On the side of the road in the area below the Jogaku temple.

There is 1 mythical story to perform in Kamiagata. These are long quests that require you to go to multiple locations. They are unlocked as the adventure progresses and appear in blue on your map.


Ghost of Tsushima: All Tsushima Stories

Here is a guide and walkthrough for all side stories in Ghost of Tsushima.


Tsushima’s stories are the side quests of the game. They appear with a gray icon on the map and are revealed to you by NPCs by talking to them or by freeing areas of the map. Completing these stories will allow you to acquire new items, an increase in your legend and especially the trophy. Guide the sword. There is a total of 61 Tsushima Stories, here are their solutions:

Meet on the bridge that connects Hiyoshi and Ariake. You will see a group of people being attacked by Mongols as they cross the bridge. One of them is even stuck on the bridge, caught between the flying arrows. Come to their aid by eliminating all the enemies in the area, beyond both sides of the bridge. Once done, go talk to the scared man on the bridge so that he finishes his crossing and you this story.


Head to the yagata forest to talk to the flute player at the entrance to the forest. He tells you that the places are haunted and that everyone who enters, never returns. So go and solve the mystery by plunging into the forest until you find a campfire with a dead dead person. Examine the location and then follow the footprints that will lead you straight to the bandits. Eliminate them all and finally return to the traveler to reveal the truth to them.


Arriving in the village towards the pic de Shiganori, enter the house to be greeted by a woman who tells you about a Samurai. Jin decides to wait for his return to talk to him. When the woman leads you to the baths, you will eventually end up at the stables to inspect the horse of this famous Samurai. After examining the horse, equipment, and saddle outside, return to the house to see that Jinroku is gone.


Go to the exit of the village to see the false Samurai who is fleeing. Pursue it until you pass in front of the hot springs and they confront you in a duel. Finally scared, he surrenders and promises never to come back. Go back to the woman in the village to tell her the news and conclude this story.


Going south of the old trading post, you will come across a man in a panic. He tells you that Mongols attacked his house and that his family is still there. You must therefore go to the places not far from here and kill the invaders there. After your victory, enter the house to find that the woman and the son of man are not there. You must therefore examine the exterior to find them. Look near the river for laundry and traces of blood. Follow the trail to make a macabre discovery. So go talk to the man who came in and finished this story.


Head north-west of the prairies de Kuta, and enter the house to talk to the injured man. Leave the area to go in search of the merchant’s cart a little lower. Examining the premises and the cart, you will suffer a Mongol attack, eliminate all enemies. Then come back to the house with the wounded to listen to the man’s last words. You will have to track the Mongols by examining the footprints outside. So follow the track so that it leads you to a house where you will have to eliminate all the Mongols present. Enter inside to free the man and conclude this tale.


Talk to the wife about Azamo Inn to start this story. Then accompany her to a farm stormed by the Mongols that you must eliminate. Follow her again to a next sacked area and help the young woman defeat the enemies. Talk to him again to complete the story.

Talk to the woman at the pond of Kii so that she offers you tea as an excuse for a private discussion. After that, go and hide in the tall grass to ambush the Mongols who will arrive. Eliminate all enemies then talk to the woman again to complete this short tale.

When you go to the river child swamp , talk to the man at the Tsutsu Inn. Follow him to the crossroads to inspect the area then talk to the farmer. Take the road again to be intercepted by Homyo. Follow the woman to her sick son. Inspect the premises to find the cause which are the fungi outside.

The healer will ask you to go and collect moss in the river near here. You will then leave with Hanaoka and will have to get rid of the Mongols around the lake so that he can collect the necessary ingredients. Then go to the nearby camp where you can conclude this story.

Go up to l’île de Kijo, to talk to the man who is training. Follow him to his boat to take you to the Mongolian boat holding his daughter. Eliminate the guards on the boat then free the girl before returning to the boat. Back on the island, you will have concluded this new story.