[GUIDE] : Ghost of Tsushima: Where to find all of Tsushima’s Tales (Guiding the Sword) Part three 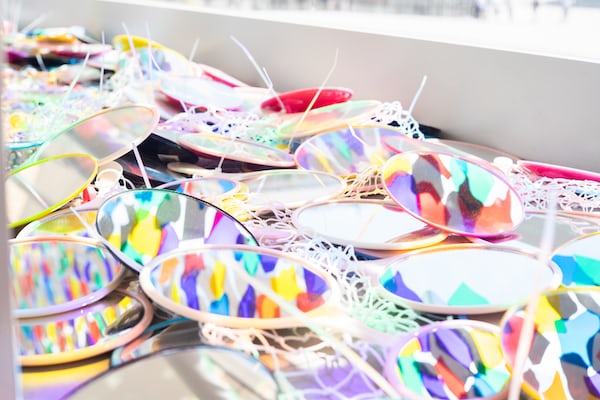 [GUIDE] : Ghost of Tsushima: Where to find all of Tsushima’s Tales (Guiding the Sword) Part three


Meet in front of the Azamo village, to help the villagers to free the village elders held captive. Enter through the hole to the left of the enclosure and be discreet to prevent the guards from going to eliminate the hostages. You must succeed in opening the 3 gates of the village, the 3 prison cages, kill 3 Mongolian chiefs and free the 3 elders. Following this, a duel will be made against one of the chiefs and once killed, you will be able to hoist the banners of the village to complete this story.


In the Azamo village, talk to the villager so that he makes you suspicious of one of the other villagers. Go towards the cemetery to inspect the house. After that, hide in the tall grass, then spinning a group of men to their hideout. You can then confront them and then accompany them to their lair to defeat the Mongols who are rampant. You will only have to escort them to the village to conclude this story.


In the the prefecture of the City, defeat the attacking ronins the inn of good fortune. Then enter inside to listen to the last words of the woman. Then go near the gorge to eliminate other ronins and talk to the prisoners. Then search the cliff camp to defeat other ronins and save another prisoner. You will end your quest in the camp near Kubara Lake, where you will find the hostel wife’s husband.


In the Akashima prefecture, go south of Kanazawa old swamp to talk to the scared woman in the cabin. Inspect the docks then follow the trail you have discovered. After examining a body, follow the trail again to find a group of bandits. Kill them and collect the items from their remains before returning to Shino.


See you in the the creation of the City, to talk to the woman who is yelling at her daughter. Help her in her search by talking to the ronins in the dojo next door. You will end up being called out by a man, follow him so that he tells you what he knows. Then go towards the Numanaka hostel to kill all the enemies and find Kuma upstairs. Go out to take the young girl to the shelter and fall on her mother with a ronin. Face it in a duel and win to conclude this story.


Go upstairs to the Taverna de la the creation of the City, to speak to Dame Sanjo. She needs you to retrieve a card that was stolen from her. She sends you to the wells of the three paths, much further northeast of there, to find a game house. She hides behind the rocks, taking a passage with planks on the side. To enter, use the grapple from a tree in front and go through the trap door. Get out to kill the ronins after the scene, and recover the map on one of the enemy bodies. Return to Umigi Cove to chat with Lady Sanjo and complete the tale.


Meet at a camp east of the the creation of the City, to see an angry crowd. * Park at the man on the rock before Jin speaks. Then go talk to each person until one of them runs away. Shoot an arrow at him to stop the man and talk to him. So go to Umugi beach to find a ronin lair that you must eliminate. Free the prisoners and inspect the beach to find the bodies of the woman and the son you were looking for on a rock. Pick up the toy and return to the survivor camp to break the sad news.


In the hills of old Toyotama, you will see smoke rising from a small shrine. As you approach, you discover a desecration and the body of a fox. Another fox comes to you and asks you to follow him. He will lead you towards those responsible, the Mongols, whom you will have to eliminate to avenge these messengers of the gods.


Direction the chutes de Benkei, to find a scared man. After listening to his request, go to his house which is at the top of the stone stairs next door. You will find Mongols on the scene, eliminate them before looking for the tools of the sculptor. You will find better, you will see the father carving a statue of Khan. Go back to his son who is attacked by the Mongols. Eliminate the enemies before seeing the scene that concludes the story.


In the north of village de Kurashima, you will find Mongols attacking a cemetery. Eliminate them and then inspect the body of a monk at the scene. You will find the object he hid nearby, where red flowers are growing. Head towards Kushi Pagoda to return the relic to the monks and learn the truth about what happened.


In the temple de Jogaku, talk to the man to tell you that his sensei made an armor for the Khan. You must find the 4 parts of this armor dispersed in 4 areas controlled by the Mongols. Go to each of its locations displayed on your map and free the area to recover a piece entrusted by a hostage or held by a Mongol leader killed in a duel. Once all the parts are assembled, return to the man in the Temple to adjust it and conclude this story.


See you in the Sago village, to inspect the premises. Follow the man who flees into the house to talk to him and go to the one next to it to find Sota. As you leave, a villager will accost you, follow him to listen to what he has to say. Inspect the village for bodies and then footprints that you will have to follow. Follow the trail to a farm where you must eliminate the Mongols to save the women. Talk to them then come back to the village to talk to Sota. Kill the man then talk to the villager again to conclude this story.


Close to millennial forest lake, talk to the crying man. Inspect the area to follow the trail of the Mongols to a dwelling a little further. Eliminate all enemies then free the son to talk to him. After his request, return to the father. Examine the location and follow the footprints to the edge of the ravine to understand that he has drowned.


Towards the south of Temple de Jogaku, address the sick man in the snow. Follow the path to find the house of the man’s family. The family is also poisoned, to help them you have to steal what you need from a Mongolian camp nearby. Once the 3 ingredients are together, return to the house to kill them kill the Mongols and conclude this story.


Talk to the man among the corpses of bandits, south of village de Kawamata for helping him. Follow it to the vantage point and attack the camp. Look for the chief in the house to see him appear on the heights. Eliminate the enemies then talk to the former bandit again to complete this story.


Once the Kechi fishing village released, you will be able to speak to the crying woman on the pontoon. Go to Saki’s house, further north, to inspect the premises. Follow the footprints to cross the path of a man. After talking to him, go to the ruins of Komoda to kill all the Mongols and talk to the hostage. Then return to the fishing village of Kechi to complete the story.