[GUIDE] : How to explain to your parents Among Us, and how to install the 100 player mod 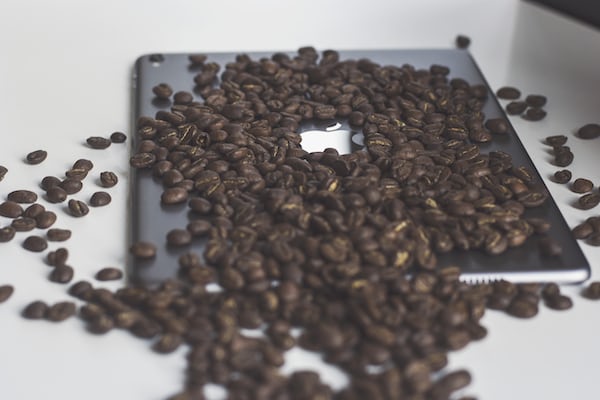 among, among us, player

[GUIDE] : How to explain to your parents Among Us, and how to install the 100 player mod

Among Us! is THE game of the moment. You have probably all heard your child say “Impostor”, “Sus” or even “Was ejected”. Here we will explain everything so that you can understand everything about this game that everyone is talking about!

This number 1 game in 2020 has more than 260 million downloads. But why Among Us! is it so popular with our young people? What is the point ? In this article, I will decipher everything for you.

WHAT IS THIS GAME ?

Among Us! is an analysis and deduction game in which players (between 4 and 10) control little astronauts of all colors in a space shuttle. In the game there are: the crewmate (the crew) and 1 or 3 impostors (depending on the number of players). Crew members must complete all requested tasks and missions, such as destroying asteroids or reconnecting cables. The impostor, on the other hand, must eliminate the crewmate without getting caught.

When a corpse is discovered, players meet in a chat room to chat and determine who the impostor is in a limited time. “Red is known” means that the red day is suspected of being the impostor. Everyone gives their opinion and arguments. At the end of the time each member of the crew votes. The day with the most votes against him is thrown from the shuttle. If it was the impostor: the crew won. Otherwise, the game continues and so on.

THE SAFETY OF MY CHILD

Among Us! is not a violent game. The small characters are stylized in a cartoon style. When a character is murdered, there is no blood, nor a violent image. Only a quick little animation. The character is seen cut in half with a large bone sticking out (as below).

Your child can play Among Us! For free, the download and the version with ads are free. Your child will have the option to permanently remove ads with a purchase. However, the advertisements do not interfere with the game and are not very annoying (one at each end of the game). Some purchases are possible to personalize the character. Like, for example, putting on a hat or having animals.

Your child will be brought up for deliberation to speak in the chat (text lounge, no audio or video) which only opens when a crew member is dead. The chat is also activated at the very start of the game (lobby) while waiting for all players to connect. He will therefore potentially talk to strangers, but don’t panic. Text chat rooms are regulated to filter swear words. However, nothing prevents inappropriate subjects or tones. For more security, your child can create private games. With a special code, he will be able to play only with his friends. A “local” option allows you to start a game between players sharing the same wifi network (nothing better for a sleepover with friends).

(Chat room to discuss who is the impostor)

Among Us! is a very fun deduction game, we laugh a lot during the games to unmask the impostors (a bit like a werewolf). Even if the chat is moderate, it’s still more fun to play with friends. You too can play, you will have fun with your children! Available on PC, Android and iOS.

Among Us Age Classification | Is it safe for children?

What is the Among Us age rating? Is it safe for children? Like Fortnite and Fall Guys before it, Among Us is the latest phenomenon in children’s gaming. Is the game suitable for a young child, however? Here is if it does not present questionable content.

Among Us Age Classification | Is it safe for young children?

Among Us features colorful characters who look pretty innocent on the surface. That being said, they indulge in cartoon violence as can be seen in the images found in this parenting guide. The depiction of violence is not very realistic, so whether or not it is a problem depends on the age of the child in question and the position of their parents.

In the United States, Among Us is rated ESRB 10+ for Fantastic Violence and Light Blood. Elsewhere, the game has a PEGI age rating of 7 for mild violence and an Apple App Store rating of 9+. The Among Us Apple Age certification notes themes of horror and fear, as well as the aforementioned light fantasy violence.

It’s worth noting that Among Us is not a horror game in the traditional sense, although its central theme of sabotage can lead to tense online interactions. Players don’t know which users to trust, as some are teammates and some are impostors working against them. When cast at random as impostors, players are also tricked into deceiving other users.

On this note, Among Us is an online game and user communications are unrated. This means that although the Among Us age is ESRB 10+, the interaction between players has the potential to be self-explanatory. If a kid is playing Among Us with friends, that shouldn’t be a problem. However, during an online match with strangers, they may be exposed to inappropriate language.

You have more questions? Find out if Among Us is free on PC, and if it’s coming to consoles.

How to play with us with 100 players

Among us it’s quite chaotic with a party of 10, but did you know that you can complete a game with 100 players? You might have seen viral footage of 100 spins of players from Among Us spreading across YouTube, Tik Tok, and other social media platforms, and getting a lobby like this is actually pretty easy (as long as you can gather 100 people). It’s not officially backed by Innersloth, so 100 players among us can be a bit janky and it’s definitely not balanced at all, but it’s still a lot of fun. Here’s how to play with us with 100 players.

How to play with us with 100 players

The Among Us 100 Players mod has been featured on popular YouTube channels such as MrBeast and Socksfor1. You can download the mod here. Normally you will have to join a popular Discord server to access the mod, but some fans have found a way to download and install the mod on their own.

The installation process is very simple and straightforward. You will be able to host your own 100 player lobbies, but the mod will spoil the standard Among Us games. Once you are done playing the 100 player mod, you will need to reinstall Among Us to bring the game back to normal. It’s also worth mentioning that this is only possible on PC, so iOS and Android gamers will not be able to play.

How to install among us 100 Player Mod

Here is how to install the Among Us 100 player mod.

If you’ve followed these steps correctly, you should be able to host your own 100-player games. You’ll know you’ve done everything right if you see “Socksfor1” in red text under your ping once you’re in a lobby. That’s because this version of the mod was originally created for a YouTube Video posted on October 15th.

Again, you need to completely reinstall Among Us once you’re done with the mod to make sure everything returns to normal. If you try to play in a normal lobby with the mod installed, you may see duplicate player colors or other weird bugs that could ruin a match.

How to play among us with 100 players?

Content creators around the world are working hard to make Among Us more fun and chaotic. The game itself allows for custom lobbies and players love to experience new things. From emergency meetings to voting times, every feature of the game is customizable, which opens the door to new ideas. As a result, it’s common to see content creators trying out new challenges in the game.

Some YouTubers like Socksfor1 set a new benchmark for innovation in Among Us. The YouTuber played the game with 100 players and left fans with unanswered questions.

Among us mod files allow YouTubers to play with 100 players

Among us only allows lobbies with a maximum of 10 players, but with some mods players can change the game to a great extent. Mr. Beast and Socksfor1 did the same. The two created a separate modded game that allowed a lobby of 100 players. They uploaded the download links for these modified games to their Discord servers, and anyone who uploaded the files could be a part of it.

To access these Discord servers, players may need to join the “discord members” of these YouTube channels. Earlier this month, YouTube channel The Pixel Kingdom uploaded an animated video of a 100-player lobby. It wasn’t an actual game, but fans around the world loved the concept and the video broke the internet.

This video is the origin of the concept of the “100 players lobby”.

Other games like Minecraft and GTA also support mods

Editing game files and adding additional features to a game is not uncommon in the gaming community. Fans have been modifying games since the golden years of Half-Life, and GTA 5 lately, and Rockstar Games has no problem with that.

With the help of mods, players can add unusual skins, characters and missions to their favorite game. Other popular games like Minecraft also support mods that contain config files and sometimes textures.

It looks like fans are enjoying InnerSloth’s new indie game mods. Among us has a simple user interface and the game files can be edited easily. With the help of these mods, players can expect more unusual and chaotic gameplays in the future.