H1Z1 is back: forget the Battle Royale, Auto Royale is the future – interview 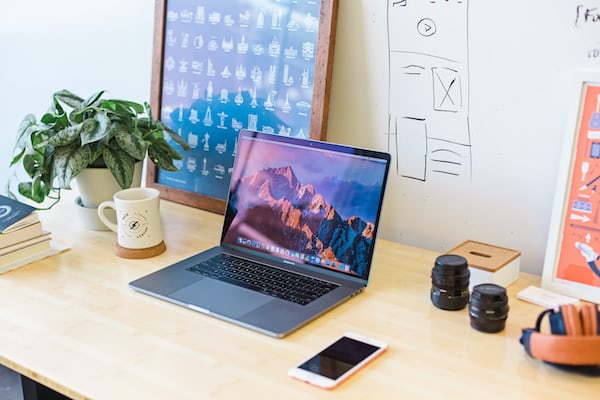 H1Z1 is back: forget the Battle Royale, Auto Royale is the future – interview

Do you remember H1Z1? It was one of the first Battle Royale to achieve notable success on Steam, but the number of players has dropped dramatically since PlayerUnknown’s Battleground and Fortnite acquired a monopoly on the genre.

H1Z1 (formerly known as H1Z1: King of the Kill) recently got rid of the Early Access label by introducing a new mode called ?? Auro Royale ??. Daybreak developers describe Auro Royale as an arcade Battle Royale experience exclusively dedicated to vehicles. Simply put, this is a Battle Royale on wheels.

This mode features up to 30 teams of four players who will battle in vehicles. The huge game map is filled with power-ups, weapons, ammo, gasoline and med kits. Two new vehicles were also introduced in the game: a sedan and an armored reconnaissance vehicle (ARV). Expect ramps, jumps, minefields, oil stains, corrosive smoke and more.

Daybreak hopes Auto Royale will help rekindle players’ interest in H1Z1, originally released as an Early Access title on Steam in January 2015. The latest analysis suggests King of the Kill’s user base has dropped by 91 percent. after peaking in July 2017. Unlike PUBG and Fortnite, H1Z1 struggled to keep hooked and possibly broaden its audience. Why?

“This is a very new genre and we notice how it is still very unstable” said Anthony Castoro, General Manager of H1Z1, in a Skype interview with SamaGame.

“We were the first to make a game dedicated exclusively to Battle Royale. Three years have passed and in the meantime other companies have followed our lead and released great games. Is it natural that people want to try different things ??.

“Over the past few months we have been working hard to get out of Early Access and introduce new content. We expect players to really want to get their hands on new content. We can already see that even the most popular titles are experiencing a bit of fatigue. , many have spent four, five, six, in some cases nine months on these games, and as soon as something different comes along, players want to try it ??.

“Obviously we are aware of the numbers, and as much as we are sorry that the news has spread, it is not something that worries us because we know we can count on a huge fan base ??.

“There are many people who have not yet had the opportunity to try H1Z1, and by releasing this amount of news in a single update, with a mode on vehicles that no one has ever seen before, we are expecting the arrival of many new players, as well as the return of the old ones. We are really excited for the future of the game and what is yet to come. “

With millions of copies sold, H1Z1 was a great success and for months it found a place on Steam’s list of most played games. Daybreak’s goal is to appeal to the many players who invested their hours of play when the title was at the peak of popularity, including the most popular Battle Royale streamers.

“We’ve sold millions of copies, does that mean there are a lot of people out there who have played the game and are talking about it?” Continues Beaver.

“While many are currently playing other Battle Royale, you hear players say that they started with H1Z1, or that the best players at this new type of game are all from H1Z1. Even the most popular streamers started with the H1Z1. We know that many will return. Streamers will return and many people who have never played H1Z1 will learn about the game thanks to their directives. We are sure that many will want to try the new mode with vehicles, and if Auto Royale will like it is easy for many to decide to try the most classic Battle Royale experience. All these new features available in one big package will create a lot of excitement around the game and lead to a growth in our audience.

This is how the Auto Royale mode works: players start the game inside a chest located on the game map. The chest opens, leaving the players and their vehicle free. One drives, the other three shoot. Just drive over a power up to activate it, and by shooting different containers you can acquire new weapons and equipment. The rules of Auto Royale are no different from those of a classic Battle Royale, with the map shrinking and the release of lethal gas as the game progresses. Obviously, the last team left alive wins, but the players cannot get out of their vehicle. Daybreak describes this mode as a fusion of Mad Max, Dukes of Hazard and Mario Kart.

Once abandoned the status of Early Access H1Z1 remains a premium product, designed for sale, but the developers are considering the idea of ​​adopting a free-to-play model, as Epic did with Fortnite.

“We often talk about what future commercial plans may be, at the moment we have nothing to announce but we are carefully evaluating different business models that can best adapt to the services we intend to offer. Without a doubt free-to-play is one of the models we are thinking about ??, Beaver commented.

Even though H1Z1 is no longer an Early Access title, Daybreak lets us know that Auto Royale is still in a beta phase. The arrival of Z1 Remastered is also confirmed, a revised and corrected version of the map that many players have loved during the first months of the game’s life. Daybreak also continues to support Just Survive, the post-apocalyptic survival game that originated in 2016 from H1Z1.