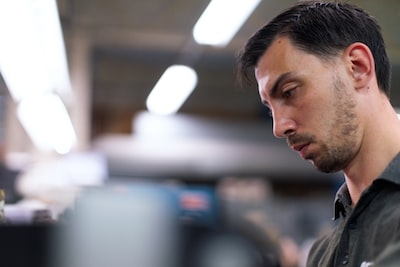 Hardware requirements WoW: Shadowlands – you can’t play without an SSD

Hardware requirements WoW: Shadowlands – you can’t play without an SSD

The confusion around the SSD requirement proved to be premature. Randy “Kaivax” Jordan of Blizzard informed about updated minimum hardware requirements World of Warcraft: Shadowlandsto which the mention of the possibility of playing on the HDD has been added. Thus, the guesses of many players were confirmed, who indicated, among others, on people playing Shadowlands on the Public Test Server without an SSD. Of course, staying with the HDD will translate into the experience of the game, as indicated on the official Blizzard website. However, if you absolutely want to play the new WoW expansion on your existing hardware, you can still refrain from buying an SSD drive.

Only SSD owners will visit Shadowlands.

Last Thursday brought many announcements and information about the upcoming games. Thanks to this, we got to know, among others release date of the new expansion pack for World of Warcraft. However, we missed some other important information earlier. Some time ago, Blizzard she gave hardware requirements WoW: Shadowlands and it looks like a lot of changes are ahead. Above all, the recommendations regarding free space are noticeable. It’s not even that the expansion increases World of Warcraft’s space requirements from 70 GB (Battle for Azeroth) to 100 GB. Along with the premiere Shadowlands players will have to use an SSD hard drive. This applies to both recommended and minimum hardware requirements.

Even if you were not overly interested in the issue of computer components, you could hear about SSD in subsequent assurances from Sony and developers about the importance of the new disk standard for the ninth generation consoles. It is the use of them in PlayStation 5 and Xbox Series X that may cause more and more developers to give up HDD support in new productions. Many WoW players have long since switched to SSD and many of them (via Reddit) cannot imagine going back to the older standard. Nevertheless, let’s emphasize that the update of the hardware requirements does not completely eliminate the chances of running Shadowlands on the HDD, although even if it is possible, we will have to take into account a much longer loading of textures, models and locations. So let’s hope the recent forecasts will come true on SSD price reduction.

When you realize it’s time to replace your PC …

Apart from the issue of the hard drive, there are also some other significant changes. The GeForce GTX 560 or Radeon HD 7850 will no longer be enough to play the game – users will have to switch to GeForce GTX 760, Radeon RX 560 or better models. It is no different in the case of the recommended hardware requirements: the GeForce GTX 960 replaced the much more efficient GTX 1080, and the Radeon R9 280 was replaced by the Radeon RX Vega 64. A better processor and much more VRAM will also be useful. In Battle for Azeroth, graphics cards with 2-3 GB of VRAM were enough, but in the case of Shadowlands, a GPU with 8 GB of VRAM is necessary. So, if you’re playing Blizzard’s MMORPG and have been delaying changing your age gear, the new expansion will give you an excuse to upgrade (or replace) your PC. World of Warcraft: Shadowlands will debut on October 27.