His iPhone spends 10 months at the bottom of a river, he recovers it in working order 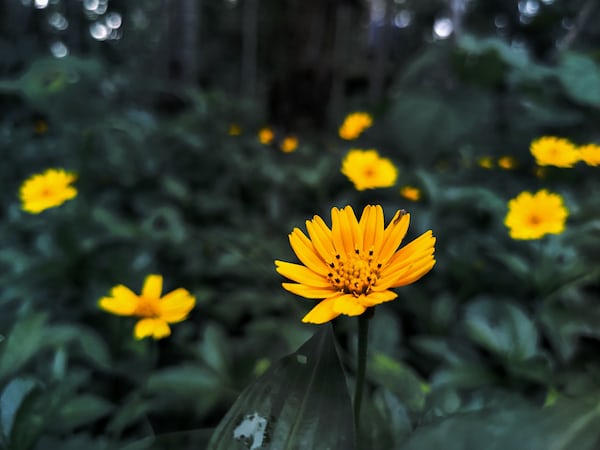 His iPhone spends 10 months at the bottom of a river, he recovers it in working order

Dropping your smartphone happens frequently and it’s never a pleasant feeling. On the other hand, it is rarer to lose it in a river for almost 10 months and find it in working order. Yet this is the incredible misadventure experienced by Owain Davies.

Owner of an iPhone, this Briton dropped his smartphone in the River Wye near Cinderford, Gloucestershire, in aiPad Pro M2: the launch date of Apple tablets is becoming clear in August 2021. Bad news for the user who was then canoeing for a bachelor party. The story, altogether classic, could have ended there. But it was without counting on Miguel Pacheco who found the device, at the beginning of June, while he was canoeing in this same river. Intrigued, he took the iPhone home. He then decided to dry it out and then posted pictures online in an attempt to find its owner.

Once dried, he discovers that the iPhone is still working

The man didn’t really think his action was going to bear fruit, because the iPhone was “full of water”. He did, however, try in hopes of at least recovering the contents of the device. “I know if I lost my phone, I have lots of photos of my children, I know I would want them back,” he explains. Miguel Pacheco used an air compressor to dry the iPhone before placing it in a ventilated cabinet overnight. The next morning, he decides to plug in the iPhone and discovers a photo of a man and a woman; as well as the date of August 13 – the date on which the device fell into the water.

The iPhone owner also wanted to congratulate the man who saved his device. “My natural reaction would have been to hand it over to the nearest pub. Not using my air compressor to dry it out and take it apart,” says Owain Davies.

The iPhone is more or less water resistant, depending on the model

Officially, even newer iPhones aren’t designed to spend that much time underwater. The iPhone 12 or 13 meet the IP68 standard and can withstand water up to 6 meters deep for 30 minutes. In fact, it is better to avoid leaving your device under water for too long; even if several testimonials demonstrate the solidity of smartphones. Last year, an iPhone 11 spent six months at the bottom of a lake in Canada before being found in working order. At the Journal du Geek, we also remember that an iPhone 4 had been found in perfect working order after a year in a lake.

Surprise: this iPhone still works after 10 months at the bottom of a river

The water resistance of smartphones has made considerable progress in recent years. However, it happens – and for good reason – that water ends up entering the casing. In general, if this happens, it is “game over” and this is the reason why the water resistance of smartphones is only recognized by the manufacturer, within the framework of the guarantee, to a series of terms.

In particular, the immersion must have taken place in fresh water: the smartphone indeed retains a few openings for the microphones, speakers, SIM and buttons. But these openings are treated with a hydrophobic nanomaterial, in any case capable of repelling fresh water. For salty or soapy water, this protection is comparatively ineffective.

Despite 10 months of “underwater”, this iPhone charges and works perfectly

The other major condition is that water has not gotten into strategic places on the smartphone. Places in which Apple and other manufacturers place sensors: in other words, labels that turn red permanently when in contact with water. With so many conditions, one could say that the water resistance of these devices is a gimmick after all, there above all to bring a little peace of mind.

But that would miss the effectiveness of the water resistance of modern smartphones when the conditions (especially immersion in fresh rather than salty or soapy water) are well respected. In August 2021, Owain Davies was canoeing in Gloucestershire – actually a three-syllable word that’s pronounced “Glouste’sher” and refers to a beautiful region in southern Britain.

Suddenly, his iPhone falls out of his pocket and disappears to the bottom of the river. 10 months later, Miguel Pacheo passes by the same place in a canoe with his family, when he notices a blue shape at the bottom of the water. He picks it up, and then realizes that it was an iPhone “full of water”. At this point, he didn’t think he could bring him back to life.

And yet after a little summary drying, he finds that nothing indicates that water has entered the casing. So he decides to charge it. When the smartphone turns on, the photo of a couple appears. The smartphone no longer hooks up to a network and displays the date of Friday, August 13 – the day the smartphone fell to the bottom of the water.

He then posts photos of the device on the internet – photos shared more than 4,000 times. It is a friend of Owain Davies who finally recognizes the wallpaper. Owain Davies lives with his fiancée Fiona Gardner in the far north, in Edinburgh. After thanking the author of the discovery, he still asked him why he had made so much effort for a smartphone.

In August 2021, Owain Davies and his partner Fiona Gardner decide to take a canoe trip on the river that passes through the small town of Cinderford, England. After an unfortunate gesture, he drops his iPhone in the water and then thinks he is doomed. Months pass and Owain of course has no news from his smartphone. Until a certain Miguel Pacheco makes the same journey, 10 months later, and spots the smartphone floating on the surface.

“I didn’t think it would still work. It was full of water”. Nevertheless, Miguel does not admit defeat and tries everything to save the iPhone. “I know if I lost my phone, I have a lot of pictures of my kids, I know I would want them back,” he said. He therefore decides to take it home and dry it with the means at hand.

BENDING OVER TO SAVE A DISAPPEARED IPHONE

Once home, Miguel dries the iPhone with an air compressor before placing it in a ventilation cupboard overnight. The next morning, the miracle takes place. The screen lights up and displays a photo of Owain Davies and his wife. It has happened in the past that a smartphone still works after several days underwater, but the chances become less when it comes to several months.

To find its owner, Miguel then posts a photo of the iPhone on a Facebook group, which ends up being spotted by friends of Owain after more than 4,000 shares. At first incredulous, the man ends up getting his hands on his phone lost 10 months ago. “My natural reaction would be to put it back in the nearest pub. It wouldn’t be to use my air compressor to dry it out and take it apart,” he reacted.

iPhone: he finds his smartphone a year after dropping it in a river (and it still works)

A Brit just found his iPhone, nearly a year after dropping it in a river. If you’re wondering if his smartphone was still working, the answer is yes. Owain Davies had accidentally released it into the River Wye, located near Cinderforda small English town located in the district of Forest of Dean and the county of Gloucestershire in August 2021.

Almost a year spent underwater and his iPhone still works

Owain Davies was canoeing with friends. But the story does not end there. In June, Miguel Pacheco, a resident of Drybook, found the device while he too was canoeing in the same river. He took him home to take it apart, clean it and dry it using a compressor.

After a night spent in his cupboard, the iPhone, plugged into a charger the next morning, surprisingly turned on again. The wallpaper displayed a photo of a man and a woman, with the date of August 13 still displayed.

Determined, Pacheco had allowed himself to publish recovered images from iPhone to Facebook. To his surprise, these will have been shared more than 4,000 times. And as crazy as it sounds, friends of Davies and his fiancée Fiona Gardner eventually stumbled upon it, before contacting the man who had found the smartphone and to get it back in working order.