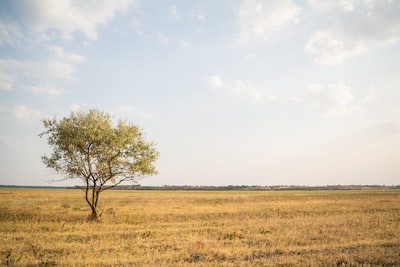 Horizon Zero Dawn: The Frozen Wilds – How to defeat the new Rift Machines

Horizon Zero Dawn: The Frozen Wilds – How to defeat the new Rift Machines

Inside the DLC Horizon Zero Dawn: The Frozen Wilds, Aloy will face new and fearsome Machines. The encounter with these unknown enemies will not keep you waiting long and, especially in the early stages, the fight will be particularly challenging. Precisely for this reason, in this section of our guide dedicated to The Frozen Wilds DLC, we present the four new Machines that we will meet in the Gash, also providing you with practical advice to face them and defeat them in the best possible way.

A novelty introduced in this DLC is represented first of all by a particular variant of the Machines that populate the map of the base game of Horizon Zero Dawn. We are talking about Demonic Machines, particularly recognizable for the sprawling purple cables that distinguish them, thus differentiating themselves from the corrupted red ones and from the normal ones.

Demonic Machines are stronger and more resilient than their normal counterparts and less vulnerable, particularly to lightning and corruption. It will also be impossible to override this type of machine.

The machines controlled by the Demon in The Frozen Wilds.

To deal with them, at least in the initial stages, we recommend above all to choose a stealth approach and, at the right time, to attack them with the Ripper in order to destroy as much armor as possible. However, we will not have to juggle only against even stronger machines, but also with totally new robotic creatures and below we present them in detail:

The Mastiff it is the first Machine that we will meet in our arduous adventure inside the Gash. It is a huge, very agile and fast machine with canid features. The Hound uses powerful melee attacks that spread fire across the battlefield and a mine thrower for ranged engagement.

Its powerful synthetic muscles are protected by thick armor, resistant to fire and vulnerable to ice (although the mystery remains as to why a Machine that lives in the frozen lands has this element as a weak point).

To defeat the Hound, as well as for all the fearsome Machines of The Frozen Wilds, it is essential to use the Ripper, obtainable in the base game of Horizon Zero Dawn. With this weapon it is in fact possible to blow up the Machine’s armor. By aiming at the base of the Hound’s neck with the Ripper, you can blast the mine thrower, which the Machine uses for ranged attacks, and use it in your favor.

Although the Hound’s body is fire resistant, you can still use incendiary bullets by targeting the Flame tanks on its back, in order to trigger an explosion with area damage. An area electric explosion will instead be generated if you manage to destroy the generator on the rear of the Hound, but be careful because this weak point is resistant to tearing. So it won’t be easy to blow up the generator with the Ripper.

The Control Towers are a particularly interesting novelty within The Frozen Wilds. When activated, a Control Tower has in fact the ability to repair all the Machines that are nearby and at the same time to damage all those on which we have performed the Override. Also, if you have the very powerful Shield Weaver armor equipped, the Control Tower will be able to reset its defenses.

Our advice to defeat the Control Towers is to face them in stealth mode, doing everything to avoid being detected by the nearby Machines and to get near the Machine to perform an Override. This will cause an electromagnetic explosion which will damage all surrounding machines.

In case you are unable to get close, we advise you instead to stay away and attach with a precision arc the cooling element placed on the upper part of the machine. This action, after generating a burst of fire, will destroy the Control Tower preventing it from repairing the Machines around it. At that point, the fight will be much easier for you.

The Gelclaw is one of the new Machines that we will get to know by following the story of The Frozen Wilds. It is a mammoth bear-like robotic creature that uses cryogenic fluids for attacks and defensive abilities. Despite its large size, it is a fast and deadly opponent, so our advice is to always be ready to avoid its lightning attacks.

If you get the chance, try to tackle the Ice Claw in a stealth way, luring it with bombs and setting up fire traps. This machine is in fact particularly tough and resists all the elements except fire, and it is precisely on this weak point that we will have to leverage to defeat it.

On the Gelclaw’s abdomen is a unit of ice, which remains exposed when the Machine is in an upright position. If destroyed, this part will cause a freezing explosion that temporarily renders the Machine fragile, permanently deactivating ice attacks from a distance.

The Rogeclaw it represents an enhanced and “mirror” version of the Gelclaw which, unlike the latter, uses fire attacks and has a body vulnerable to ice. On its abdomen, of course, it has a fire unit which, when destroyed, causes an area-of-fire blast, causing the Machine to burn and disable ranged fire attacks.

In the articulation of the Rogeclaw’s front legs are two pockets of fire which, if destroyed, also cause an area of ​​fire explosion, causing a burn to the Machine and deactivating the fire attacks of the claws. Finally, there are batteries on the back and rear that are vulnerable to electricity and tear which, if destroyed, will trigger an area electric explosion.

Being an ice sensitive machine, we obviously recommend the use of the ice maker in order to make the machine more vulnerable to our attacks: there will be a real need considering its particular resistance comparable to that of a real boss. When battling this Machine, we found ranged attacks easier to dodge. Our advice is therefore to destroy the fire pockets first and only then the fire unit.

This section dedicated to how to defeat the new Machines in the expansion is part of our guide to Horizon Zero Dawn: The Frozen Wilds, where you will find all the tips and tricks you need to better face the Guerrilla Games DLC.

Horizon, How To, Rift