SamaGame > LATEST > [HOT] : ANTIVIRUS SOFTWARE: WHAT IS IT AND WHY USE ONE? 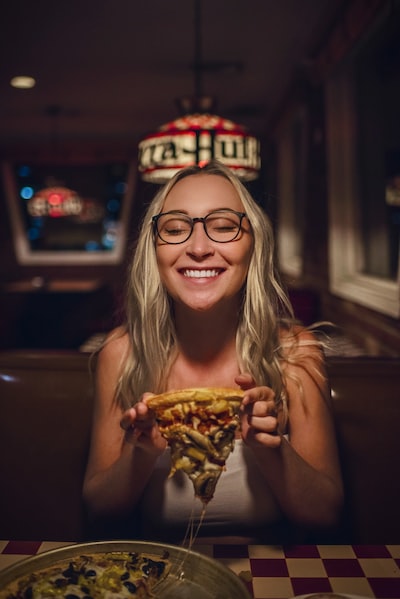 [HOT] : ANTIVIRUS SOFTWARE: WHAT IS IT AND WHY USE ONE?

[HOT] : ANTIVIRUS SOFTWARE: WHAT IS IT AND WHY USE ONE?

In 2021, it is still recommended to use an antivirus, not only on your PC but on all your devices. Cybercriminals give you no respite, and we explain how to equip yourself!

You would think that by improving ourselves, the systems of our devices are now completely protected against viruses. However, this is not at all the case and it is unfortunately always recommended to install an antivirus on your PC. Today’s threats are manifold. Along with “traditional” spyware and viruses have been added Trojans, and more recently threats like ransomware that encrypt users’ files to make them inaccessible unless they pay a ransom. The hijacking of websites via fraudulent domains, phishing, online scams are legion today, as recently with the resurgence of service scams which allow cybercriminals to take control of targeted PCs. Some malware is installed on your system to use it to “mine” cryptocurrencies, in short there are many attacks and it is still important to protect yourself

Is an antivirus mandatory to protect yourself?

An antivirus is not essential, but it is strongly recommended to have it. For some users who know very well what they are doing, this will not be necessary: ​​by following good practices such as always visiting trusted sites, using complex passwords, or even not downloading software from sources. not having an established reputation, you can avoid many threats, and even never catch a virus on your computer. However, not everyone is aware of these practices and it is even rather the opposite: to protect your loved ones or your family who do not necessarily know how to use a computer at their fingertips, it may be necessary to install an antivirus because they will not necessarily show the same vigilance. And on his smartphone? We cannot say that there are as many risks as with Windows in particular. On the other hand, viruses for Android do exist and even on a very secure iPhone, it is not impossible to be scammed if you are not careful. This is why it is also recommended to protect the device from someone who does not have these good reflexes naturally.

Antivirus: how to choose?

To choose the right antivirus, it is essential to observe a few rules. The most important is to choose software that offers several types of protection. If an antivirus can only protect your computer from known viruses, the protection will be too weak, because it is necessary to also be able to identify malicious software that is not yet known to the databases. How is this possible? For example by monitoring the activity of your computer. If the antivirus detects that software it does not know, or which is known to be suspicious, is modifying files on your computer, it can alert you. It must also be able to protect you against other types of threats such as phishing, which is a technique based solely on fake sites or emails to deceive the vigilance of the user. Finally, it must have tools that allow you to make secure online purchases, for example by preventing hackers from intercepting what you type on your keyboard.

Free or paid antivirus: what are the differences?

There are free and paid antiviruses. Some are even integrated directly into the system of your PC or smartphone. What are the differences compared to paid antivirus? Free antiviruses are effective against the most common types of threats like spyware or viruses. And that’s often the only features it offers, sometimes with a ransomware monitoring tool. Conversely, a paid antivirus, or even better a security suite will offer more complete functionalities, such as more proactive defense shields, an intelligent firewall, tools for protecting banking or commerce sites, an extension or a secure browser to surf safely away from fraudulent sites or hosting malware … Some security suites today * i even offer limited or unlimited access to a VPN.

What are the main advantages of antivirus software?

Antivirus helps protect yourself against malware. It can detect them if it recognizes their signature in its databases which are now often enriched by the cloud for more reactivity. Above all, it can block them, even if they are too recent to be recognized. In this case, it will detect suspicious behavior, or execute the code in an environment isolated from the system to observe its operation. Today, antiviruses also make it possible to protect against ransomware by monitoring the files often targeted by this software such as Documents, Images, etc.

Antivirus also protects you against hacking and data theft, with tools that prevent your keystrokes from being captured or your webcam from being used by unreliable software. It can detect intrusions on your Wi-Fi network and analyze its security level.

Thanks to the intelligent firewall, the antivirus protects you against the exploitation of vulnerabilities that may remain in your system or in your software that is not necessarily updated.

Finally, it detects fraudulent sites or suspicious emails that try to pass themselves off as your bank or an administration in order to extract personal data.

You can also opt for a full suite that goes beyond just malware protection. For example, Avast Ultimate brings together Avast Premium Security Antivirus, Avast SecureLine VPN, AntiTrack Tracking Device Blocker and Cleanup Premium in a single package to optimize your computer’s performance.

Antivirus software: how do you find the best? Advice

Antivirus software helps protect a computer (or any other electronic device) against viruses. If you want to protect your data – personal or business, it will be essential. With the growth of computer attacks, no one is immune. In the 21st century, pirates have become more professional and we must not put ourselves in danger.

In our list of the best antivirus software above, you only have the most famous and serious. They are cybersecurity editors that allow you to protect your computers, smartphones and other tablets with an active security layer at all times. It takes the form of an application or software that will come and monitor all the traffic coming from the Internet. This is where viruses come from.

What is the concept of antivirus software? To fully understand it, we first need to know what a virus is. On a computer, the principle is almost the same as in real life. Let’s say your PC or Mac is your body. When it is infected with malicious software, or malware, it is as if your health is deteriorating due to an illness. Except that here, it is therefore the machine which becomes unusable.

With antivirus software, this all becomes history. Indeed, this type of program works a bit like a vaccine. Better: like drugs, in addition to prevention, this solution is curative. So if a hacker sends a virus to your computer, you are protected. This also works with smartphones. But be careful, because all the software available on the market is not equal – far from it!