SamaGame > Apple > [HOT] : Apple Music vs YouTube Music: Which One is Right for You? 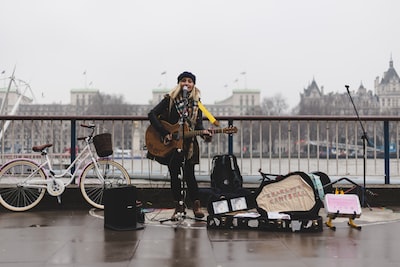 [HOT] : Apple Music vs YouTube Music: Which One is Right for You?

[HOT] : Apple Music vs YouTube Music: Which One is Right for You?

If there was one of the most improved awards for music streaming services, YouTube Music would win. The service has improved dramatically over the years and adds new features to keep up with competitors. It might not be as appealing as Spotify, but it’s still a top contender to consider.

Determining the best music streaming services for your needs is a matter of personal preference. Gone are the days when your biggest concern was to choose your favorite iPod or MP3 player and manually transfer songs to your selected device. Nowadays, there are several music streaming services that make your listening experience easier, including Apple Music and YouTube Music.

Since the prices of the two services are quite similar, other factors will determine your decision. More importantly, are you strongly attached to iOS or Android? Some people touch both, while others prefer to stick to one or the other. If you’re an iOS devotee, you’ll probably turn to Apple Music. On the other hand, die-hard Android fans will probably prefer YouTube Music. The latter offers a free subscription level with ads, which is not an offer you’ll find on Apple Music.

Let’s start with the basics. Unfortunately, Apple Music doesn’t offer any sort of free plan with ads, which is disappointing for users who aren’t ready to commit to another paid monthly subscription. That said, you can opt for an individual, family, or student plan. The benefits of each plan vary a bit, but the gist is there.

The added benefits associated with a family plan may justify the higher price for some users. For example, there is a personal music library and personalized music recommendations for each family member. An Apple Music family plan offers unlimited access for up to six users. You think different music tastes might be a problem, but Apple does a good job personalizing Apple Music for each family member.

While using a music streaming service might seem straightforward enough, Apple Music does come with features that users might not even think of using. For example, you can easily buy a song that you have just heard and enjoyed. If you want to interact with friends, you can view and share playlists. You can also follow friends using Apple Music and see what they’re listening to lately. It is also very easy to add songs from Apple Music to your iCloud Music Library.

Another popular feature is to use Siri to control your listening experience. Apple has decided to take this experience even further with the new Apple Music Voice plan. Apple recently announced the new subscription tier, specially designed around the power of Siri.

Apple Music Voice Plan allows users to access the entire catalog through Siri for just $ 4.99 per month. The company claims that by using just your voice, Apple Music will be accessible to even more people around the world. This new plan was slated to launch in the fall of this year, but it’s still listed as “coming soon” on Apple’s site.

Signing up will also be easier than ever. Users will be able to subscribe to the Apple Music Voice plan through Siri by saying, “Hey Siri, start my Apple Music Voice trial”. Of course, you can also sign up through the Apple Music app if you prefer. Once you’ve signed up, you can request to have your music played on all of your Siri-enabled devices. This includes HomePod mini, AirPods, iPhone, or any other Apple device. You can also use the service when using CarPlay.

As you might have guessed, the main downside to Apple Music is that there is no free or ad-supported music tier. If you are a music enthusiast, you know that most other services offer this option. Apple offers the discounted student plan, and the new Apple Music Voice plan is a step in the right direction, but none of those are free.

Are you a frequent YouTube user? Maybe you are the host of a popular channel or you are a fan who regularly watches videos. Either way, YouTube users who are already familiar with the interface and enjoying it may prefer YouTube Music to Apple Music. After all, if this is a service you already use, why not add YouTube Music to it?

Let’s take a moment to remember Google Play Music. It worked well, but it was eventually replaced by YouTube Music. Given the current popularity of YouTube, it makes sense that Google would want to brand its new music streaming business of the same name.

The library consists of millions of songs, music videos and radio stations. If you accept the ads, you can get free access to YouTube Music. The main downside is that your screen must be on to use the free subscription level. As you can imagine, this is quite annoying and will kill your battery pretty quickly.

If you go for YouTube Music Premium, you’ll have the option to download songs, albums, and playlists right to your phone. This allows for easy offline listening when you don’t have an active internet connection available. You can listen to all your favorites without using data or connecting to Wi-Fi.

In addition to the premium individual plan, YouTube Music is also available as a student plan and a family plan. As you may have noticed, this is the same as Apple Music’s offerings except for the free tier option with ads. Users on a budget or those who are not yet interested in committing to a particular service will appreciate the free option. While YouTube Music does not currently offer a plan comparable to the Apple Music Voice plan, it wouldn’t be surprising to see something similar roll out in the near future.

If you are an Android smartwatch user, YouTube Music could be even more appealing to you. It’s not uncommon for smartwatches to offer music streaming and storage options, after all. For example, the Samsung Galaxy Watch 4 and the Watch 4 Classic both offer the YouTube Music app.

You’ll also be happy to hear that it’s available on the new Fossil Gen 6 models. Fortunately, it looks like Google is recognizing that this is important for Wear OS users. In fact, YouTube Music is now available on more Wear OS watches. So if this is a feature you want on your Android smart watch, YouTube Music could be a great option for you.

Like Apple Music, YouTube Music also offers a wide range of official songs and albums from the artist’s record label, while also featuring official music videos, live concert videos, fan covers, remixes. , etc. Considering the giant content reservoir, it’s no surprise that there are also millions of songs that aren’t in the official YouTube Music library or any other music streaming service library for that matter.

Apple Music vs YouTube Music: Which One is Right for You?

Although Android users don’t have to choose YouTube Music, and iOS users don’t have to choose Apple Music, this can be one of the main factors that helps you determine the music streaming service. of your choice. Many people want the smoothest experience possible. For iOS users, Apple Music is likely to be the service of choice. While there is no free tier available, the new Apple Music Voice plan might be enough to convince some users with its lower price tag.

If you are a well-established Android user, it makes a lot of sense to choose YouTube Music for many reasons. While some users may have found it difficult to cope with the departure of Google Play Music, Youtube Music did a great job filling these shoes. If you’re a wearable enthusiast, you’ll be happy to know that the YouTube Music app is also an option on some Wear OS watches. The free tier may contain ads, but it’s better than no music streaming service at all. YouTube Music is the way to go for Android users and those who aren’t married to Apple.