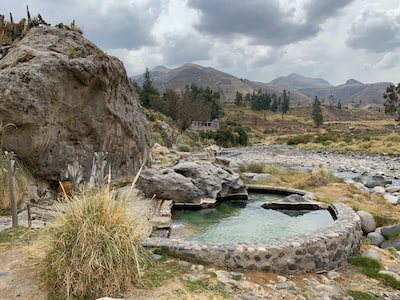 DICE introduced two temporary modes in Battlefield 2042 on PS5, Xbox Series, and PC. These are the 64-player variants of Conquest and Breakthrough, accessible from the All-Out Warfare menu.

You probably know it, but one of the arguments of Battlefield 2042 is to offer an unprecedented scale with massive maps and games for up to 128 players on PS5, Xbox Series and PC. Those who prefer tighter clashes will be happy to learn the arrival of Conquest and Breakthrough modes for 64 players, now available. On the other hand, it will only be possible to take advantage of it for a limited period, until an unspecified date. A first step before permanent integration? Let’s hope so. Remember that on PS4 and Xbox One, games are capped at 64 players because of the technical limitations of these old-gen consoles.

The developers of DICE took the opportunity to announce that the popular Rush mode and its playlist will remain available throughout the holiday season. As a reminder, we will have to wait until the beginning of 2022 for the launch of season 1. The FPS will notably welcome a new map, Exposure, a new Specialist, new weapons and even new vehicles.

Of course, the developers also continue to resolve the technical issues of the game, and narrative content is also in preparation in a new studio run by Marcus Lehto, one of the creators of Halo. Despite its failed launch, so we will have to keep an eye on Battlefield 2042.

Christmas is approaching and some games are preparing more or less new events to celebrate this festive period. Battlefield 2042 is no exception to this tradition and has just received additional modes.

If all has not been rosy since its launch on November 19, Battlefield 2042 can still count on a large community of players. As Christmas is on the horizon, DICE has decided to occupy fighters around the world with additional content. However, these “new features” are only available for a limited time.

It is not for nothing that the word “new” is surrounded by quotation marks. Indeed, the additions are not in reality at all new… On Twitter, Battlefield France announced that the Conquest and Breakthrough modes for 64 players are now available from the PS5, Xbox Series X | S and PC versions of Battlefield 2042. They can be launched from the All-Out Warfare menu.

Battlefield 2042: PS4 and Xbox One 64-player modes playable on next-gen, but not forever

The 64-player variants of Conquest and Breakthrough are currently available on PC, PS5, and Xbox Series X | S. However, this is only a temporary initiative.

Just because DICE won’t be offering a major update to Battlefield 2042 before the end of the year that it will not change its content one iota. The proof today with the addition of new modes on PC, PlayStation 5 and Xbox Series X | S, finally new for players of these consoles.

It is currently possible to enjoy it 64-player Conquest and Breakthrough modes, against 128 normally. These variants on smaller maps for tighter clashes actually come from the PS4 and Xbox One versions, where technical limitations have forced DICE to halve the maximum number of players per game. As this restriction offers a different approach and does not only lead to defects, these 64 variants could therefore also be of interest to the PC and next-gen communities, who can try them out. only for a limited time, until the end of the year celebrations.

The developers take the opportunity to slide the popular Rush mode and its playlist will also remain accessible over the same period, until a date that remains to be specified. A first step before it becomes a permanent mode?

Battlefield ™ 2042 is a thrilling first-person shooter that marks the return of the series famous for its large-scale combat.

The action takes place in the chaotic near future, in which you will have to adapt to the dynamic battlefields and emerge triumphant with the help of your squad and an arsenal of weapons and vehicles at the forefront. of technology.

With PlayStation 5 capable of supporting games of up to 128 players *, Battlefield ™ 2042 dramatically increases the scale of its battles taking place around the world. Join massive games, whether in the revamped Conquest and Breakthrough modes or the all-new Risk Zone mode.

As you may know, one of the arguments for Battlefield 2042 is that it offers a new scale with large maps and parts for up to 128 players on PS5, Xbox Series, and PC. Those who prefer to play in smaller groups will be delighted to discover the Conquest and Breakthrough modes for 64 players, available now. However, they will only be available for a limited period, until an unspecified date. A first step before permanent integration? Let’s hope so. On PS4 and Xbox One, games are limited to 64 players by default due to technical restrictions on these old-gen consoles.

DICE introduced two temporary modes in Battlefield 2042 on PS5, Xbox Series, and PC. These are the 64-player variants of Conquest and Breakthrough, accessible through the All-Out Warfare menu.

The developers of DICE took the opportunity to announce that the very popular Rush mode and its playlist will remain available throughout the Christmas period. As a reminder, the first season will not be available until early 2022. A new map, Exposure, a new specialist, new weapons and new vehicles will be introduced in the FPS.

Of course, the developers continue to work on the technical issues of the game, and a new studio, led by Marcus Lehto, one of the creators of Halo, is also working on the narrative content. Despite its failed debut, Battlefield 2042 will therefore be one to watch closely.

Battlefield 2042 Introduces One of the Most Popular Game Modes for PS5, Xbox Series X / S, and PC Users

We agree that Battlefield 2042 is not the video game fans have been waiting for. The launch of the new Battlefield installment has been eventful and the reviews are proof of that. However, its developers they did not stop working to implement improvements, balance the gaming experience And enter content. After listening to your community and introducing Assault Mode to Portal, a new update introduces another game mode claimed by PS5, Xbox Series X / S and PC gamers.

Until now, PS5, Xbox Series X / S, and PC users could only play Conquest and Advancement on 128-player servers. Meanwhile, on PS4 and Xbox One, the servers are 64 players. Due to terrible card design and the obvious imbalance of infantry and vehicles, many next-gen PC and console users have claimed 64-player mode for Conquest and Breakthrough. That is: to be able to choose FOR A LIMITED TIME to play with 128 or 64 players, since these platforms can support both modes.

64 player Advance and Conquest modes small cards with a slightly different design to those of 128 players. Ironically, the older generation cards have a more acceptable layout (in terms of target delivery) and a lower player density. Below you can see two screenshots taken during the Battlefield 2042 beta showing the orbital map in the old and the new generation.