SamaGame > Earth > [HOT] : Comet Leonard will pass near Earth on Sunday December 12, and you should be able to see it 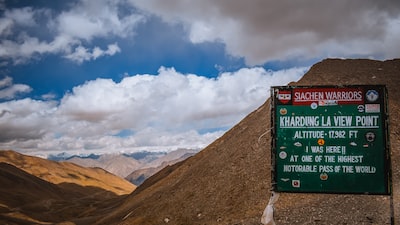 [HOT] : Comet Leonard will pass near Earth on Sunday December 12, and you should be able to see it

[HOT] : Comet Leonard will pass near Earth on Sunday December 12, and you should be able to see it

Discovered about a year ago, comet C / 2021 A1 Leonard will pass 35 million kilometers from Earth and will be visible from our planet to the naked eye.

Comet Leonard photographed on November 11, 2021. An image communicated by the Paris Observatory.

The astronomers of the Observatoire de Paris – PSL have made a celestial rendezvous for us: Sunday, December 12, 2021, comet Leonard will pass just over 35 million kilometers from Earth. There is therefore no risk of it ending up in your garden, but this distance is small enough for the visit to this “dirty snowball” – see box – to be visible from the ground.

Comet Leonard passes near Earth a year after its discovery

Comet C / 2021 A1 Leonard – its full name – was first detected on January 3, 2021 by Greg Leonard, from Arizona, with the 1.5m telescope of the Mount Lemmon Survey. A little less than a year after its discovery, its crazy space crossing will approach the Earth, from which it will be at 0.23 astronomical units (1 AU being the distance between our planet and the Sun).

A sight visible in the morning twilight

According to specialists from the Paris Observatory, “conditions are particularly favorable during this period” at the end of 2021 “because the sky is free of the Moon and the luminosity of the comet is increasing. It is currently a little brighter than magnitude 6 ”, which is the limit of what is visible to the naked eye. On December 13, 2021, Comet Leonard will be essentially visible in the morning twilight, “before its conjunction with the Sun”, that is to say before the glow of our star makes the space passerby invisible. And since the distances are considerable – we remind you that it will be 35 million kilometers from Earth – Leonard will seem to take his time to trace his route in the sky. First visible from the northern hemisphere, it is the south that will be able to benefit from it after December 16.

The comet, bright and dark at the same time

American astronomer Fred L. Whipple called them “dirty snowballs”. Mostly made up of ice (mostly water, but also carbon monoxide, carbon dioxide and hydrocarbons such as methane), comets are flaming because they become luminous when their ice sublimates. Yet they are the darkest objects in the Solar System. This is due to their cores. Possibly around ten kilometers in diameter, these cometary nuclei are indeed covered with a black crust, rich in silicates and carbon compounds, reflecting only 5% of sunlight.