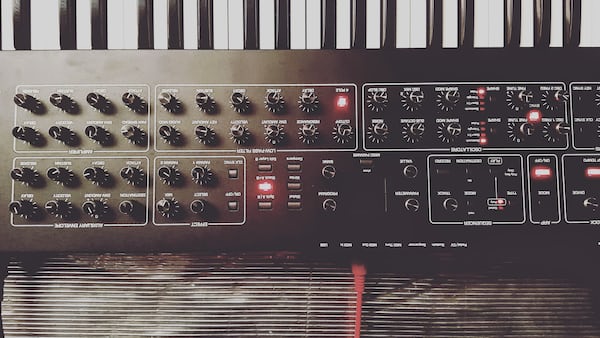 Cloud, video on demand, social networks, web conferencing, 5G, artificial intelligence, blockchain, cryptocurrencies, Internet of things… These technologies, tools and practices create unprecedented market opportunities for companies, and colonize the daily lives of individuals. But behind these “digital” and “virtual” developments hides a lesser-known world made up of servers, huge air-conditioned buildings 24 hours a day, cables and other relays which consume more than 4% of the world’s primary energy consumption.

Digital technology was therefore responsible for 3.7% of total greenhouse gas emissions in the world in 2018. 44% of this footprint would be due to the manufacture of terminals, data centers and networks and 56% to their use. And the evolution is exponential: in France alone, it is estimated that these emissions could increase by 60% by 2040, reaching 6.7% of the country’s total emissions. By comparison, the share of air transport is 4.7%.

The problem is serious enough for private digital players and public authorities to tackle it. Operators like Orange, for example, are communicating more and more about digital “eco-gestures” in favor of the environment. For their part, the GAFAMs wish to be virtuous by highlighting the green energy that powers their huge data centers and their efforts to reduce their environmental impact.

In France, the Senate launched in 2020 an information mission on the environmental footprint of digital technology and the Environment and Energy Management Agency (Ademe) published a practical guide on the subject.

However, as our recent study shows, not only do French Internet users feel relatively uninformed about the environmental impact of digital technology, but when they are, they do not want to change their habits. They attribute the responsibility to act to businesses and public authorities.

Several reasons are highlighted to justify this rejection of individual responsibility: the practices concerned (mobile Internet, social networks, video streaming, etc.) are so deeply rooted in habits and in people’s minds that they constitute a “social norm”. »From which it would be difficult – even stigmatizing – to move away; the belief that each technical progress generates its share of pollution and that it should be accepted in view of its many benefits; a certain skepticism about the reality of the problem (for a respondent to our study, “after all, 3.7% of greenhouse gases, that doesn’t amount to much!”); a sense of helplessness (“unsubscribing from Netflix will not solve the problem”).

However, most say they are sensitive to environmental issues.

These paradoxical motivations generate cognitive dissonance: Internet users are attached to the benefits of digital technology and inclined to adopt more and more digital services, but they simultaneously perceive the deleterious effects on the environment.

In the survey that we carried out, we studied the intention to adopt a simple solution allowing Internet users to reduce their ecological impact: adopting a “green” search engine that offsets its greenhouse gas emissions. place of the usual engine.

Our results show several avenues through which individuals can react to overcome their cognitive dissonance: some will simply downplay the severity of the environmental threat (which amounts to denying the problem), others will develop skepticism about the effectiveness. of the proposed solution, others, finally, agree to change their behavior and adopt the proposed solution (in the case tested, use an ecological search engine instead of Google).

Our results have several practical implications. First, the stakeholders concerned (digital start-ups, GAFAM, public authorities, environmental NGOs, etc.) must communicate more to raise awareness among consumers. As the ecological impact of “virtual” practices is very abstract in the minds of consumers, awareness campaigns would benefit from breaking down the ecological value chain into key stages to help individuals visualize the link between online behaviors and their effects. tangible environmental issues.

But in the face of digital ubiquity, informing the general public is not enough and can even be counterproductive depending on the way in which individuals deal with cognitive dissonance. In terms of R&D, companies must therefore focus on developing innovative solutions that are less harmful to the environment but just as functional.

They also need to reconsider the typical business model of unlimited access to digital content and include the indirect environmental costs resulting from data consumption. For example, service providers may consider factoring usage levels into their pricing model, or even adopt incentive pricing by offering consumers discounts when their usage is reduced.

Finally, it is essential to help consumers regulate their own digital behaviors, for example by providing them with online services or applications that would help them to better control their online behavior (for example, the screen time of Apple).

READ ALSO Elon Musk, the richest man in the world, has (almost) no money

Many tips can be offered to simply reduce your footprint: sort your e-mails, avoid sending large attached files to too many recipients, save the addresses of frequently visited websites in favorites, compress files before upload them to the cloud, select photos and videos uploaded to shared spaces, avoid streaming videos in 4K when HD resolution is sufficient, but also keep your equipment (smartphone, computer) longer.

The challenge of digital pollution requires the active participation of all stakeholders, and not just internet users. We cannot constantly offer them new uses that are always more rewarding and creators of value (saving time, convenience, etc.) but generating an ever greater consumption of energy, and at the same time asking them to bear these alone. consequences. The responsibility of consumers must not obscure those of companies and States; all three must act together to promote more sober economic models and lifestyles.

Laurent Bertrandias and Leila Elgaaied-Gambier won the prize for the best 2021 research article awarded by the jury of the 15th edition of the National Student Conference on Sustainable Development (ANEDD), in which The Conversation France participated.

This article is republished from The Conversation under a Creative Commons license. Read the original article.