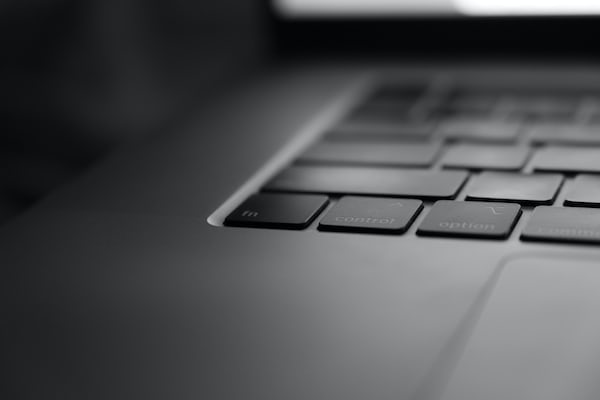 We were able to get our hands a few hours on an early version of an upcoming EA Sports flagship title, FIFA 22. The opportunity to learn more about the adjustments made to the license and the new technology, “Hypermotion”. We tell you all about our feelings with the controller in hand and the other gameplay new features announced.

In addition to the long-awaited major content and modes each season on FIFA 22, the other nerve of the EA Sports Vancouver licensing war is gameplay. The football simulation prefers to procrastinate to reveal the new additions of FIFA Ultimate Team, VOLTA or Clubs Pro and this week offered us the opportunity to test the title for the first time. Results of the races: a fairly significant change in approach, at least on the new generation of consoles.

Preview conditions We were able to attend a conference organized by EA Sports where Sam Rivera, the producer in charge of the gameplay of FIFA 22, told us a little more about this part of the game and its new features. After the conference, a PlayStation 5 code was provided to us to test the game and its current version in “Kick-Off” mode. This preview and our review are therefore spent on the next-gen version of FIFA 22.

EA Sports wanted to move up a gear regarding the transition to the next-gen, and proves it with the addition of exclusive “Hypermotion” technology to versions of FIFA 22 on new generation consoles. As shown in the trailer below, player movements were captured using sensors no longer individually (or with a maximum of two or three players) in studios like EA Sports as usual, but 11 vs. 11. on a soccer field, each player being equipped with special sensor jackets. Combined with certain technical calculations of a computer, this “Hypermotion” technology revealed new features, and therefore new animations for the players. But then, why not add it to the PC, PS4, and Xbox ONE versions? “We have reached a certain ceiling on current-gen platforms, the new consoles give us more memory and therefore more possibilities to add new gameplay features” conceded Sam Rivera.

There are new animations in these novelties on the reflex stops of the goalkeepers after countered crosses, tackles to save more realistic touches or corners. And more finely, attitudes and head movements, hands on hips, different behaviors for each player in a free kick wall, discussions between opponents and teammates on the field … In all, more than 4,000 new animations, whether fine or more remarkable are promised for release on October 1st.. In addition, the steps of the players will no longer be regular before the control of a ball as was the case previously, but adjusted when the leather arrives (steps and runs slowed down just before the control, etc.).

In fact, the addition of these little animations is nice, but only hardcore purists will notice them. When we played the preview version, it was especially the aerial duels that delighted us. The battles to win the ball over the head are more immersive, often different, and take the motor from arm-to-arm contact, as is the case. The players do not hesitate to play with their arms to dominate the vis-à-vis and take the ball with their heads. Another special mention in favor of Hypermotion, the race and the movements of some players are really very close to reality, such as the movements of N’golo Kanté or Kevin De Bruyne.

The notable contribution of Hypermotion is also the new tactical AI. Artificial intelligence is now much more reliable collectively and the movement of the defensive block is quite consistent with reality. In this sense, the defensive lines are less spaced than on FIFA 21, especially in midfield. It will therefore be necessary to build in passes to find the lags more than in dribbling or to pass to the sides. More space on the wings, a choice assumed this year by Sam Rivera and EA Sports. Also, the goalkeepers have been redesigned and more effective in one-on-one than usual during our testing phase. Two good things to avoid the river scores of FIFA 21, even if the gatekeepers and their behavior will be reworked before the release (damage?).

Unfortunately, this addition is directly related to the Hypermotion, and it is not known if some part of this technology, admittedly exclusive to the next-gen, will be present on PS4, Xbox ONE and PC. We hope all the same, to avoid having a too obvious copy-paste on the grounds of the current-gen. Finally, the other notable novelty is changing the physics of the ball. Most of the bounces and trajectories seemed to be remotely guided towards the players on the old games? EA wanted to solve the problem by making the long passes and bounces of the leather more realistic. An addition unfortunately not verified on the preview version, because still in development.

As a bonus, Sam Rivera also unveiled a novelty that we could see at the end of our matches on the preview version. The statistics screen has been completely reworked and is now much more complete. Exit the simple detail of possession, shots, shots on target or tackles, we can now dissect possession between the start of the match until the 15th minute, from the 15th to the 30th, from the 75th to the end of the match, etc. The expected goals make their appearance (a statistic based on an algorithm showing for each strike the probability of obtaining a goal: the closer the number is to 1, the more the goal is probable, the closer it is to 0, the greater the chance of score is low.), types of shots, shot distance, player heatmaps, duels won… So many new details that will delight FIFA players, fans of Football Manager.

If we compare the preview version tested a few hours of FIFA 22 and FIFA 21 on PS5, the change is quite visible. The spaces between the lines are much tighter, and the passing play will be much more important to create lags, even with the new physics of the ball. With this overview, we can say that it will also be easier to take charge of the defense than last season and thus avoid river scores. A good omen therefore, even if the Hypermotion technology, still in the development phase and exclusive to next-gen, was only felt during aerial duels. In addition, it is impossible to judge whether the situation will be the same on the current generation of consoles, and for online modes. See you later in the year for news on the game modes, and on October 1 to see if FIFA has found the balance requested by players in terms of gameplay.