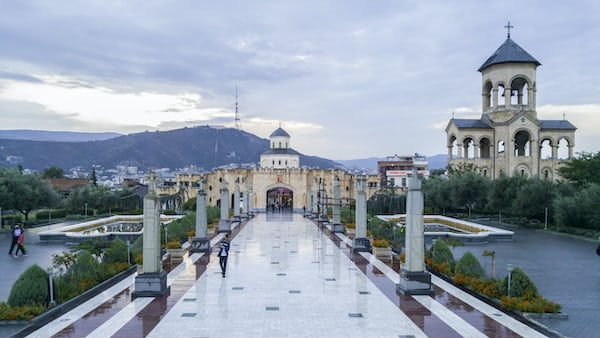 Final Fantasy VII Remake has been out for a little over a year now, and after a long wait, we can say in hindsight that players’ patience will have been duly rewarded with this lavish remake, which was almost expected. not much. Only downside, this was only part 1, and it may well be that the wait will be very long again before we can have even in-game images of the sequel. . Fortunately the PS5 has arrived, the opportunity for Square Enix to offer Final Fantasy VII Remake Intergrade.

This version exclusive to the new Sony machine naturally includes a technical upgrade of the base game, but also a DLC exclusive to the PS5 (also sold separately) offering an experience centered on the character of Yuffie, so we’ll see if the technical flaws of the original game have been corrected, but also and above all to see if the DLC entitled Intermission is worth its weight in Gils or not.

When it was released in 2020, Square Enix’s game had a lot of qualities, but we could see very clearly that it was making a PS4 spit its lungs on the kneecaps. To keep some form of visual balance, sacrifices had to be made, and we ended up with low definition textures that weren’t always very shiny, others that just didn’t show up, backgrounds in the form of. ultra compressed jpegs that stained, etc. Final Fantasy VII Remake Intergrade was therefore eagerly awaited on this point, having to correct all the technical faults of the original game, or at least reduce the things that were most obvious.

Technically this new version keeps all its promises and brings us a rendering that is just incredible in many ways, which did not fail to give us a little visual slap. The graphical increase and the correction of display bugs finally make it possible to no longer be bumped on the road, which reinforces the immersion and makes it much more intense than the original. But even more, it is the contribution of 60fps that has clearly changed our lives. You will have the choice between a 4K graphics mode and a 60fps performance mode adopting a resolution of 1440p, but as so often, the difference in image sharpness is really minor, we would choose 60fps every time without any hesitation.

The fluidity that 60fps brings makes the experience much more enjoyable, especially on our screens which tend to get bigger and bigger, and where we have felt it the most is during the fights. Several times we have switched from one mode to another to see the difference and there is not even a match. Even if the 30fps is ultra stable, the readability and the density that 60fps brings to the combat phases is just incomparable.

However, to finish on the technical aspect, Square Enix did not work miracles either, and there are still small imperfections here and there, and this was inevitable for a game that had not been developed at the base. on PS5. But overall it’s a nice gap that you will have when switching to this version, especially since the upgrade is free, so you might as well have fun!

So now we come to the exclusive DLC of the PS5 version, the one for which you will have to offload 19.99 euros if you want to indulge in it, and if we enjoyed the experience, we still remain mixed on this point. As a fan of the license in general and a fan of the remake in particular, we absolutely loved coming back to the town of Midgar to follow Yuffie’s adventures there. However, we will see that everything is not as idyllic as hoped, especially as regards the content.

But let’s start already with the positive of this DLC. Entitled Intermission, it will invite you to return more or less to the middle of the story of Final Fantasy VII Remake Intergrade, but to experience a parallel story, not with the Avalanche group, but with Yuffie surrounded by new characters. This is a golden opportunity to discover a little more this little ninja from Wutai, in the way they had already deepened the background of other characters like Jessie for example.

We therefore take great pleasure in following his adventure, and especially in discovering his gameplay characterized by various ninja techniques. Here we really appreciated the synergy between all the actions of the palette at our disposal, which ultimately gives a result as dynamic as the extravagant temperament of the character. As we could have imagined, we quickly chain attacks, we easily dodge those of the enemies, and Yuffie’s shuriken plays an essential role in the different phases of attack and approach.

When you’re not fighting you might want to relax around a part of Fort Condor, and that’s good, since you’ll have a whole bunch of players to face in the slums. The rules are pretty basic, it’s tower defense like Clash Royale. You define the units you will have at your disposal during the game and you deal with what you have in hand to defeat your opponent. The idea is really great, we quickly get caught up in the game, but the problem is that there are really too few opponents to face, and the difficulty of the Champion is clearly not sufficiently raised. to bring us a real challenge to overcome. However, as addicting as any tower defense of the genre, it clearly deserves to have its own game.

However, as addicting as it is, it won’t make us forget the lack of content in this DLC. History may teach you interesting things, and have little surprises in store for you, the fact remains that you will have completed everything in 2 to 3 hours without forcing, all while spending 70% of the time in settings that you will have already seen in the base game. Technically, the DLC has nothing to envy to the base game, it’s also neat at all levels, but even if everything is nickel from the point of view of the realization and the staging, there is none left. nonetheless, you might not feel like you got your money’s worth, especially if you’re not an absolute fan of the game.

Final Fantasy VII Remake Intergrade is far more enjoyable in this PS5 version. The graphic increase, but especially the contribution of 60fps really allow the game to breathe more and to refine our immersion in Midgar even more. There are still a few tiny cosmetic snags, but don’t worry, most of you will probably miss out on them without realizing it.

By the way, overall, this PS5 version of the game represents the best way to find out if you’ve never had it in your hands. You will have all the graphic benefits of this version, the Intermission DLC, and all on the same cake without having to upgrade on one side, and buy the DLC on the other.

However, even if it remains a very pleasant experience, the DLC being clearly a bit sparse (3 hours with the appendices), and not teaching us anything essential to understanding the next part of the game, if your goal is simply to experience the base game in its best version on PS5, we could only advise you to buy the PS4 game and upgrade for free.